The program will allow officers to charge a person with misdemeanors by issuing citations instead of taking a person to jail. 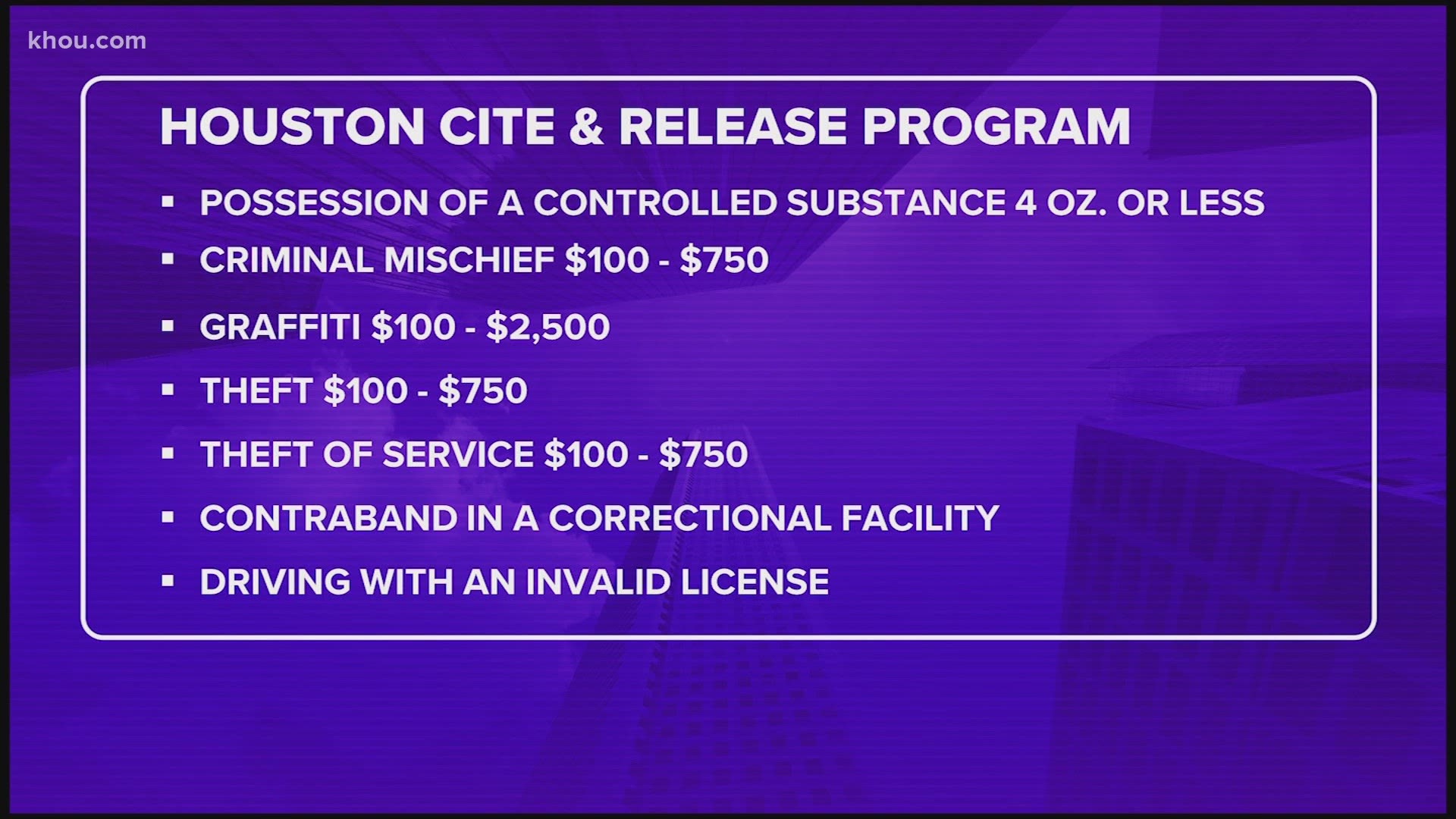 HOUSTON — Suspects accused of some misdemeanors in Houston will soon be released rather than taken to jail.

According to HPD, the Cite and Release program will allow officers to charge a person with certain class A or B misdemeanors by issuing a citation instead of taking the person to jail.

This program has been implemented in other cities to reduce the jail population and reduce response times for officers.

"This is equivalent of being given a second chance on the spot as long as the offender meets the requirement," said Houston Mayor Sylvester Turner.

Under the program, the following have been listed as offenses permitting a citation in substitution of an arrest:

Not everyone will be eligible to participate in HPD's Cite and Release program. The following are listed as disqualifications: