In a letter sent out Monday, the mayor described the Trump administration's refusal to cooperate with President-elect Biden's transition team as "dangerous." 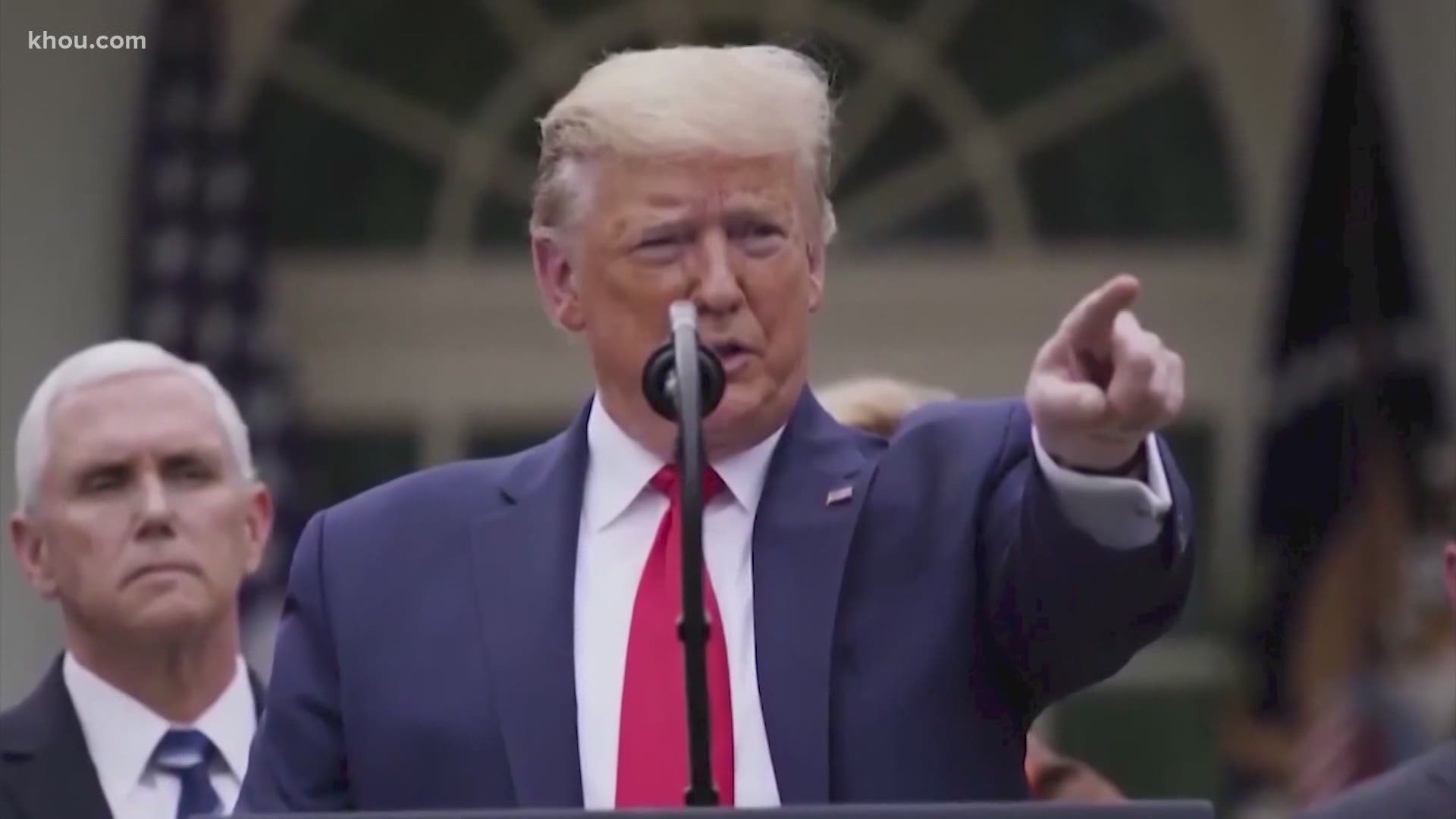 HOUSTON — Mayor Sylvester Turner is concerned ongoing presidential election drama could trickle into serious consequences for Houston residents as the city prepares to provide vaccinations and other resources during the coronavirus crisis.

In a strongly-worded letter sent Monday, the mayor urged Congressman Gerald Connolly, the chairman of the U.S. House Subcommittee on Government Operations, to "face reality" and acknowledge Joe Biden as the nation's next president.

"During my time as mayor, I have been cautious when navigating disagreements with the Trump administration. In this instance, I believe the consequences of not coordinating with the incoming Biden administration on vaccine distribution were best summed up on November 16th by the president-elect himself: 'more people will die.'"

My letter urging House Subcommittee on Government Operations to demand answers from GSA regarding refusal to begin transition to President-elect Biden. Read it at https://t.co/yyT6gW2qcs pic.twitter.com/xLVubhPoIG

Turner explained that Connolly's cooperation, as well as from Government Services Administration Administrator Emily Murphy, with President-elect Joe Biden and his transition team are vital to COVID response on a local level.

"[Murphy] needs to face election reality. Her continued intransigence is simply dangerous," Turner said. "Vaccine distribution— even in the best circumstance — is difficult, especially in Houston."

RELATED: Who gets COVID-19 vaccine first in Texas? The state just put out guidelines

RELATED: First COVID immunizations could arrive in the U.S. on Dec. 12

Cooperation is of considerable concern now as daily case numbers have doubled and a second surge of infections is expected through the holiday season nationwide, Turner said.

The mayor  pointed out that Houston, which houses one of the nation's largest medical centers and fourth most populated city, is already facing obstacles within its most vulnerable communities. He said Houston has the most uninsured residents and many who rely on Medicaid programs.

"I urge you to take action now," Turner wrote. "Houston is depending on you."

For the past several weeks, Trump has taken legal action in an attempt to overturn the 2020 presidential election results— pushing unsubstantiated allegations of voter fraud and demanding ballot recounts in several key states including Georgia and Pennsylvania. Most of these efforts have proven costly and futile as judges turn down his claims and lawsuits.

Both Republicans and Democrats from all levels of government have expressed concerns delaying the transition of presidential power could result in serious consequences for the United States, from comprising national security to escalating the impacts of the coronavirus crisis.

RELATED: Peaceful transfer of power? Not yet. Trump refuses to concede, delaying start of transition process