What may look like a simple Thanksgiving meal was a prayer answered for nearly 70 formerly homeless Houstonians. 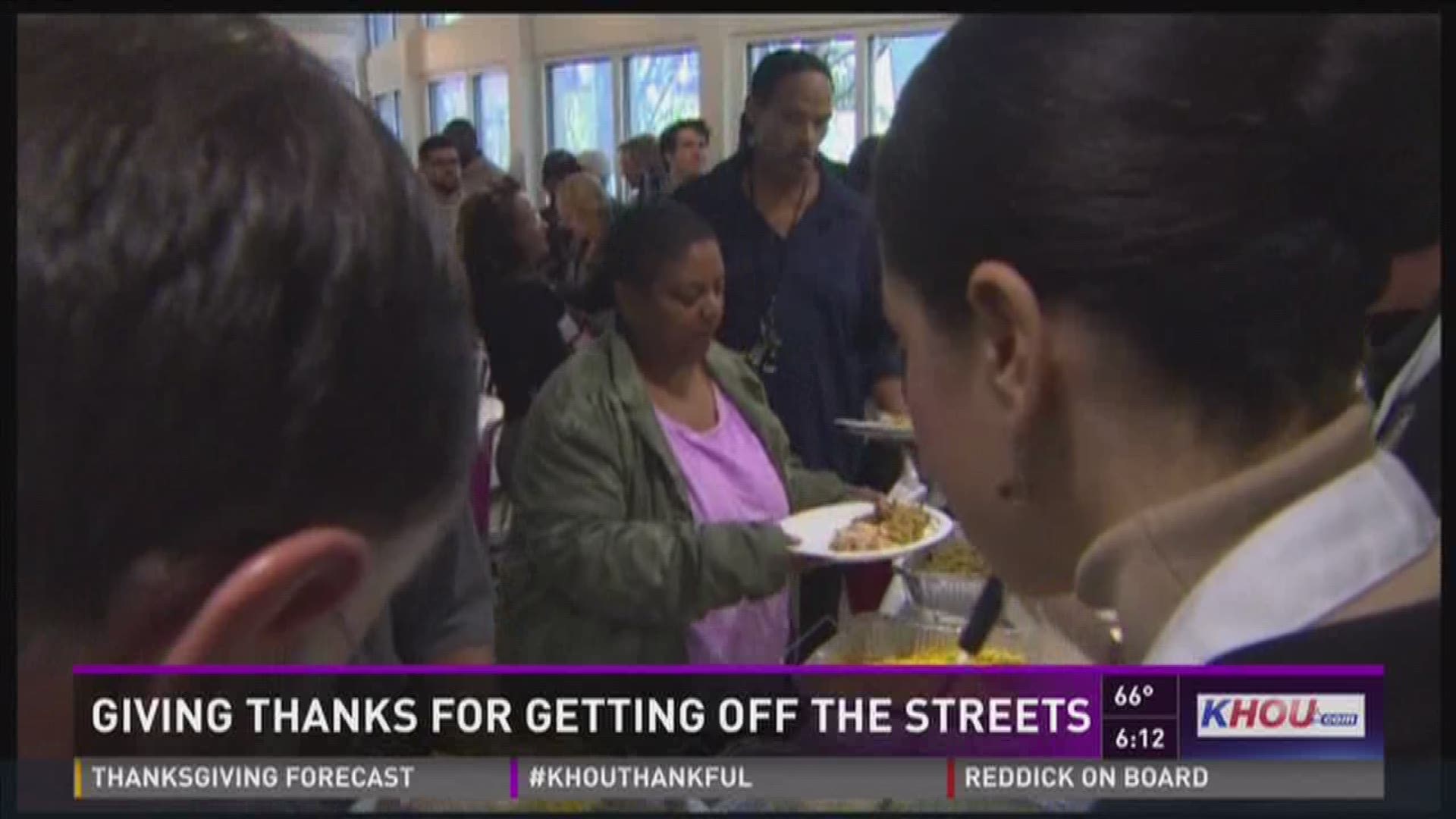 What may look like a simple Thanksgiving meal was a prayer answered for nearly 70 formerly homeless Houstonians, grateful after getting a hand up in escaping life on the streets.

“The Man upstairs, he made a way for me to make it back on my feet,” said Patrick Allen, a resident of New Hope Housing in north Houston, a supportive housing community.

Allen is not only on his feet, he also now has a roof over his head, just like his neighbors.

“There was a time I was desperate,” said A.Q. Zeleke. “The streets, there’s nothing good about it, man.”

Mayor Sylvester Turner and several City Council members passed residents plates of turkey and all the fixings on a day when they’d usually be passing ordinances at City Hall.

“I got served food by the mayor. I take picture,” Zeleke said. That was blessing, man.”

“Quite frankly, we’re the ones getting the blessing,” said Mayor Turner, after the event.

All 160 of New Hope’s studio apartments are currently occupied by people making less than $10,000 per year, each of whom pays the $500 monthly rent or has someone pay it for them.

“Even junk mail can be exciting if you’ve never had it before,” said Joy Horak-Brown, President/CEO of New Hope Housing.

“That mailbox is the key to feeling that way,” she said.

New Hope is just one component of the city’s ongoing strategy to end homelessness: house them first, then help them with other needs.

Marc Eichenbaum, Special Assistant to the Mayor for Homeless Initiatives, says that mindset has been key in collaborating with more than 100 agencies and groups and slashing the number of homeless living on the street by more than half since 2011.

“From ER costs to ambulance runs to police costs to cleaning up the streets, it’s very expensive responding to our individuals living on the streets in Houston,” Eichenbaum said. “Our chronically homeless, our most vulnerable, just 2,500 of them cost Houston-area taxpayers over $103 million annually in responding to them. By housing them, we can cut costs up to 70 percent.”

Eichenbaum says eight outreach teams spread across the region, assess each homeless person to figure out what the best housing situation would be, then connect them with resources.

He says there’s still a housing waitlist for both short-term and chronically homeless, and the city is still looking for community support.

For more information on The Way Home, tap/click here.