'I could not have been more proud': Mayor lauds Houston's peaceful George Floyd protests

Over the weekend, Houston did not experience large riots, looting and violence seen in other major U.S. cities during 'Justice for George' protests 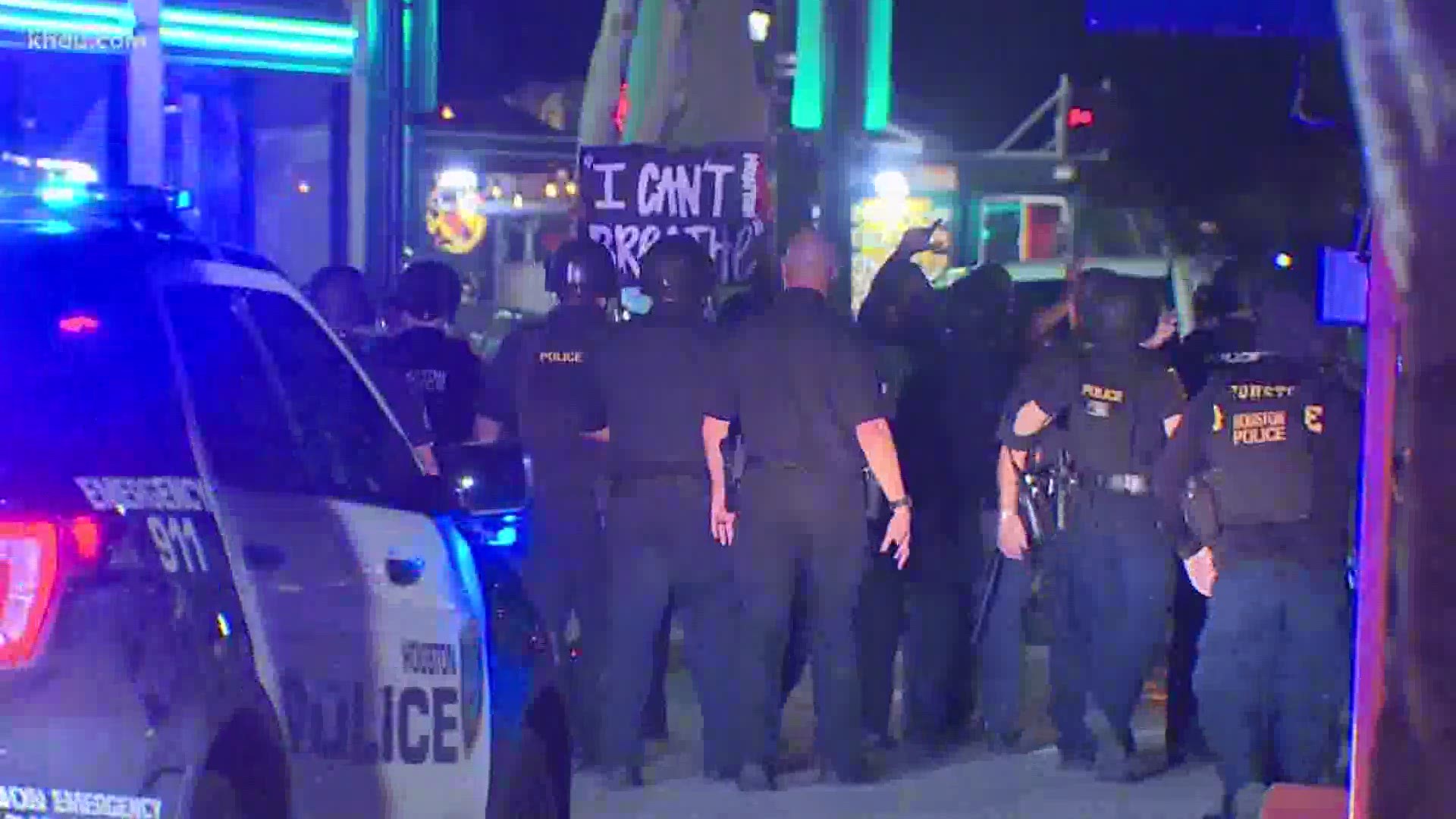 HOUSTON — On Sunday, Houstonians at Resurrection Metropolitan Church near the Heights stood in silence for 8 minutes and 46 seconds, the amount of time a Minneapolis police officer pressed his knee into George Floyd's neck.

All you could hear was the rain and cries of heartache.

The candlelight vigil at Resurrection Church was one of several ways Houston is mourning Floyd's life and protesting for justice.

"There's a tendency to lump all cities together," Mayor Sylvester Turner said. "From Houston's perspective, as the Mayor, I could not have been more proud of how the city responded yesterday."

Turner said 98% of protesters did so peacefully on Saturday. There wasn't much property damage and violence to report. Houston police arrested 270 people Saturday mostly for blocking roadways.

"I'm not here to tell people how to protest, but I'll support everyone out there who is taking action because we can't be silent and we can't be policed with how we express ourselves," activist Ashton Woods said.

BLM said the protests will continue in the days ahead. Another major protest is scheduled for Tuesday when members of Floyd's family will march to City Hall.

Houston remains one of the few major U.S. cities without a curfew in place. Turner is calling on all Houstonians to continue to honor Floyd's memory the right way.

"My hope is that things will stay peaceful in Houston," Turner said.

Houston Police Chief Art Acevedo announced HPD has offered to provide a funeral police escort to Floyd's family when Floyd's body returns to Houston for burial. He says it's their way to honor Floyd and his family. No word yet if the family has accepted HPD's offer.