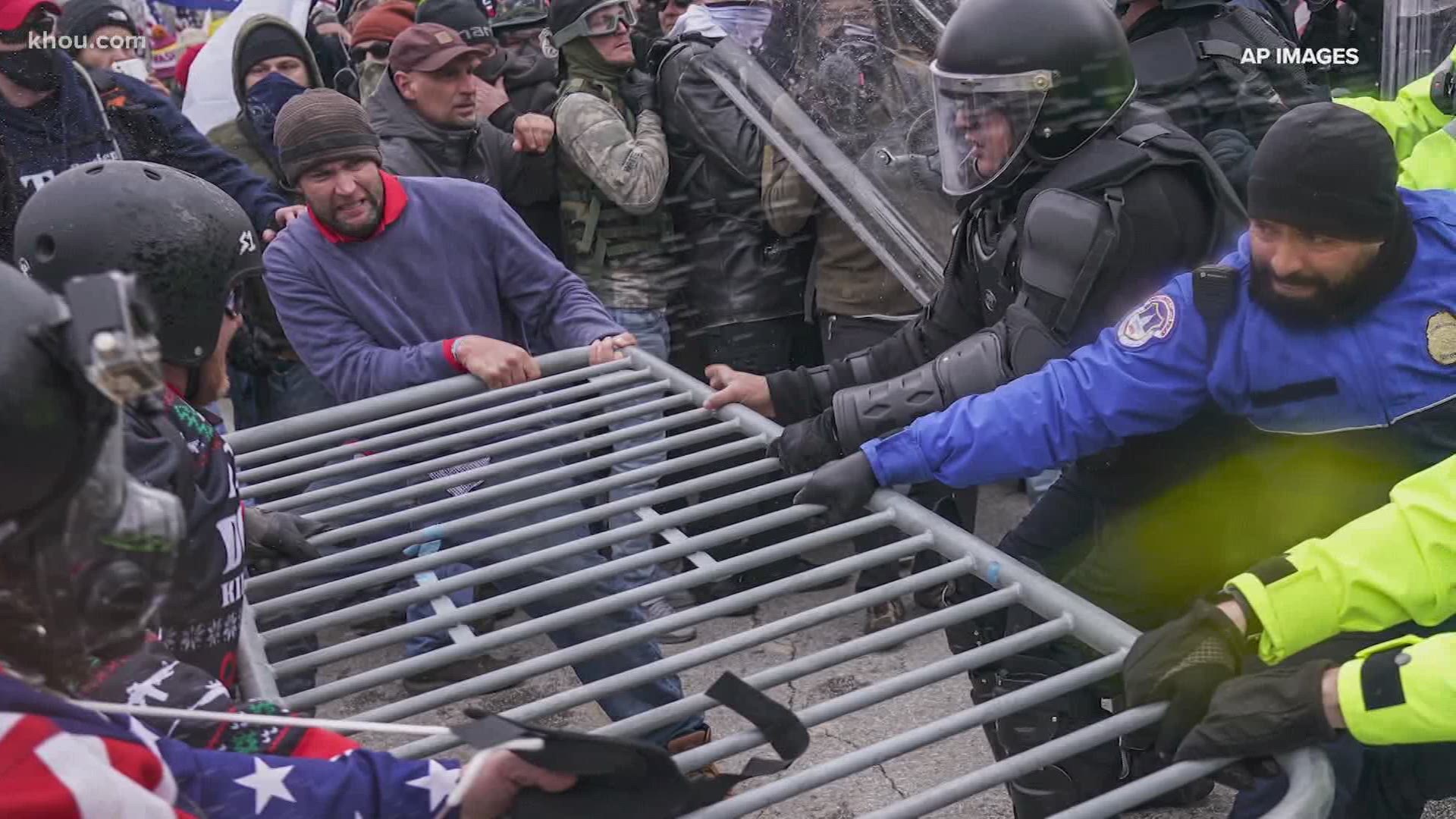 HOUSTON — Many are calling it a "double standard" as civil rights leaders and activists blast the lack of law enforcement presence and force used in the riots at the U.S. Capitol, saying the crowds were met differently Wednesday compared to Black Lives Matter protests months ago.

In a fight for social justice, they marched all over the country. From Houston to Los Angeles, even in Washington D.C. But for many who marched in those protests, watching the attack on the Capitol was unbelievable.

“The reality is, if that had happened, and it was Black people, there would’ve been body bags," said Ashton P. Woods, founder of Black Lives Matter Houston.

“We are met, no matter where we are with full tactical gear, outside law enforcement agencies, and these guys, through their white privilege, you know because there was women there, too, white people, white privilege, they were just let through. They are seen as not threatening," Woods said.

"If you start the fire, you are responsible for the fire. And America should not applaud people who started the fire and then condemn the violence after the fire erupted. You should get no credit for that," Turner said.

If you look at the numbers alone, D.C. police say they arrested 69 people Wednesday related to unrest.

In contrast, they made 289 arrests on June 1, the height of Black Lives Matter protests there.

But lawmakers on both sides are vowing an investigation into what happened, saying the lack of police presence could’ve led to something much worse.

"The first thing that has to happen is to those accountable for failing to hold the Nation's Capitol while the Congress was in session," said Sen. Lindsey Graham (R-South Carolina).