She's a member of two golf hall of fames and now she's walking down a path that no woman has walked before. 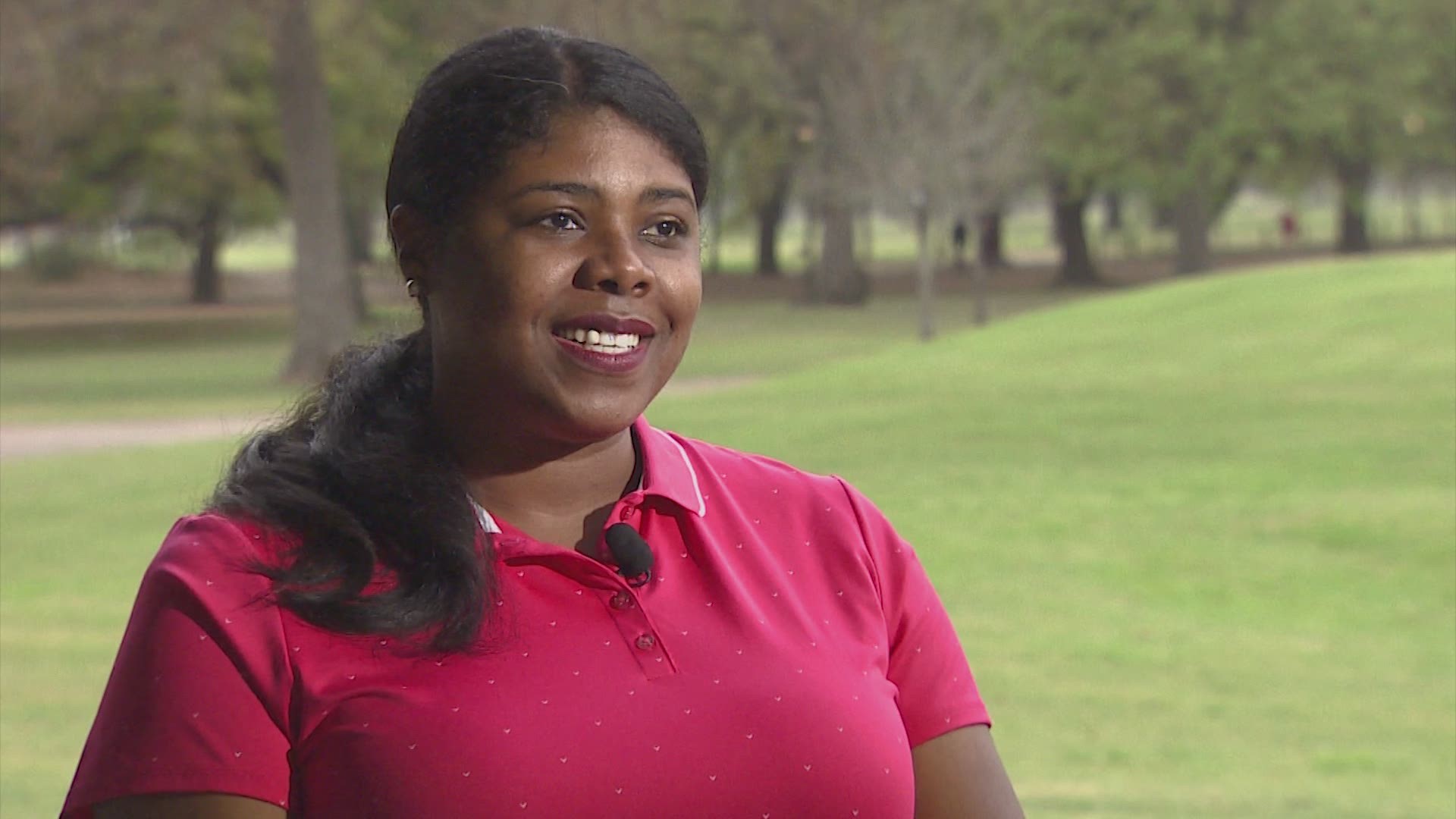 HOUSTON — She's blazing a trail in a golf cart. At one time, though, Maulana Dotch didn’t even know which paths were available to her.

"So when I got into the golf industry, I wasn't really sure exactly what I could do, you know, what the possibilities were," she said.

Now, she's at Houston's Hermann Park Golf Course, built in 1922, as its General Manager. The Professional Golfers' Association of America (PGA) announced that she's the first and only Black woman and PGA member to hold that position in the country.

"I'm a little bit used to it because there are not many Black women in golf," Dotch said.

When she was in high school and playing junior golf?

Even on her college team, surprisingly, at Florida's Bethune-Cookman University, a historically Black university, she was the only Black woman on the team.

So, in her new role, what does a general manager do? It's more, like, what doesn't she do? Supervise staff, tournaments, events, merchandise - all of it.

"I know how Hermann Park is on the map, but I want to step it up, you know," Dotch said.

She's from Irving and her new position is a step up from her last job where she was the head teaching pro at Cedar Crest in Dallas. She worked there for more than a decade.

"What I've tried to share with her is, is that you know, 'You've earned this,'" said Ira Molayo, the general manager at Cedar Crest. "I knew it was the next sensible step for her. And it was something that she always desired; we always talked about, as well. So, the job wouldn't be too big for her with her pedigree."

What comes next? Dotch knows to not put the cart before the course. But part of her plan is just to be seen.

"That's my goal here is to definitely get involved and become a mentor to some of the girls," Dotch said. "Just so they can see ... come to the golf course, see what I'm doing, you know, that you can do this job. This is nothing that's out of your range."

And now that Dotch is in the driver’s seat, she hopes to leave a trail wide enough for everyone.