Officials say several buildings and cars were burned. No injuries were reported. 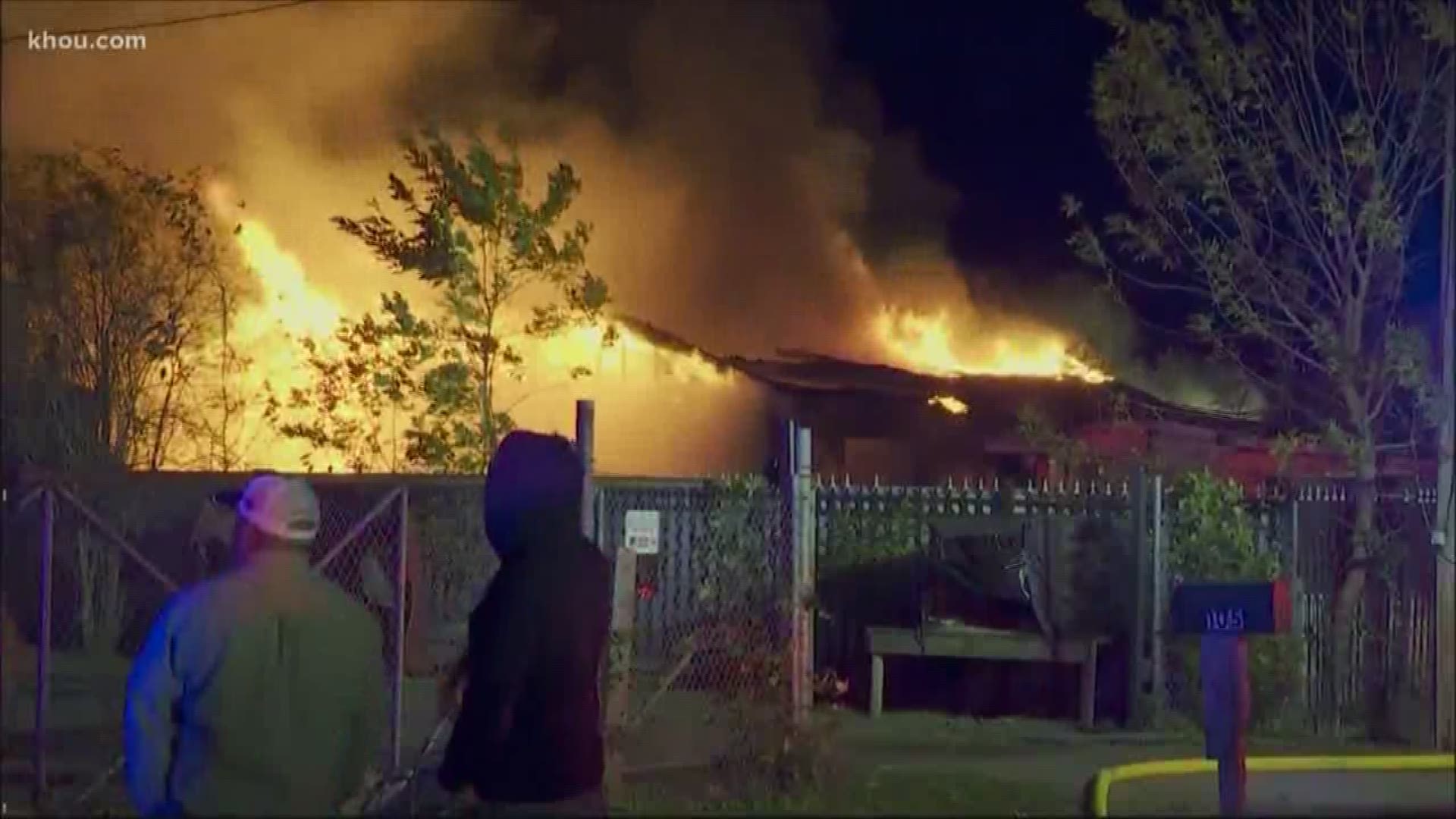 HOUSTON - Firefighters from several departments managed to knock down what was a two-alarm trash fire that spread to a scrap yard in north Harris County.

This happened Thursday night at the shop near Airline Drive and West Mt. Houston Road.

UPDATE: Last night's fire at this north Harris County auto shop has been blamed on strong winds bringing down a powerline, the @hcfmo says. The fire has been ruled accidental. #khou11 pic.twitter.com/zcEuCP8Q6o

In a written statement, Fire Marshal Laurie L. Christensen said strong winds contributed to the failure of the main power line leading into the business office at OG Recycled Motors."

The damaged power line created a power surge into the business office, Christensen said, which caused the failure of a fluorescent light fixture.

Christensen said Sparks from the fixture ignited packing materials, which started the fire.

#BREAKING Firefighters from several departments are working to get a quickly growing fire under control in North Harris County. The wind isn't helping. Several buildings, and a few cars are burning. This is at a tire shop near Airline Dr and West Mt Houston Rd. #khou11 pic.twitter.com/yWFxWJUgNH

Plus, officials say they had trouble finding working fire hydrants. At one point they ran out of water then had to scramble to find another water supply. It took bringing in 15 tankers full of water to put the flames out.

Officials say several buildings and cars were burned. No injuries were reported.

Family of the business owner showed up around 9 a.m. Friday to let the fire marshals in and to get some documentation of their own. They didn't want to speak with on camera, but they said they don't believe the business has insurance.