HFD investigating cause of large warehouse fire near Tomball

The fire broke out Saturday afternoon. No injuries were reported. 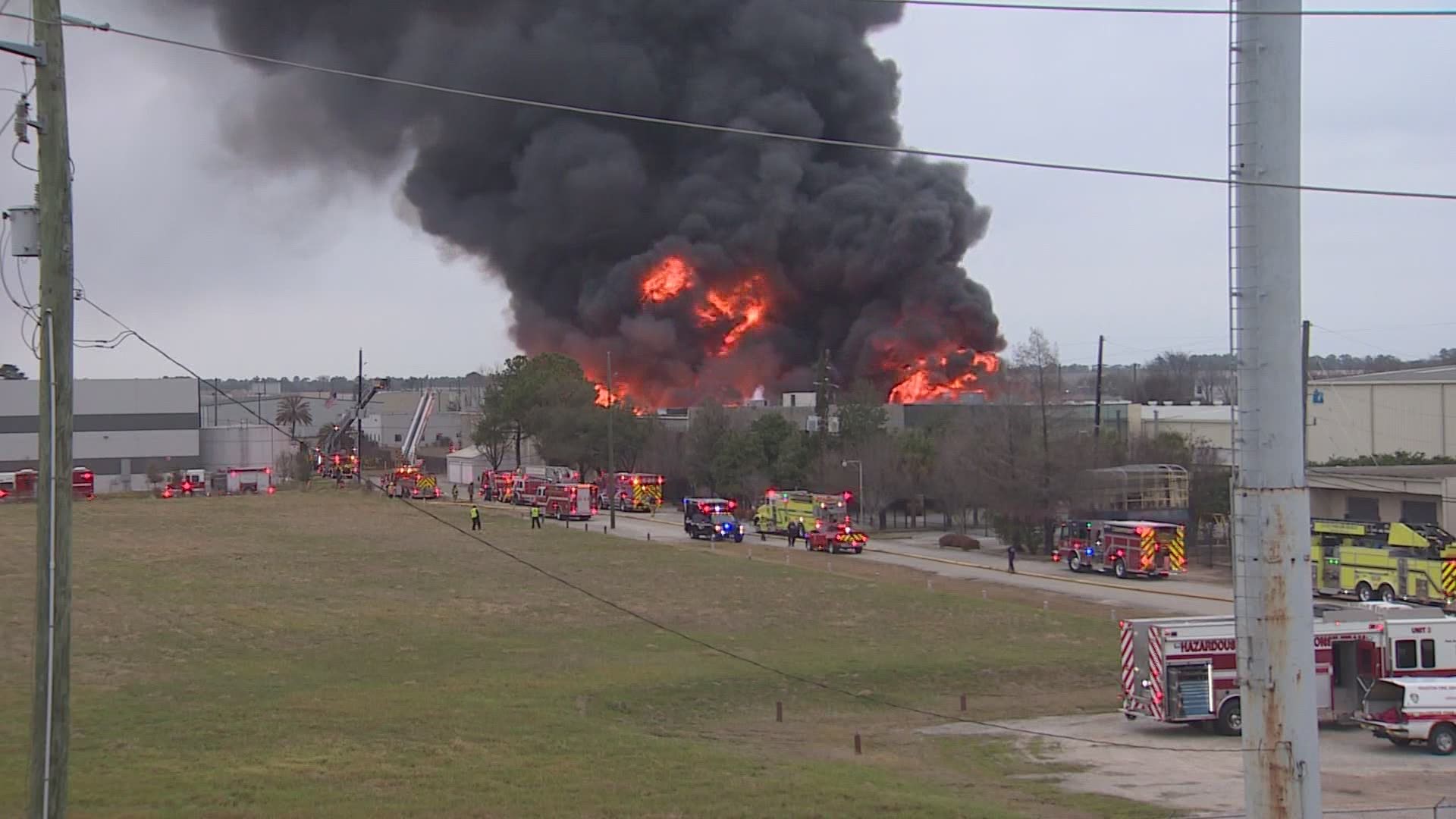 HOUSTON — Multiple firefighter units and HAZMAT crews responded to a four-alarm fire at a warehouse on Saturday afternoon along SH-249 and the Beltway near Tomball.

Investigators are still unclear of the cause. Fortunately, no injuries were reported.

The Harris County Fire Marshal's Office confirmed the building had been vacant for two years. It's currently owned by IQ Products Company, which supplies household, automotive and personal care products.

The fire happened on the storage side of the building where they keep the finished products.

HCFMO HAZMAT and fire investigators are responding to a large fire in the 16200 block of SH 249. Please avoid the area, this is an active scene. More information as soon as available. pic.twitter.com/KGGP0OgBco

“And then you could start hearing aerosol cans popping off. Bam. Bam. Bam. We were safe at the distance we were at and then after a while, police came and said, 'We’d like all of you guys to pull back. You’ve got 20 seconds to leave,'” witness Paul Kalimantan said.

Video also showed multiple fire trucks at the scene as they worked into the night.

Firefighters initially had issues accessing water to fight the fire, so tankers were brought in to assist.

“One thing the fire department does do is preplanning so they know where the hydrants are around here and they knew they were going to have an issue with water which is why they went to multiple alarms to bring more tankers in so they could get more water faster,” Rachel Neutzler, with Harris County Fire Marshall’s Office, said.

The warehouse was also once used to store WD-40 products, officials said.

WD-40 is an American brand and the trademark name of a water-displacing spray. The company also makes penetrating oil, lubricant, cleaner, degreaser and solutions to protect against or remove rust.