They're discouraging bar and clubs owners from hosting super spreader events as Texas prepares to fully reopen on Wednesday. 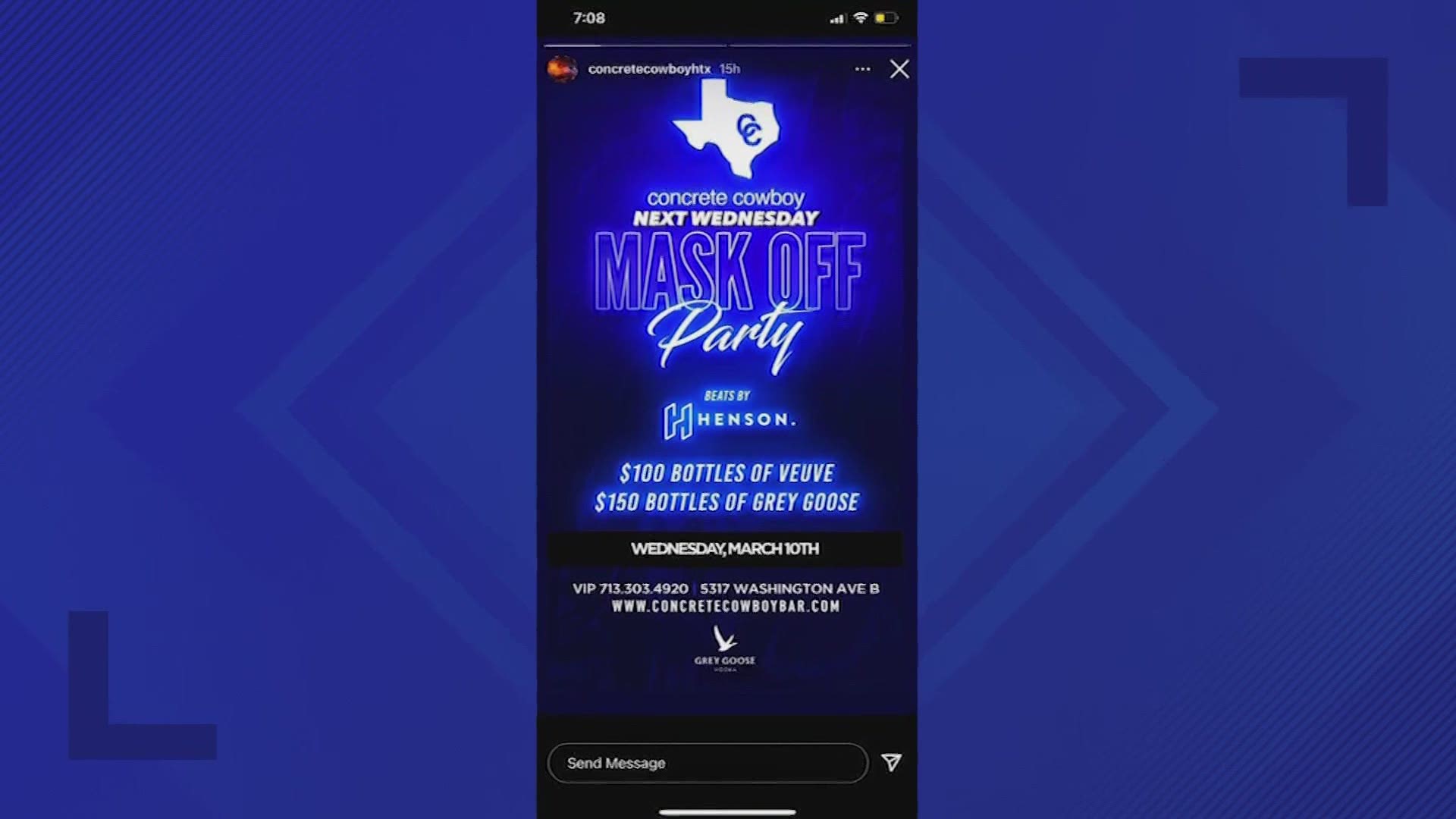 HOUSTON — March 8 Update: Houston Mayor Sylvester Turner said the owner of Concrete Cowboy has canceled the party and will be closed on Wednesday.

A Houston bar is reportedly planning a "mask off" party to celebrate the end of the statewide mask mandate, and local elected officials are demanding organizers cancel it.

The party appears to have been promoted through an Instagram story on the bar's social media account.

KHOU 11 reporter Matt Dougherty is following this story. He's reached out to the bar for comment. We'll update this story when or if he hears back.

Turner reminded the public that at least five variants of the coronavirus have been detected in the Houston area. He added health officials are concerned about a fourth coronavirus surge once the state is fully reopened despite ongoing vaccination efforts.

"What I'm hearing more and more of is that promoters across the country are saying that because Texas is fully opened— because they can't hold their events in their respective cities, in their states— they are bringing their events to Texas," Turner said. "And that poses a serious risk."

Last week, Gov. Greg Abbott announced the statewide mask mandate will be lifted and Texas businesses will be allowed to fully reopen Wednesday.

The announcement was met with mixed reactions from local officials, including Turner and Harris County Lina Hidalgo, who fear lifting coronavirus restricts could lead to more infections.

They're also concerned opening the state too early could jeopardize the progress made in lowering hospitalizations. It's their hope, residents will continue wearing masks and following COVID-19 safety habits like social distancing.

Meanwhile, other policy makers, such as Montgomery County Judge Mark Keough, applauded the governor's decision. Many had been advocating for Texas reopening to save struggling businesses and feel facial coverings should be a personal choice.

RELATED: Here are the mask policies for Houston-area grocery stores as the Texas mask mandate comes to an end