His age and health kept him from the George Floyd rally downtown, but he took to the sidewalk outside his church and has occupied it most mornings since then. 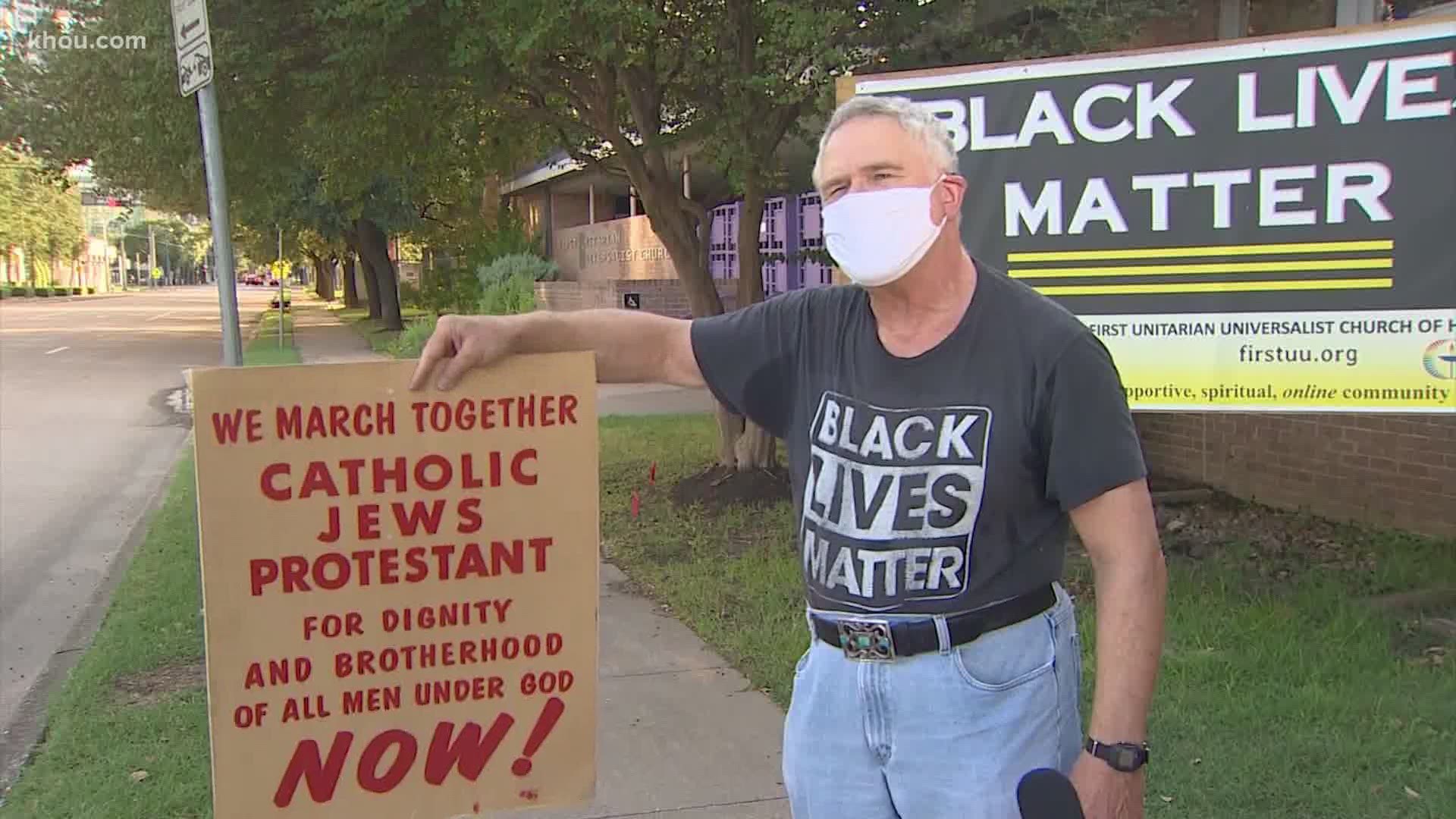 HOUSTON — He marched on Washington in 1963 as an 18-year-old college student from Connecticut. Now, 57 years later, 75-year-old Houstonian and retiree, Dr. Craig Oettinger is back at it again. This time, he's holding post in the Houston Museum District with hopes to finally see an end to racism and prejudice.

Recently he was inspired to march again after the death of George Floyd. His age and health kept him from the big rally downtown, but he took to the sidewalk outside his museum district church and has occupied it most mornings since then.

"It's one thing to sit at home and say, ‘I'm against racism.’ It's another thing to be out here and have people beeping the horns and waving or just passing by. And my hope is that the people that go by, the white people that go by that disagree with me are at least reminded that racism is still on the agenda. We're not over it yet. And they ought to pay attention,” Dr Oettinger said.

Helping him catch their attention are Dr. Oettinger's fellow church members at First Unitarian Universalist Church in Houston. They take shifts sending a message of equality while holding signs.

They're inviting others to join them in their efforts. You can go to info@firstuu.org to sign up and read about the protocols and guidelines for how to help.