Mansion fire started near where worker was painting

Investigators say it will take "some time" to figure out what started the massive fire, and why. 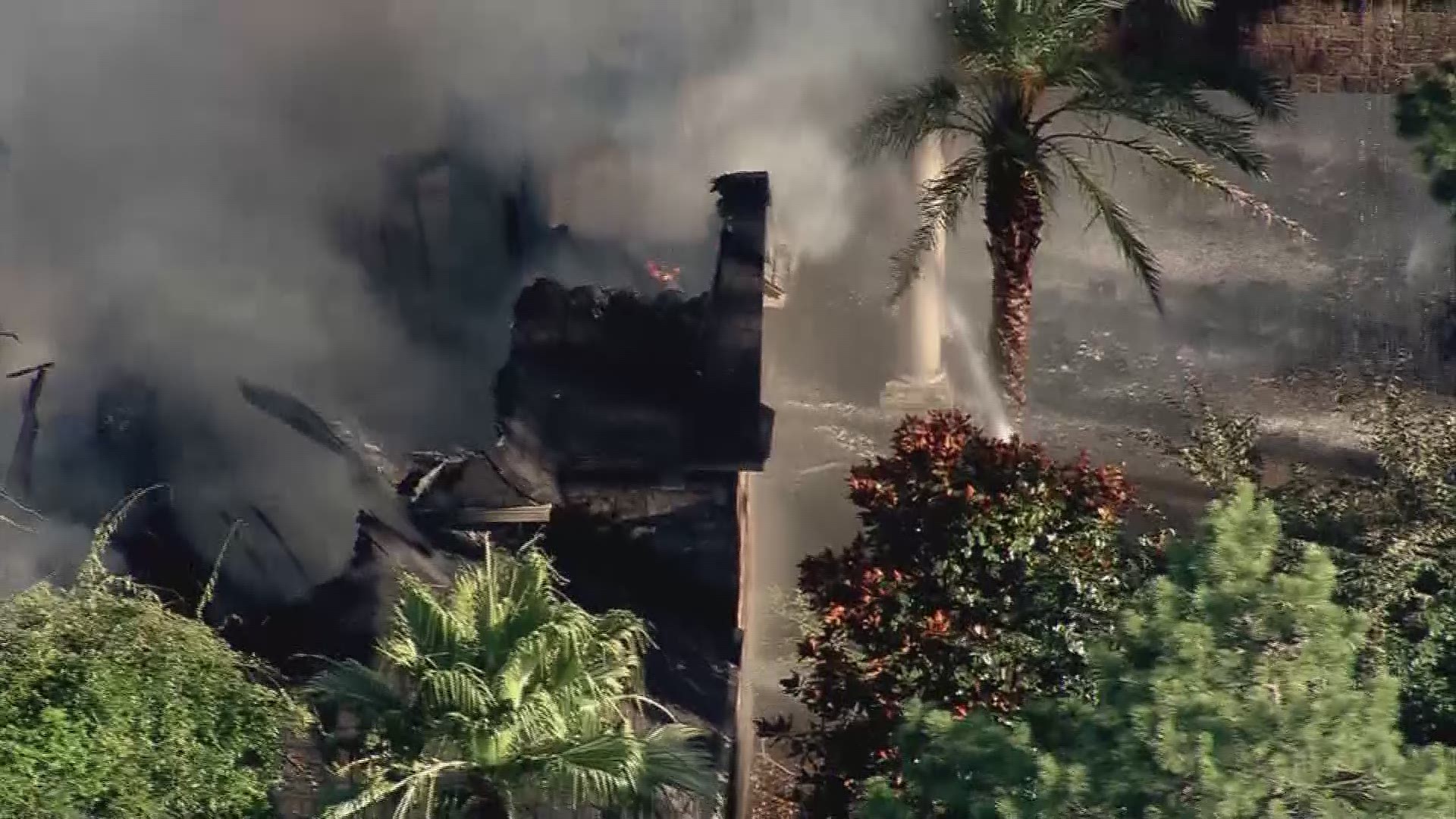 THE WOODLANDS, Texas — Fire investigators from the Montgomery County Fire Marshal's Office have been tasked with figuring out what started a fire that burned down a multi-million dollar mansion Thursday afternoon. Fire Marshal Jimmy Williams said in a statement Friday, "it will likely take some time to reach any final conclusion as to the exact cause of the fire."

It is clear that the fire started near where one of two workers inside the home were painting, according to what investigators were told.

Both workers were taken to Memorial Hermann in the Texas Medical Center, they are being treated for burns. One of the men had to be flown by Life Flight and we've now learned that man, in his mid-30s, has serious burns to his face and torso.

According to a witness, the more seriously injured worker jumped in the mansion's backyard pool to put out the flames burning his body.

In a KHOU 11 News report Thursday night, we learned pets left inside the home were feared dead.

At the destroyed home Friday, investigators worked to stabilize the exterior walls that remain standing, as they look for evidence of how and why the fire started.