The man who filed a lawsuit against Katy ISD superintendent Lance Hindt after a violent encounter spoke out for the first time Wednesday. 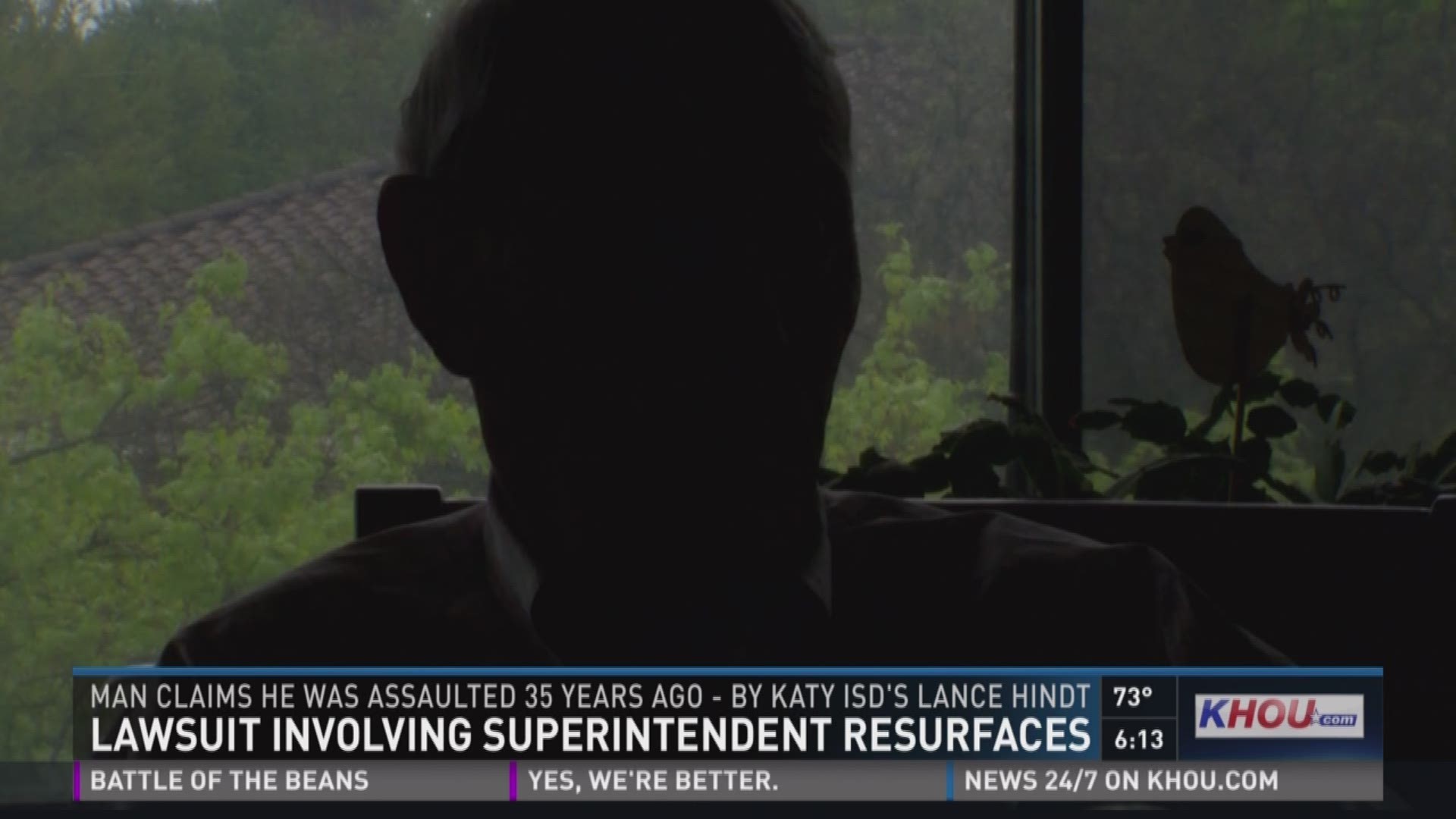 KATY, Texas - It has been a whirlwind of a week for Katy ISD’s superintendent.

Lance Hindt has received the kind of publicity he says he never wanted to bring to the school district.

The man who filed a lawsuit against Hindt after a violent encounter spoke out for the first time Wednesday.

The superintendent’s office says no criminal charges were ever filed, stemming from that 1983 civil case.

The school board is reiterating its position that Hindt was fully vetted for his current job and they stand behind him.

Stein didn’t want his face on camera as he recounted an incident from decades ago that is now getting a lot of attention.

“It was an assault,” he said. “The injuries were trauma to the head.”

In a lawsuit, Stein claimed the person behind the assault was then-18-year-old Hindt who is now the Katy ISD superintendent.

Stein says Hindt was speeding near his street after a party, and when he yelled at him to slow down, Hindt became enraged.

“When he got out of the car, he was mad, wild,” Stein said. “The last thing I know, I woke up in the hospital.”

Hindt had countered that Stein pulled him out of the car by his hair, and that’s when he punched Stein once.

The lawsuit from 35 years ago is now resurfacing on the heels of several contentious school board meetings that, among other things, addressed bullying.

Last week a man stunned the crowd when he claimed Hindt bullied him when they were in high school.

“Lance, you were the one that shoved my head in the urinal,” Greg Barrett said.

Hindt laughed off those claims, and the video went viral. He later said his reaction was misread and denied ever being involved in bullying.

As for the lawsuit, Stein say they reached a settlement 2 years after the incident, and he believes Hindt is well-suited for his current job as a district leader.