HPD: Man walking along Gulf Freeway dies while police attempt to detain him

The cause of his death is unknown at this time. 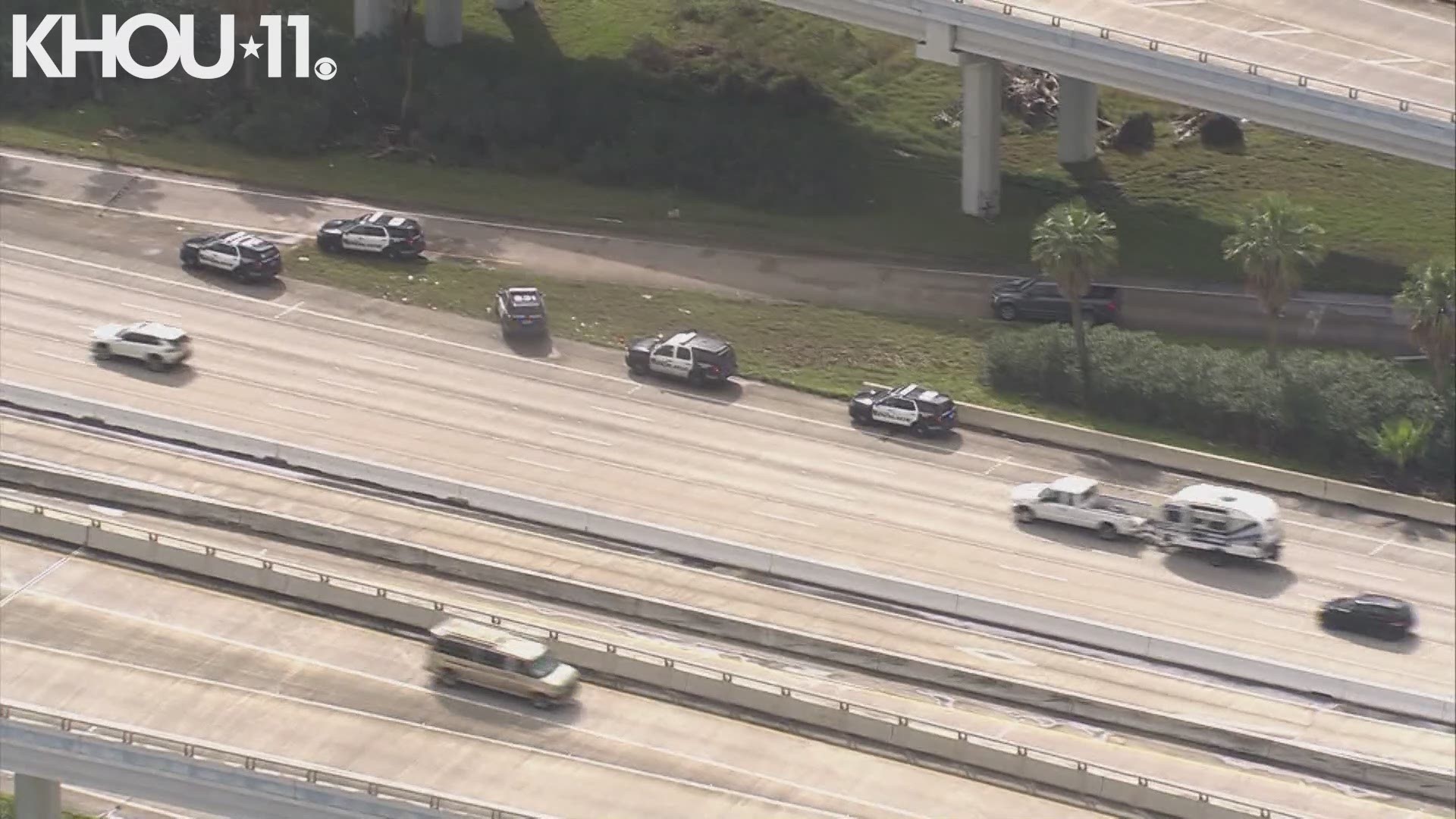 HOUSTON — Houston police said while attempting to detain a man walking along the Gulf Freeway, the man stopped breathing and died.

This happened shortly after 12:30 p.m. Tuesday in the 13500 block of the Gulf Freeway in the southbound lanes.

Police said a passerby called 911 about a man walking aimlessly on the shoulder of the Gulf Freeway.

When police arrived on scene they tried to talk to the man, who was not combative but not cooperative, according to police.

While trying to detain the man, police said he lost consciousness and died.

The man's identity has not been released. Police said he appears to be middle-aged.