Police believe the man had just shot another victim several blocks away. 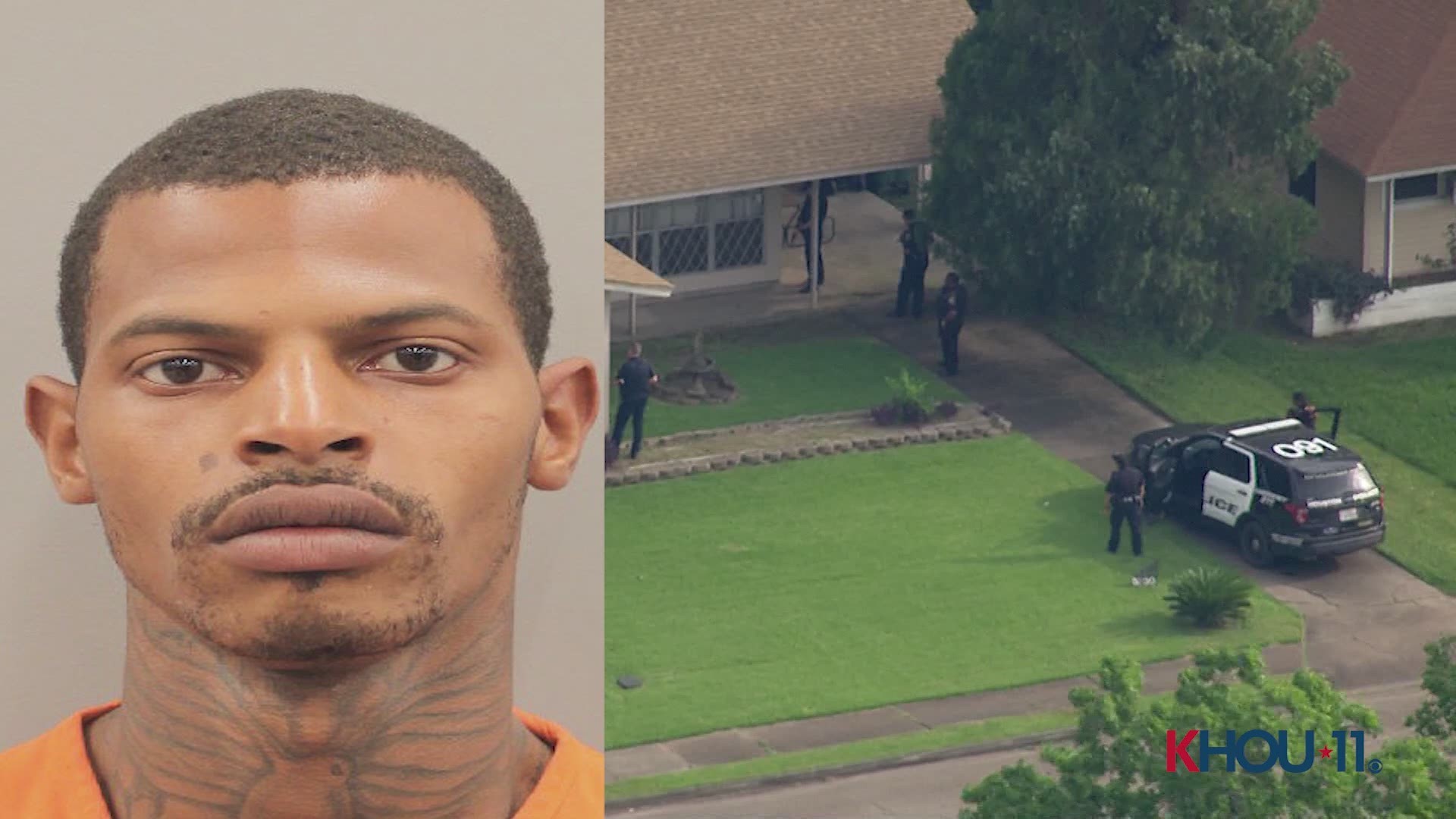 HOUSTON — An 82-year-old woman is OK after police say a man barged into her home Thursday afternoon.

The woman told police the intruder tied her up and tried to make her tell 911 dispatchers nothing was wrong.

After a short standoff with Houston Police officers, 28-year-old Markus Mitchell was arrested. Mitchell has been charged with aggravated assault with a deadly weapon, burglary of a habitation and being a felon in possession of a weapon.

According to investigators, Mitchell was trying to hide out in the woman's home after shooting a man who'd offered him a ride. Police believe Mitchell and the other man got into a fight, then Mitchell pulled out a gun and shot the man.

That victim was taken to the hospital. It's unclear how seriously he was hurt.

Mitchell was arrested by HPD's Crime Suppression Team and K-9 Unit inside the woman's home.