HPD: Man accused of exposing himself at Whataburger struck, killed on I-10 while fleeing police

Police said two vehicles struck the man. He was pronounced dead at the scene. 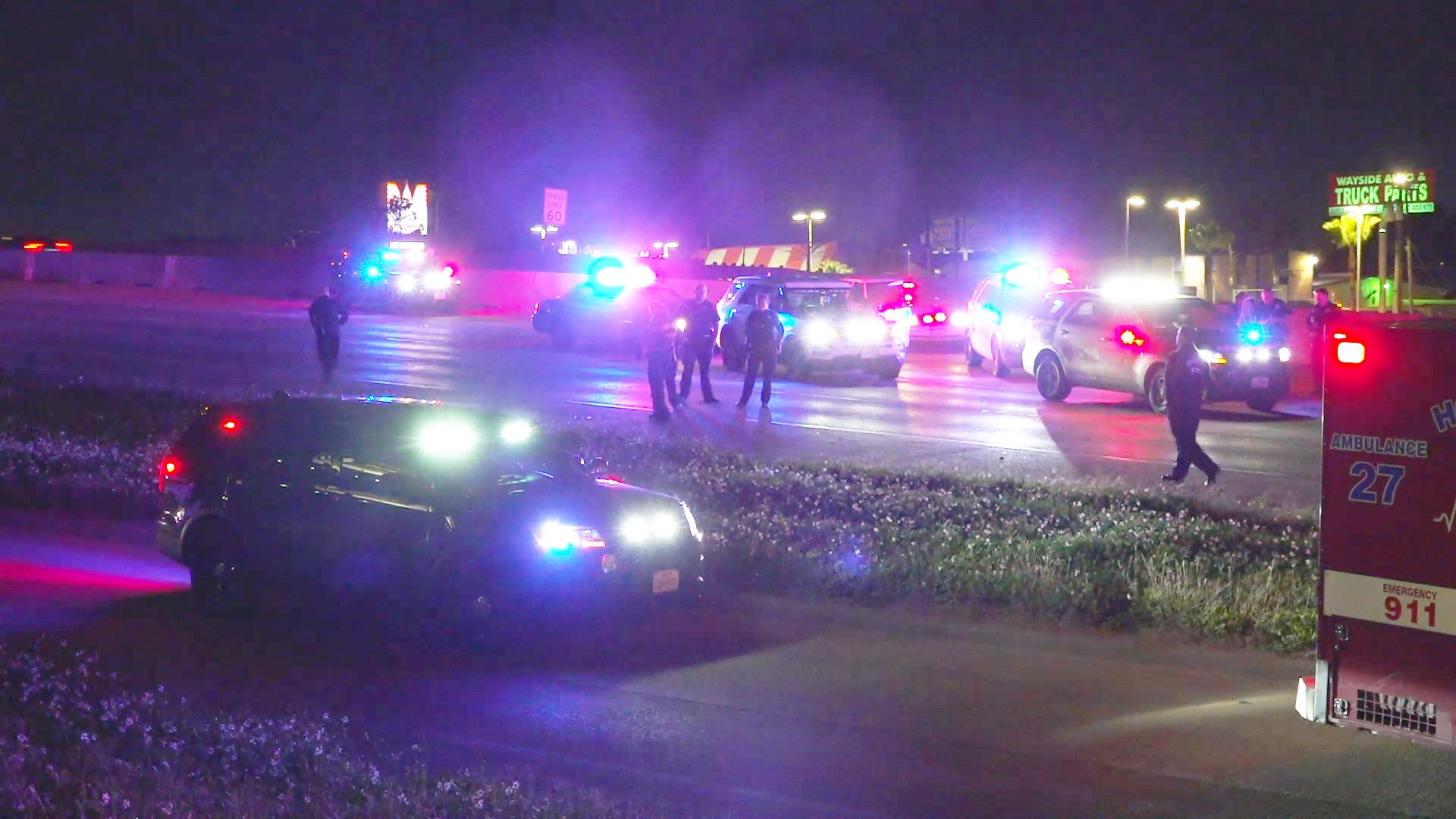 HOUSTON — A man exposed himself at a Whataburger restaurant before running from officers and getting hit on I-10, Houston police said late Wednesday.

The incident happened near Wayside, on Houston's east side, at about 10:45 p.m., according to HPD Commander Kevin Deese.

Police said the suspect ran when they first arrived at the scene. He crossed the eastbound lanes of the freeway before running into the westbound lanes.

Deese said officers did not chase after the man onto the freeway because of the dangerous situation.

An officer responding in a vehicle on the other side of the interstate said it appeared the man laid down on the roadway. He was then struck by an 18-wheeler and a car.

The suspect died at the scene.

The man’s identity was not immediately released.

The eastbound lanes were closed for a few hours, but the freeway has since reopened.