Police said Armando Leija Esparza was on a riding lawn mower trimming the grass when he was hit. He did not survive. The victim's son witnessed the crash. 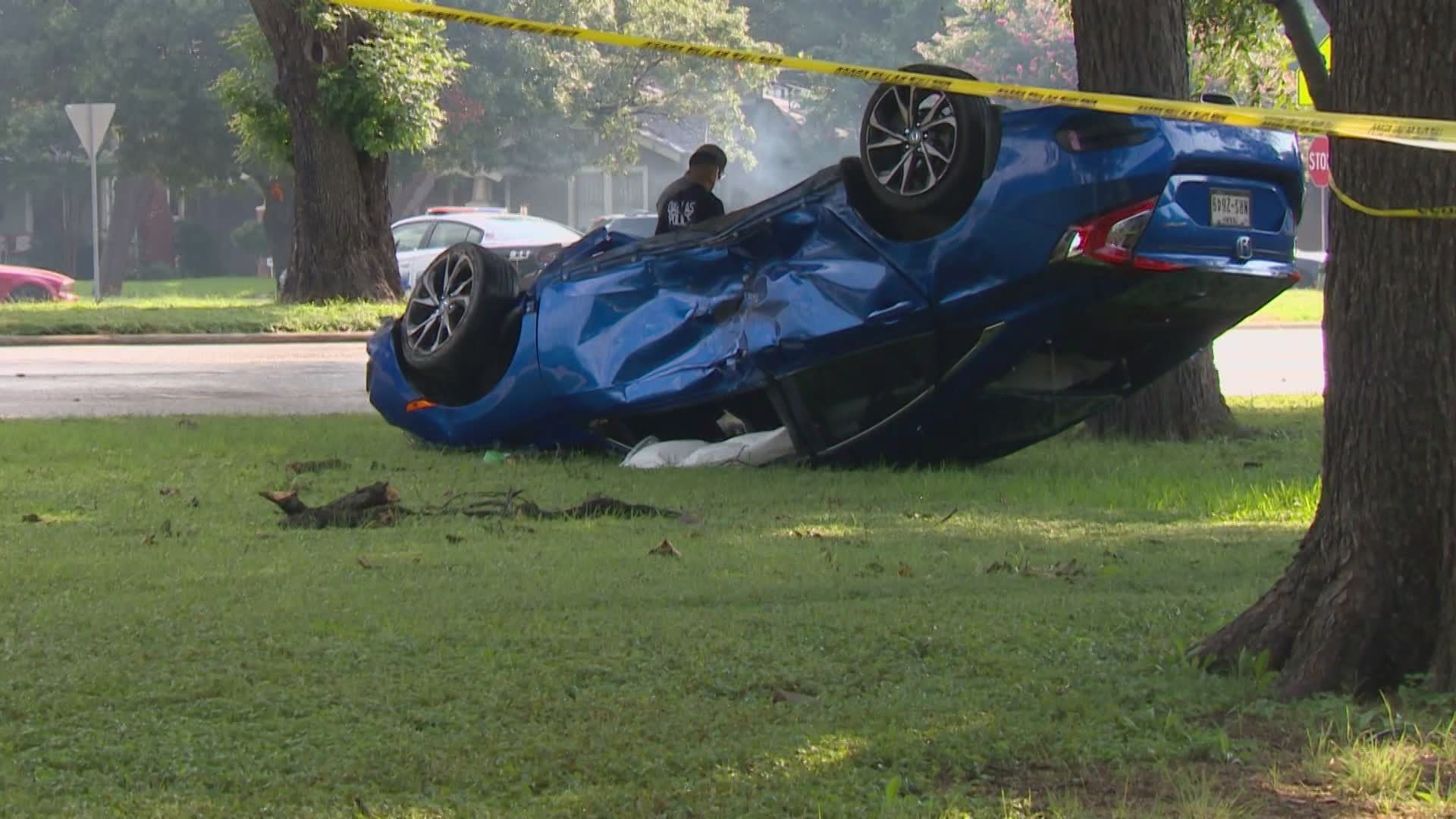 DALLAS — Editor's note: This story has been updated with the victim's identity and information from neighbors.

A man riding his lawnmower was killed Monday after being hit by a car that lost control and ran off the roadway, according to Dallas police.

It happened near the intersection of West Jefferson Boulevard and Winnetka Avenue in north Oak Cliff.

According to police, it started as a two-vehicle accident, involving a black pickup truck and a blue sedan. Police said the blue vehicle veered off the road, hit the man, and ended up on its hood.

Police said the victim, 48-year-old Armando Leija Esparza, was on a riding lawn mower trimming the grass when he was hit. Family who came to the scene following the crash told WFAA he and his son, both gardeners, were working when the crash happened. Esparza did not survive his injuries.

Police said the 22-year-old driver of the car that flipped was also taken to the hospital. His name has not been released.

Sebastian Anaya, a neighbor, said Esparza was a friendly face to many and was in the neighborhood every Monday working on the landscape for multiple neighbors.

"I got to know Armando, and from the get-go, he seemed like an honest and really hardworking man," Anaya described.

Neighbors started an online funding campaign to help Esparza's family with funeral expenses, explaining how Esparza was the sole provider for his family.

"He has young kids at home. His son was actually there to witness the tragedy yesterday," said Emily Johnson, who lives next door to where the car flipped.

She ran out when she heard the noise, only to find Esparza's son at the scene.

"He was in a state of shock," she said, saying she was heartbroken over the fact that he had to witness his father's death. "He was just hovering over his father."

Multiple police units responded to the incident. Investigators said they are analyzing the crash aftermath to see how fast the car was going, though they said they believe it was a high rate of speed.

The loud crash was heard by several neighbors who live on Winnetka Avenue. Many told WFAA they are concerned about what they called speeding and racing that happens on Jefferson Boulevard.

She and other neighbors are demanding city council members to make changes in the neighborhood, whether it's adding speed bumps, stop signs or other preventative measures.

In a statement on the North Oak Cliff Facebook page, Chad West, who represents District 1 on the Dallas City Council, addressed Monday evening’s incident, calling it a "tragic death that should never have happened."

"Traffic on this street is moving too fast, and I fully support neighborhood-driven efforts to calm the traffic," he wrote, advocating for immediate traffic "calming" efforts along Jefferson Boulevard. "Something has to change."