A man found the 3-year-old boy about three days after he was reported missing. He was miles away from home but didn't seem to be in distress when he was found. 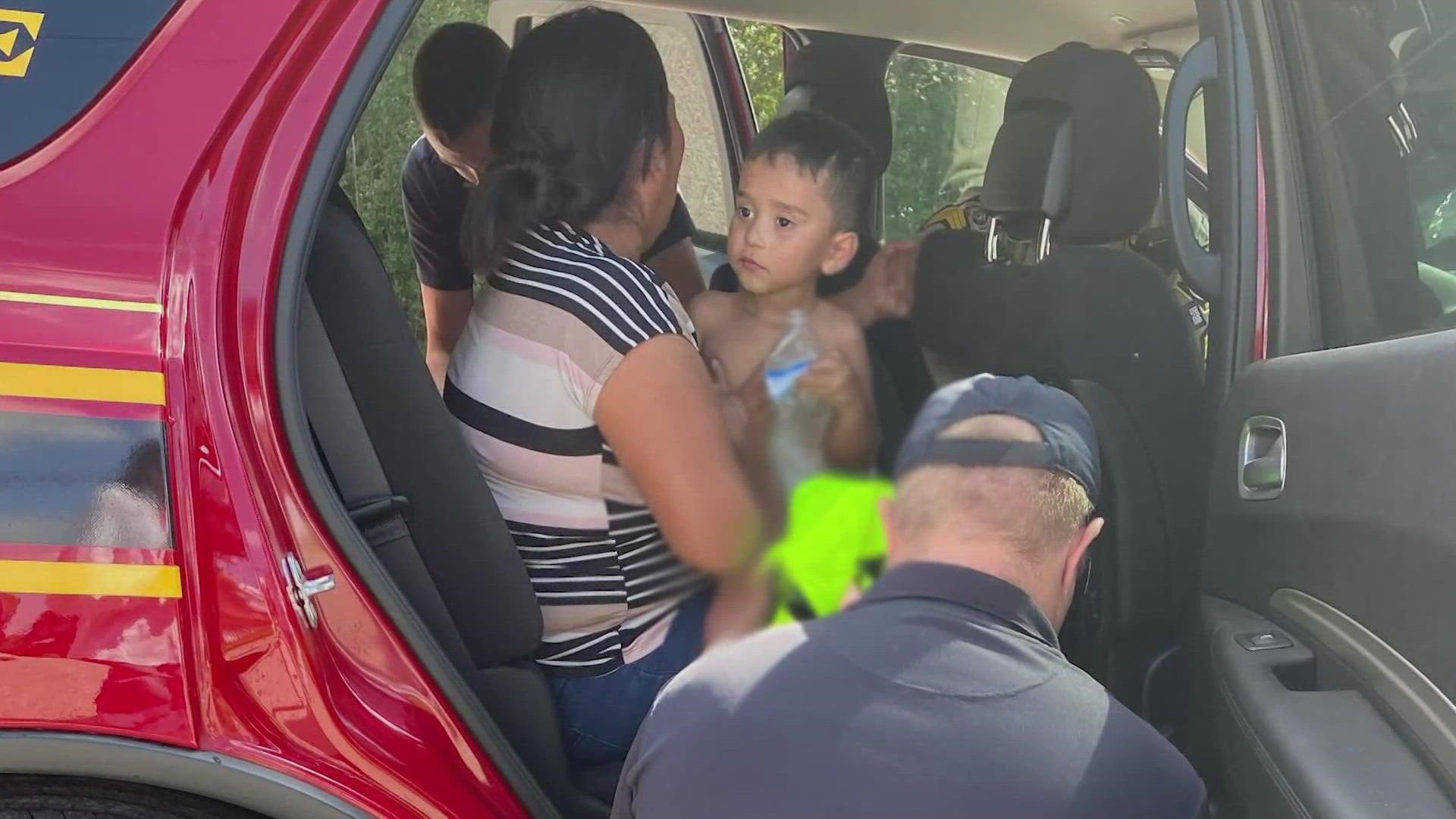 The boy was found miles away from his Grimes County home, where his mother said he went missing on Wednesday. According to Christopher's mother, the child followed the family dog into the woods and didn't come back.

Search and rescue crews had been actively searching for the child since he was reported missing. On Saturday, a property owner provided the call rescuers had been waiting to hear. He found the boy on his property, which is a number of miles away from the boy's home.

“Picked him up. He wasn’t shaking. He wasn’t nervous. He was calm,” the man who found Christopher said.

The man, who asked not to be identified, said he joined the search Saturday morning and heard a noise in the woods near his home. He said he initially thought it was an animal in distress.

“Then, I hear what sounds like a human child in distress, but I couldn’t understand the words, as it turns out, he only speaks Spanish,” the property owner said.

Christopher was back in his mother's arms shortly after being found.

“He was drinking a lot of water, but he was good. He’s alive, laughing, cutting up, crying. His mom’s crying. He’s in good shape," Grimes County Sheriff Don Sowell said. “We were running on prayers ... because we had nothing else.”

Christopher was taken to an area hospital for treatment. He stayed overnight. Sowell said dehydration might be the biggest concern.

Family members said Christopher was weak when they found him. They said the boy was having trouble standing up and was also cut up from thorns.

Christopher's grandfather said it's incredible that the boy was found after three days. He said he still doesn't know how it happened.

Texas Equusearch founder Tim Miller said news of Christopher’s recovery gave him goosebumps. He said he was at the point of giving up hope.

RELATED: 'If you don't believe in miracles, this is the prime example' | Searchers reflect on outcome of search for Grimes Co. toddler

“I mean, it’s the second time in 21 years we’ve had a little baby, in my heart thought it was the end, but I was wrong. I like being wrong,” Miller said.

Miller said crews were within hours of scaling back the search when the call came in.