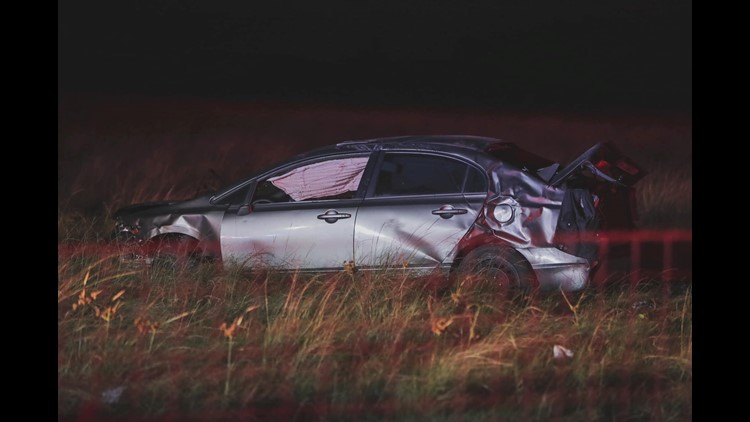 Photo by: Lt. Daniel Arizpe, PIO/ Cy-Fair VFD
The victim and his car were found more that 100' off the road in a field

The victim was taken to the hospital by Life Flight, but it was later determined his injuries were non-life-threatening.
Author: Doug Delony, Brett Buffington
Published: 10:14 PM CDT August 13, 2019
Updated: 7:46 AM CDT August 14, 2019

The crash happened at about 8:30 p.m. near the intersection of House Haul Road. Witnesses said the driver was traveling northbound when he left the roadway while passing another vehicle.

The small silver car rolled and landed upright about 100 feet off the road, according to a spokesman for the Cy-Fair Volunteer Fire Department

The crash scene is near the intersection of Katy-Hockley Road and House Haul Road
Lt. Daniel Arizpe, PIO/ Cy-Fair VFD

The man, who is in his 40s, was ejected from the crash and found in a field. He was taken to the hospital by Life Flight. Officials later said it was determined his injuries were not life-threatening.

It's unclear why the man lost control of his car. Alcohol is not believed to be a factor in the crash.