In a tweet, the sheriff's office says the investigation "has taken a new direction" and "more details will be released as soon as possible." 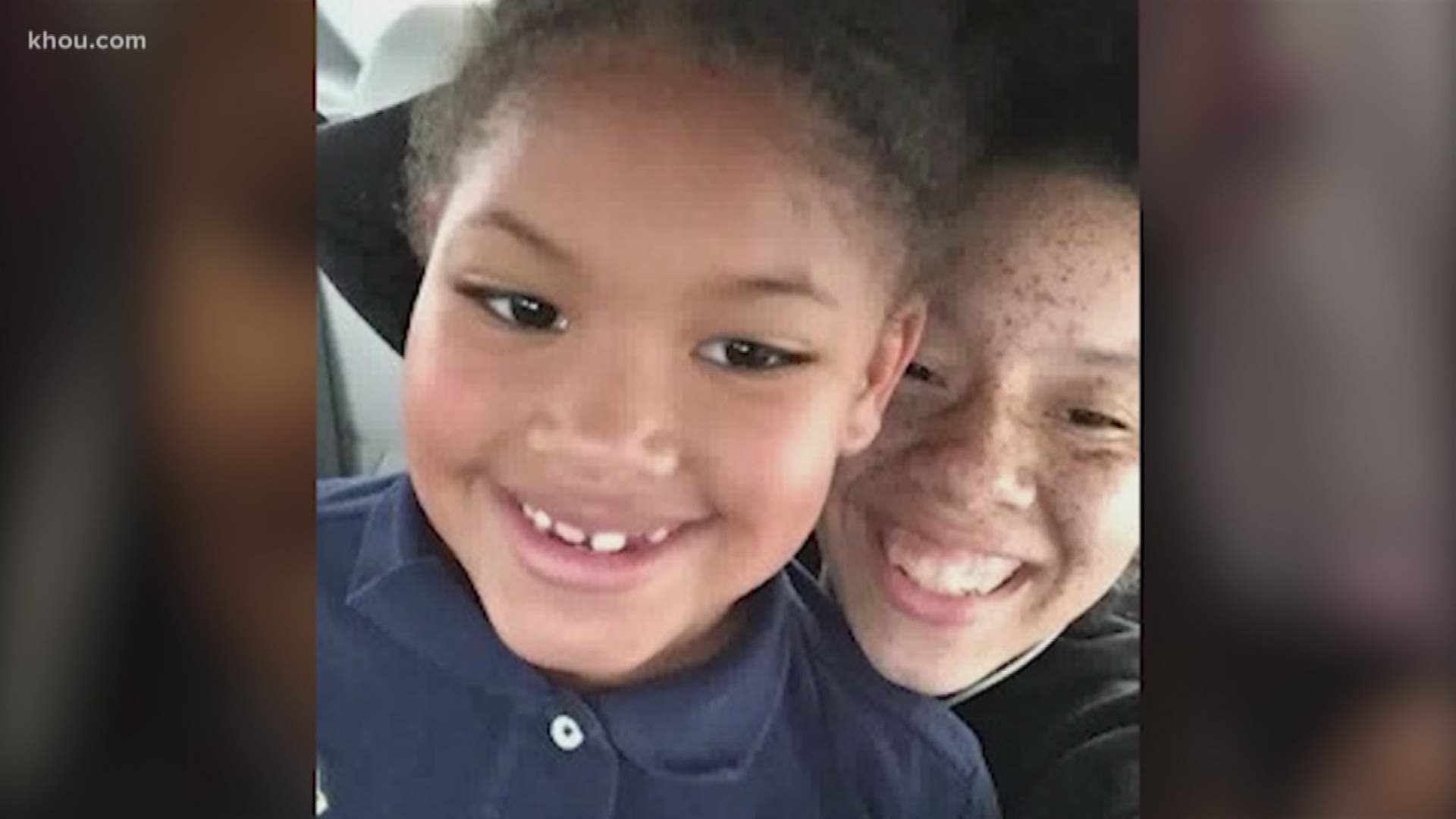 HOUSTON — A 20-year-old man is charged with capital murder in the killing of 7-year-old Jazmine Barnes.

Homicide investigators for Harris County arrested Eric Black Jr., who they say admitted to taking part in the shooting. Black was taken into custody in east Harris County without incident, the Harris County Sheriff's Office said in a statement.

Investigators are continuing to pursue evidence that could possibly lead to other suspects being charged in this case, according to the sheriff's office.

"I am grateful to our dedicated investigators, the partner law enforcement agencies that provided vital assistance, and tipsters from across the nation who pulled together to support our work to get justice for Jazmine," Sheriff Ed Gonzalez said. "Our work is not finished, but I believe the people of Harris County can take comfort in knowing we have made great progress."

The news comes just hours after a rally in support of Jazmine.

Jazmine was riding in a car with her mother and three sisters at the time of the shooting.

The family told investigators the man drove up beside their car early Sunday, Dec. 30, when they were stopped at a red light at Wallisville Road and Beltway 8.

Jazmine was sitting behind the driver's seat when the man opened fire on the family.

A bullet struck Jazmine in the head and her mother was shot in the arm. One of Jazmine's sisters was injured by glass when a window shattered.

Investigators released a sketch of the suspect on Thursday, Jan. 3. Jazmine's mother and 15-year-old sister Alxis Dilbert worked with investigators to come up with the sketch, but Black was identified as a suspect based on a tip, the sheriff's office statement said.

Investigators do not believe Jazmine's family was the intended target of the shooting, rather a possible case of mistaken identity.

Jazmine will be laid to rest on Tuesday at a funeral service held at Green House International Church. The service will honor Jazmine and all murder victims in Houston and Harris County.

Texans receiver DeAndre Hopkins is donating his playoff check to the family and NBA great Shaquille O'Neil is paying for Jazmine's funeral.