Police have charged a man in connection to a shooting of a security guard at the Sigma Chi fraternity house on West Campus early Sunday. 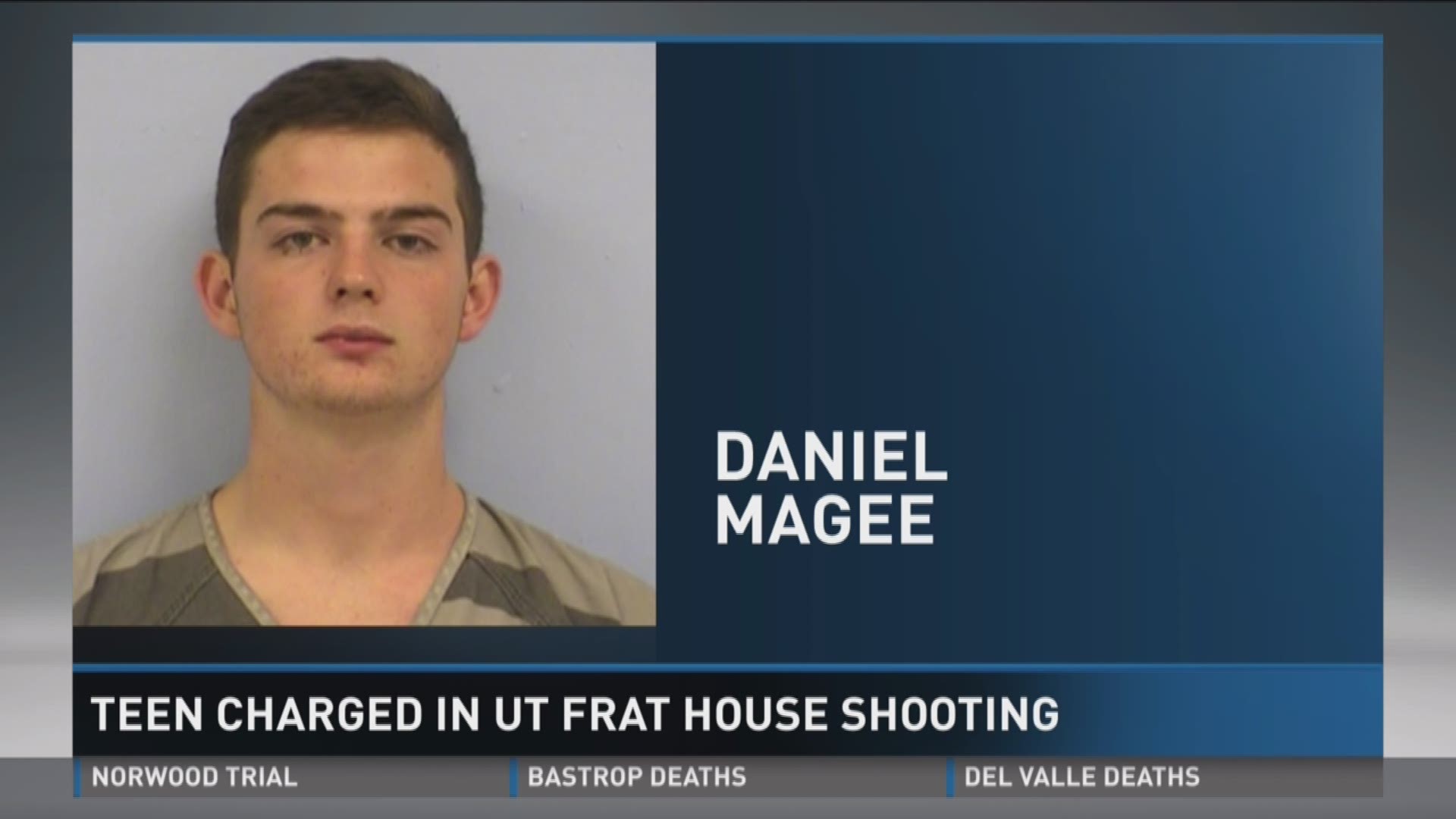 Police have charged a man in connection to a shooting of a security guard at the Sigma Chi fraternity house on West Campus early Sunday.

The first call to police came around 3 a.m. Sunday from the fraternity house near the corner of 27th Street and Nueces. According to the affidavit, Daniel Magee, 18, had been removed from a party at the house after the UT football game. The security guard who was wounded in the shooting told police Magee made threats to return to the party with an AK-47 and shoot up the place.

"Daniel Magee was at the party that night. He was heavily intoxicated. He actually, when interviewed had admitted that he was also on Xanax that night," said Austin Police Department Assistant Chief Troy Gay.

The affidavit stated Magee and two other men returned 45 minutes to an hour later. Witnesses told police that one of the men displayed a gun and fired a round toward the security guard, striking him in the foot. The witnesses also told police that Magee had inquired about joining Sigma Chi before the shooting, and provided them with his name and telephone number. Officers located Magee's driver's license in the Department of Public Safety database, and the affidavit showed the security guard identified Magee in a photographic lineup.

Police said the victim, 44-year old Edward Earls, was treated and released from University Medical Center-Brackenridge. Earls was hired by Sigma Chi to provide security at the party, and was wearing a "uniformed shirt with an embroidered breast badge that identified him" as a security guard. Police confirmed he was not armed.

Magee was arrested at 26 West, an off-campus apartment complex, during a SWAT raid.

"This was a situation that was an aggravated assault. We always conduct a threat assessment and due to the nature of the incident that he had already fired and shot an individual, this was the right response for our SWAT team to serve the warrant," said Gay.

During a search of Magee's apartment, they recovered two weapons - an AK-47 and a .40 caliber weapon. However, police say they believe he discarded the weapon used in Sunday's shooting shortly after. They added that Magee did not have a concealed handgun license.

The University of Texas released a statement about the shooting Sunday morning that read:

"The safety of our students and community members is always the most important concern. We will provide assistance to Austin Police as they investigate this morning's off-campus shooting. We will also offer counseling and support to students who were at the party or affected by it."

APD said they believe this was an isolated incident.

"This was a disturbance that took place. Any time that you have a situation where alcohol is involved, people do not make good decisions. And in this case, the subject did come back with a weapon," said Gay.

UT students like senior Elena Vierra are breathing a bit easier now that an arrest has been made in the case.

"To have APD and UTPD and the SWAT team turn this arrest around so quickly, and have so much compliance from students and the community as a whole, I think a lot of people feel really relieved about that," said Vierra, who witnessed Magee's arrest.

Magee admitted to the shooting during questioning.

APD said early Monday afternoon that the other people that were taken into custody have not been arrested or charged with anything at this time.

More charges against Magee are pending the outcome of the investigation.

FOOTAGE OF SUSPECTS GETTING ARRESTED pic.twitter.com/5ws48ZRFJk