Man impaled by fence post during crash in Montgomery County

The man said he hit a deer, ran off the road and crashed into a fence. 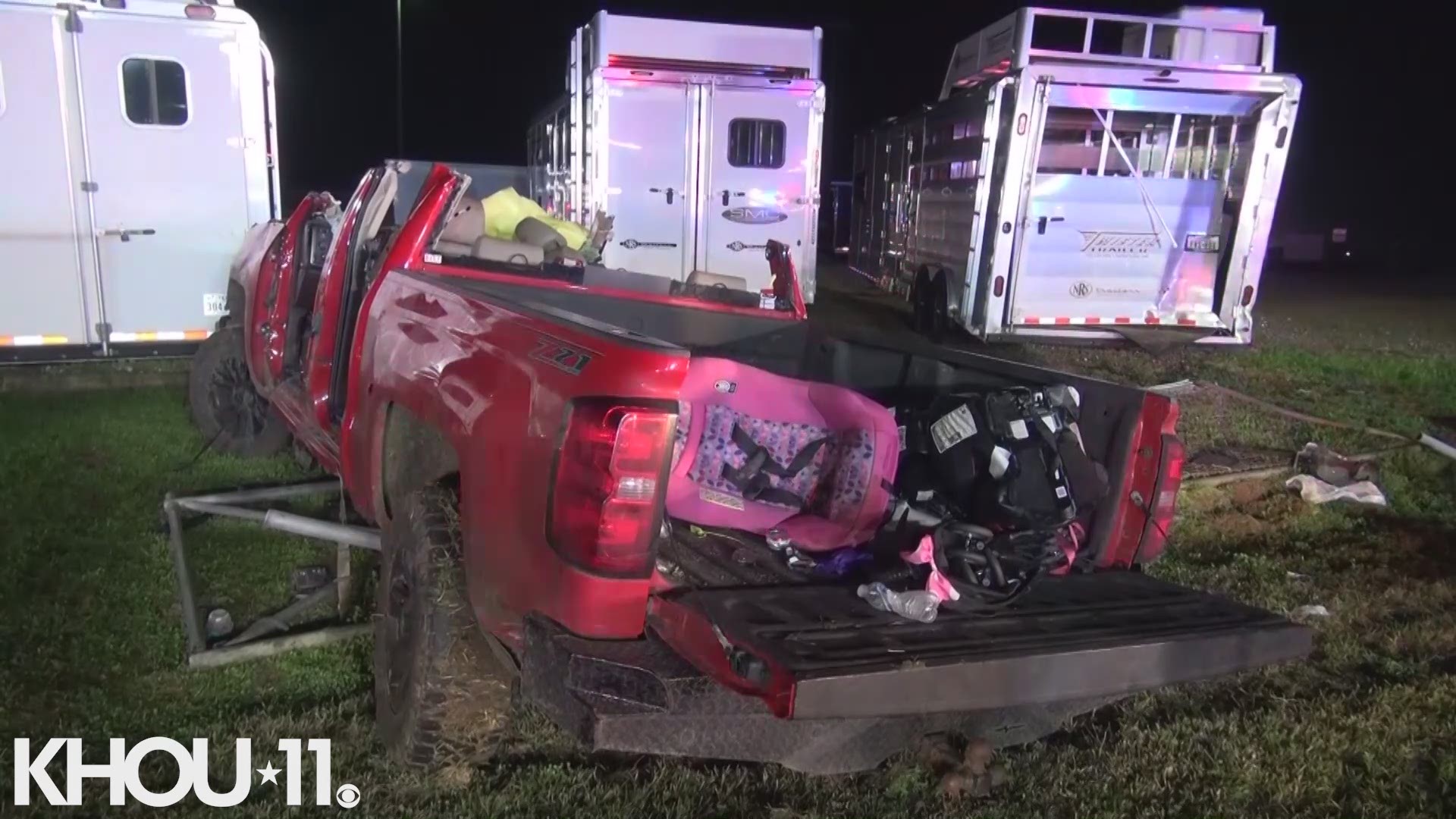 MONTGOMERY COUNTY, Texas — A man is lucky to be alive after a bizarre, early-morning crash in Montgomery County.

Jake Tabor's wife said her husband is a pipefitter and was on his way to work in Willis around 4 a.m. when the crash happened.

After crashing, Tabor called 911 and said he ran off the road after he struck a deer on Highway 75 North near Shepherd Hill Road. He said he then crashed into a fence and a two-inch pole went through his abdomen. First responders said it's a bit unusual for the victim in such a serious crash to call 911.

First responders arrived on the scene and found the Chevrolet truck entangled in the fence. Tabor was conscious.

“We have a thing called the golden hour. In the golden hour, you want to get him extricated (and) get him to the hospital as quickly as possible to prevent any life-threatening injuries,” North Montgomery County Fire Department Battalion Chief Bill Derks said.

Firefighters were able to free him by cutting the pole. It took about 30 minutes to get Tabor out of the truck. It was a very delicate situation.

“It was a pretty chaotic scene. We had to cut the fence off the car to make access,” Derks said. “If someone were to move that pole or take it out of his chest, it would cause a major loss in blood.”

Tabor's wife said the pole barely missed his heart, but he's in stable condition after surgery to remove it at Conroe Regional Hospital. She said he has more surgeries ahead.

Derks said he was happy to hear that Tabor was alive.

“He’s very lucky to be alive," Derks said. "We always love when we can save people and bring them home. That’s why we do our job. That’s why we love our job.”

Tabor is the father of two young daughters.

The Texas Department of Public Safety is investigating the crash.