Greg Barrett's legal name is Greg Gay and says his name was one of the main reasons he was bullied. He says his reasons for coming forward were personal, but also to make sure bullying is addressed in the district. 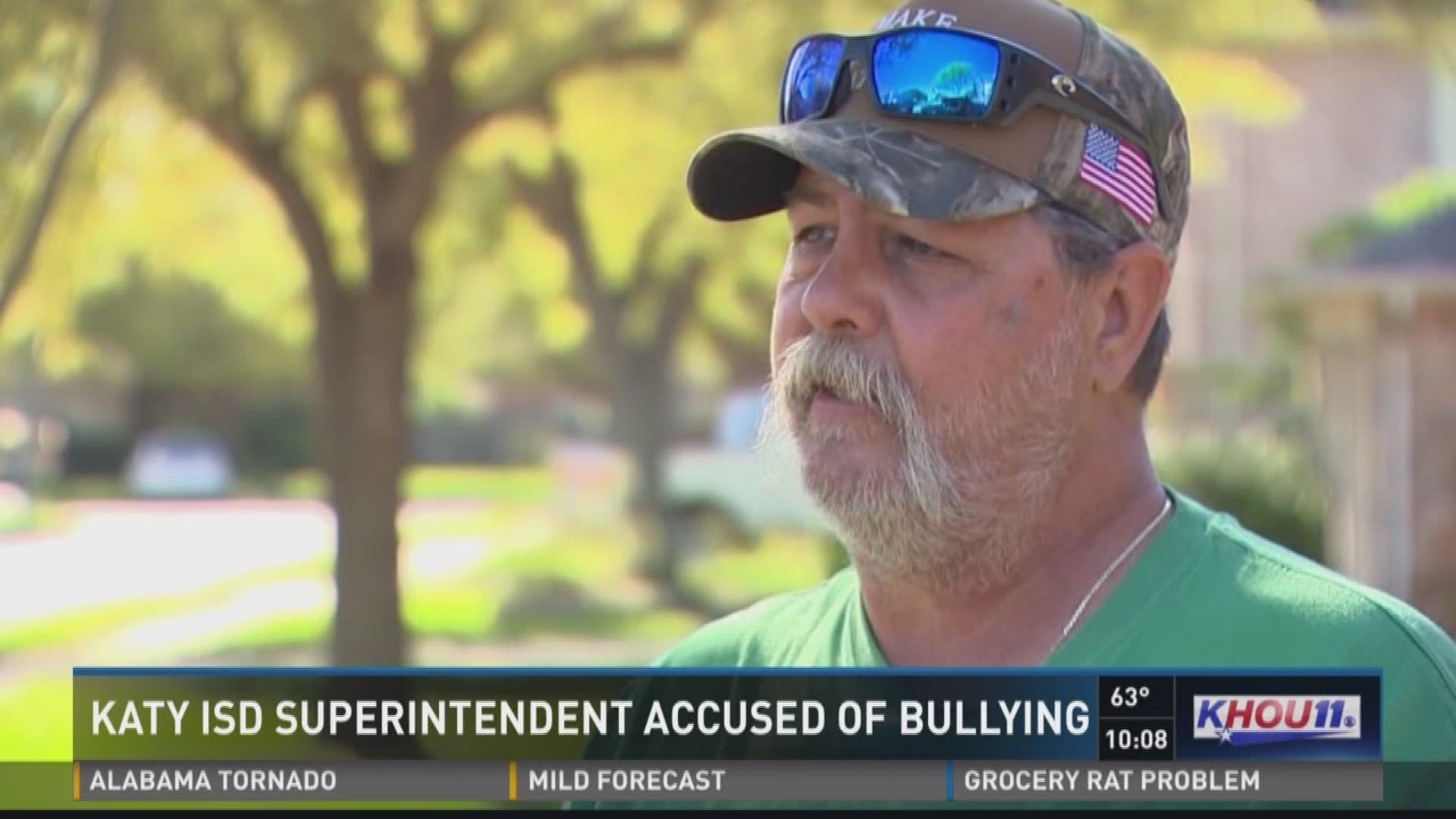 KATY, Texas - It took three three decades, but Greg Barrett finally opened up about the bullying nightmare he says he lived through at West Memorial Junior High.

Barrett's legal name is Greg Gay and says his name was one of the main reasons he was bullied. He says his reasons for coming forward were personal, but also to make sure bullying is addressed in the district.

In the video from Monday night's Katy ISD board meeting, Barrett discussed in detail an alleged incident in the 7th grade.

"I had my head shoved in the urinal where I busted my lip," said Barrett as he addressed the school board. "I had laid on the ground in the fetal position as the kids kicked me. I recounted every little bit of what happened to me...I went home and got the .45 out of my father's drawer and put it in my mouth."

Barrett says he's glad he never pulled the trigger, because in that board meeting, he got to confront his bully face-to-face.

"Lance, you were the one that shoved my head in the urinal," Barrett said.

"He was the instigator at all times," Barrett said.

On the video, Dr. Hindt is seen laughing it off in disbelief. But overnight, the video went viral. Now the superintendent admits the two did attend West Memorial Junior High in 1978, but released this statement:

“It was difficult for me to listen to a gentleman Monday night recount a bullying incident he said occurred more than 35 years ago. As superintendent in three school districts in Texas, I have always tried to create an environment where every student is safe -- physically and emotionally. But when an individual impugns my character and reputation as the instigator of those actions, I am disappointed because it simply is not true. I do not recall this person from my childhood. I did not graduate from the same high school as Mr. Barrett, though we did attend the same junior high in 1978. And my junior high principal -- Mr. McMeans -- would never have let me (or anyone else) get away with the actions he described.

"I do not suggest that Mr. Barrett was not bullied, only that I was not part of it. Bullying is wrong. Period. It was then and it is today. At Katy ISD, we are always looking for ways to make our campuses and our students safe. I am proud to lead a district that is not afraid to confront bullying behavior – whether in person or online. We are always challenging our teachers and principals to identify harmful behavior and to intervene as necessary.”

"I'm really disappointed in him," Barrett said. "This was a chance for him to stand up as a man and admit this was wrong. We were kids. We did stupid stuff. We made mistakes, but now he's in charge of a huge school district."

Barrett says bullying is still happening in Katy ISD and hopes the man at the top of the district now realizes the lasting impact it can have on children.

"It's a scar. It's something that never goes away," Barrett said. "It'll never go away until I die."