Octavious Bass lives in Dallas, but he is demanding justice after his 2-year-old daughter Maliyah was found dead in a Houston bayou a little more than a week ago. 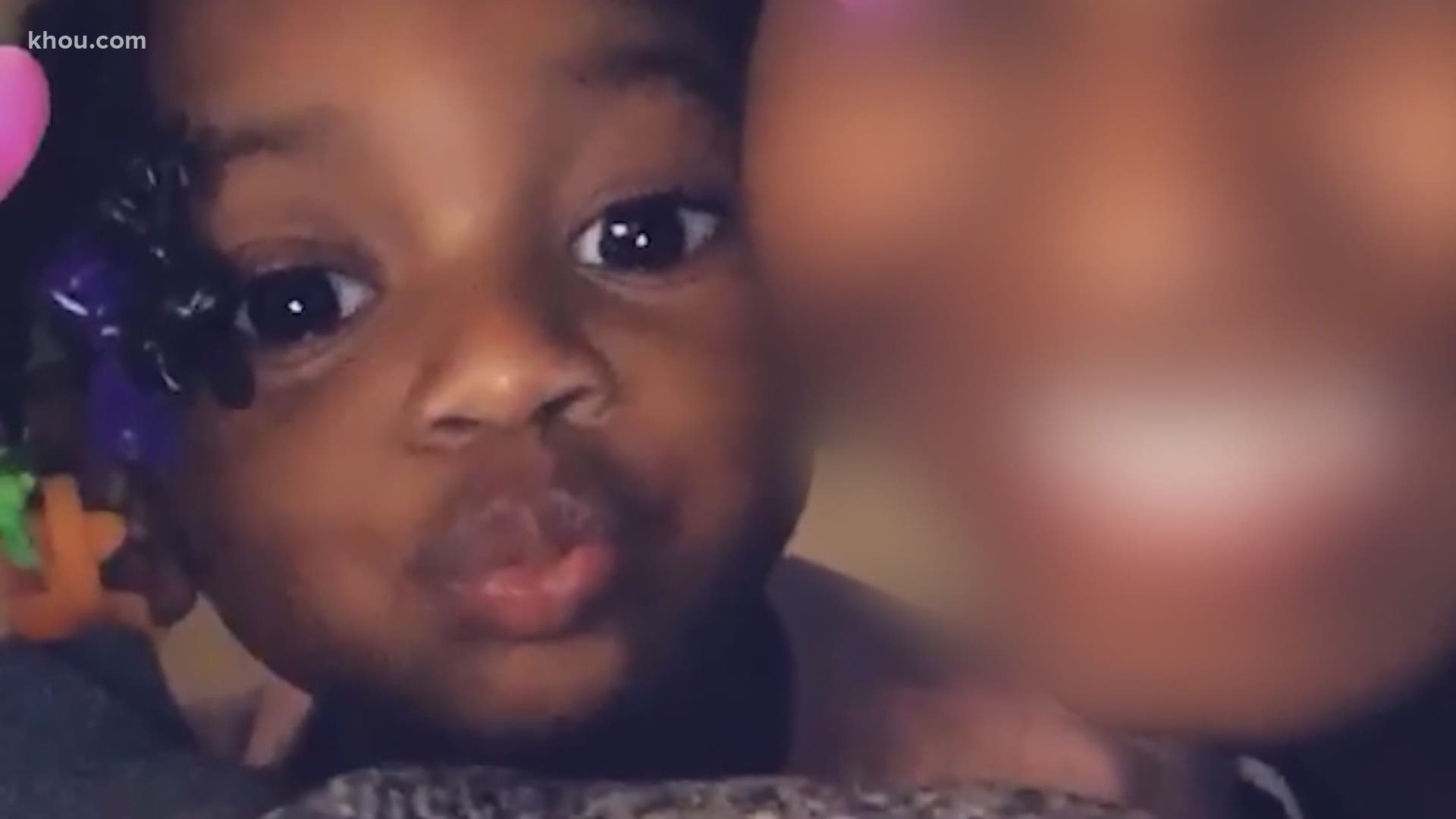 HOUSTON — It’s been more than a week since the body of 2-year-old Maliyah Bass was found in Brays Bayou. There’s still no one charged and her father wants justice.

“I never got to be a dad and tell her how life was and be a real father figure to her," Octavious Bass said.

Cotavious, Maliyah's father, lives in Dallas. He wants to know how his daughter ended up dead in Brays Bayou.

“I want the person who did it to come forward," he said.

He is planning a funeral service for Friday at noon at the Sandra Clarke Funeral Home in Dallas.

In Houston, the investigation continues. Maliyah’s mother's boyfriend has been critical of the investigation. Both he and her mother said Maliyah was at their apartment complex’s playground in the 10600 block of Beechnut when the mother stepped inside for a few minutes. That’s when they claim Maliyah disappeared.

“I believe that they are probably close to knowing what happened," said Tim Miller, founder of Texas Equusearch.

His volunteers were looking up and down the bayou for two pieces of key evidence, Maliyah’s toy bag, and her clothes. They didn’t find them, but they did spot a surveillance camera that showed investigators how high the water got from recent rain. Miller said there’s something else they’re keeping an eye on.

“There’s an area that’s being protected right now as we speak in case we need to go to that area and look for some other evidence," he said.

While Maliyah's father waits for answers, he said he just wants one thing for his daughter.

“I just want justice. I just want to put her to rest and get justice for her," Bass said.

The medical examiner has not ruled on a cause of death, but Houston police have said they are approaching the case as a murder.