Like Maleah’s custom-made casket and colorful program, those inside the church call the tribute to her life uplifting. 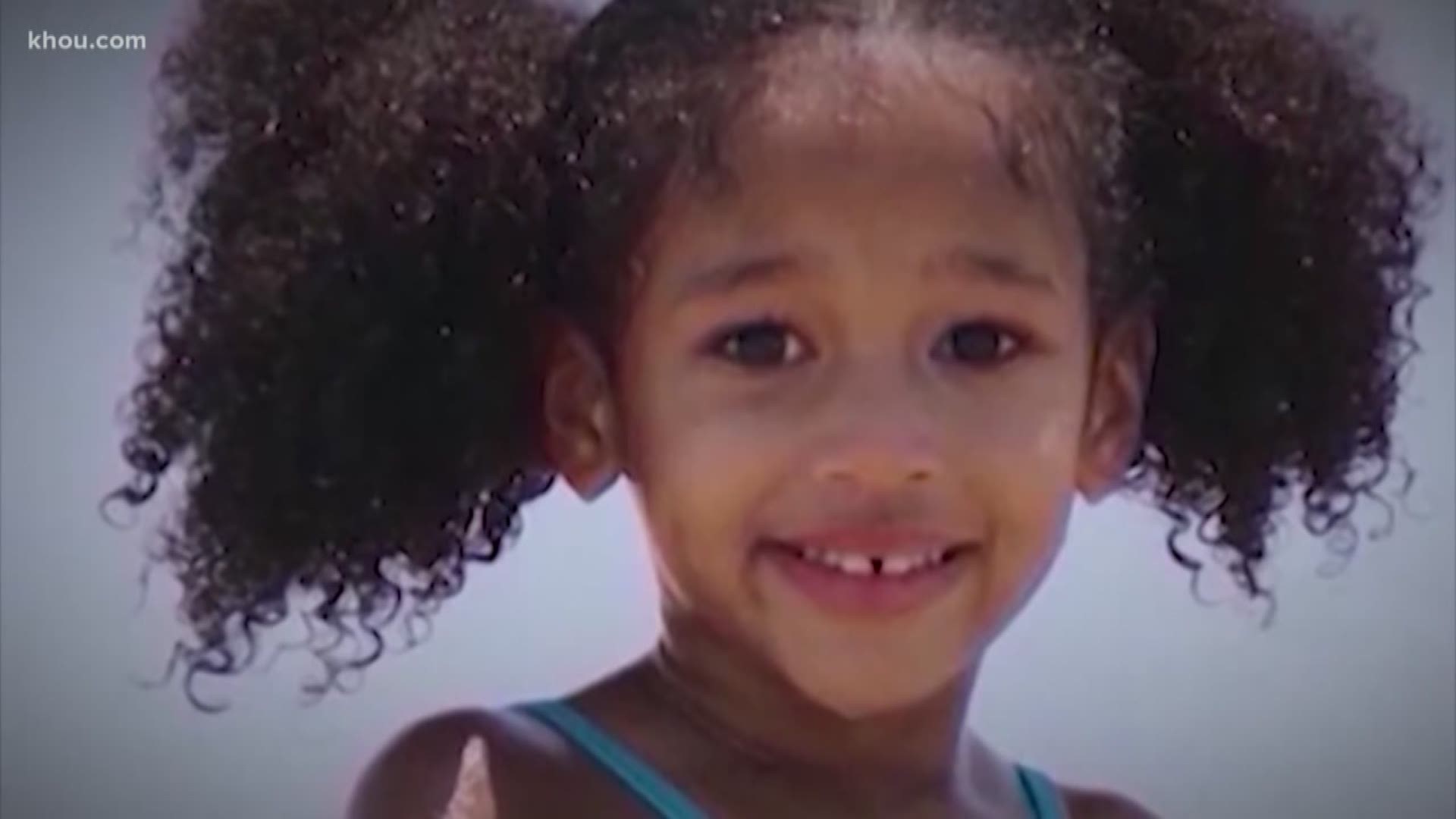 HOUSTON — On Saturday morning, hundreds of people said goodbye to 4-year-old Maleah Davis at her funeral in south Houston.

Maleah’s death has been felt across Houston and the nation.

“When they would show her picture on the news, I just wanted to go up and give her a hug,” said Gracie McGhee, a staff member at The Crossing Community Church, where Saturday’s service was held.

McGhee was one of more than 500 invited guests that attended the private funeral.

“She had a beautiful, wonderful sendoff,” said McGhee. “You would have thought that Maleah was an elderly lady for all of the wonderful things that was said about her.”

McGhee wore Maleah’s favorite color, pink, including a special wristband for invitees that had Maleah’s name on one side and ‘Fly High Angel’ on the other.

Like Maleah’s custom-made casket and colorful program, those inside the church call the tribute to her life uplifting.

“This was not a sad funeral,” said Mayor Sylvester Turner, who spoke at the service.

Mayor Sylvester Turner said he highlighted the ways the 4-year-old, who inspired her own day, a march at city hall, and memorials in Houston and Arkansas, has united a city.

RELATED: 'I kind of felt her spirit' | Casket designed with everything Maleah Davis loved

“I do believe very strongly that because of Maleah, more children are being protected, being loved, being nurtured, than ever before,” Mayor Turner said.

Still, the mayor and Rep. Sheila Jackson Lee (D-TX 18th District), who also spoke at the funeral, urged everyone to do more to love and protect all kids, not just their own.

Maleah’s stepfather is behind bars in the Harris County Jail, charged in connection with her death.

“Maleah stood for love,” Rep. Jackson Lee said. “Love has to conquer evil because her death was evil. Her death should not have happened.”

Rep. Jackson Lee and others also expressed gratitude to law enforcement who never gave up looking for Maleah and finally brought her home.

As McGhee flipped through the program after the service, she said, “I’m at peace to know that I can look at her now and know that she’s at peace also.”