Houston police say its investigators will "work diligently" to hold accountable those responsible for Maleah's death and cover-up. 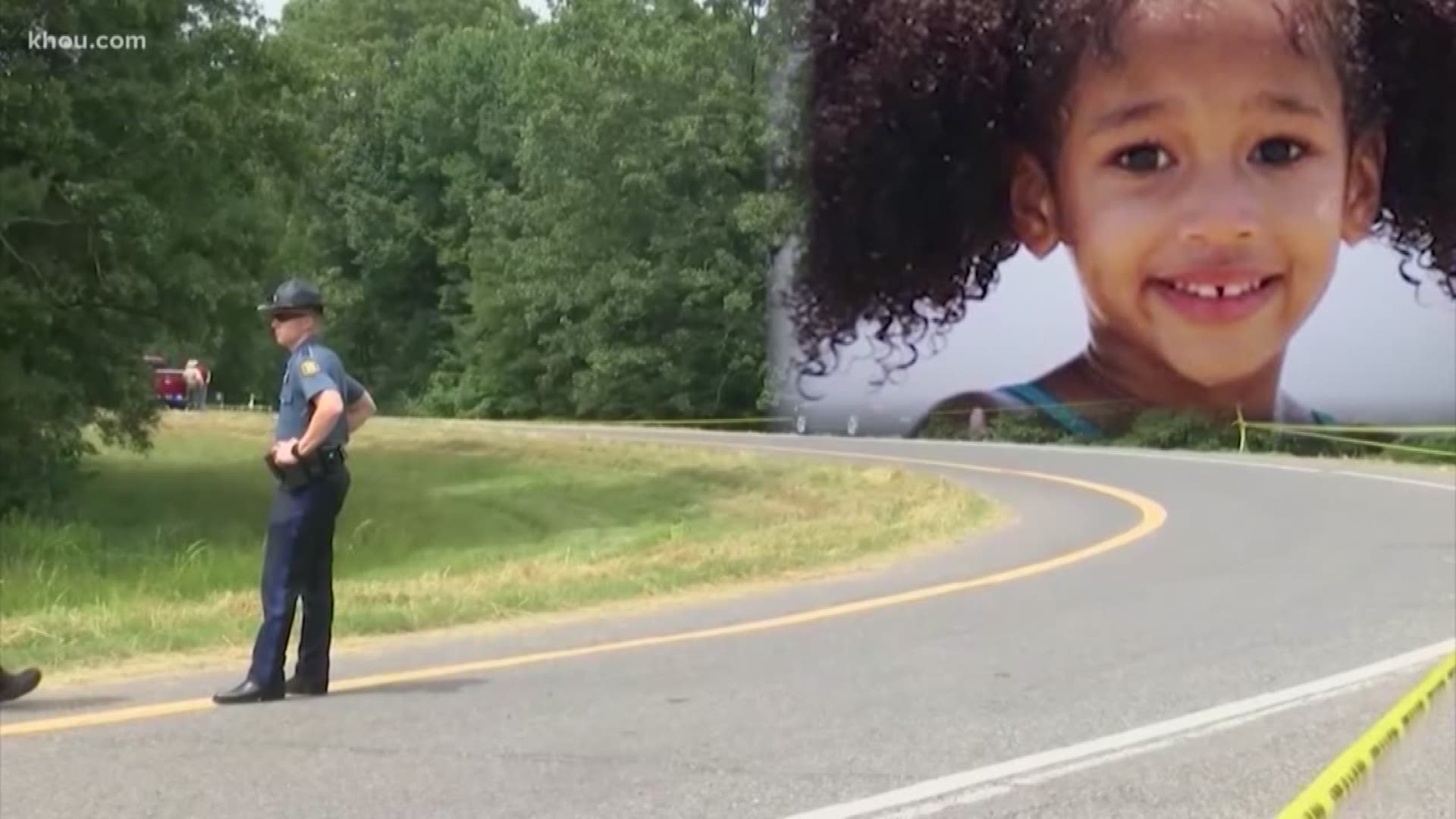 Editor's note: Some readers may find the details below disturbing.

It's the news all of Houston knew but didn't want to hear.

The investigation into how she died continues at this time. Tim Miller with the volunteer search group Texas EquuSearch said it may be impossible to determine.

Over the weekend, Miller told KHOU 11 the child's remains were left in a plastic bag that was run over by lawn mowers.

“It was a gruesome sight. It was a terrible sight to see. It took hours gathering up body parts and evidence,” said Miller.

Medical examiners in Harris County are testing what little was left intact.

“They’re doing an autopsy to determine the cause of death. I think it’s going to be impossible,” said Miller.

RELATED: 'I think it’s going to be impossible' to determine Maleah's cause of death, EquuSearch founder says

The image Miller can’t shake is seeing a little pink barrette among the remains thrown out like trash.

The child's stepfather initially claimed Maleah was kidnapped the evening of May 3 in northeast Houston. The claim led to an Amber Alert about 24 hours later and a month-long search for answers.

The stepfather, Derion Vence, remained in jail Monday morning on a charge of evidence tampering. On Friday, he told community activist Quanell X where authorities would find Maleah's body and admitted to dumping her on the side of the road, but he claimed her death was an accident.

"The defendant remains charged with tampering with a corpse," stated the Harris County District Attorney's Office on Monday. "Prosecutors continue their review and are working with Houston Police. Additional charges would be filed as the evidence supports doing so. We remain focused on finding the truth and delivering justice for Maleah."

The police department also tweeted it had no further updates about the investigation into Maleah's death.