The daycare Maleah attended has kept her name on a shelf where she stored her things. 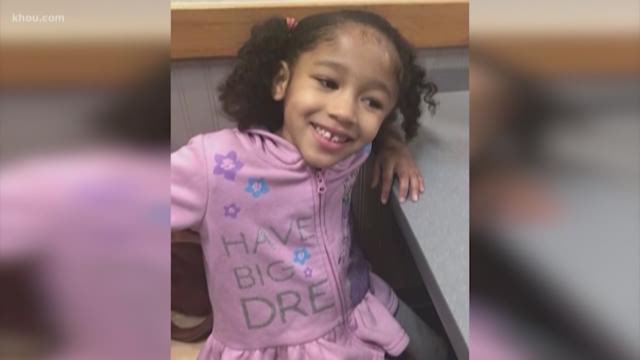 HOUSTON — Among the remembrances that still adorn the outside of Maleah Davis’s family’s apartment is a hand-drawn angel.

That’s how many of her neighbors now think of her.

“And I pray that justice will be served where it should be served,” said Jermaine Miller.  “Because this little girl didn’t bother nobody.”

Many listened as activist Quannel X revealed new claims from Maleah’s step-dad, Darion Vence, including the part about dumping her body in Arkansas following a supposedly accidental death.

“You know, it’s a horrible story and situation,” said Joan Brown.  “But he thought if he got rid of the body, they’d be no evidence, and that’s what he did.”

“It’s a tragedy to hear that occurred and he finally confessed to something,” said Ricardo Villareal.  “So, it’s sad.”

We watched volunteers help Maleah’s mother hand out hundreds of flyers in their neighborhood in the early days of the search.

“Even if you’re not a parent, as an adult, we should look to protect all children,” said Guillory.  “They’re vulnerable, they’re weak, they’re helpless.”

He said the last chapter in Maleah’s short, tragic life is almost too much to comprehend.

“This was a girl that was loved,” said Guillory.  “A beautiful young girl.”

Neighbors said Maleah’s mother, Brittany Bowens, and the family moved out of the apartment within the last week or so.

The daycare Maleah attended has kept her name on a shelf where she stored her things.