Maleah Davis Memorial Bridge to be dedicated in Arkansas on Nov. 9

Funds for the sign were donated by a resident of Hempstead County who wishes to remain anonymous. 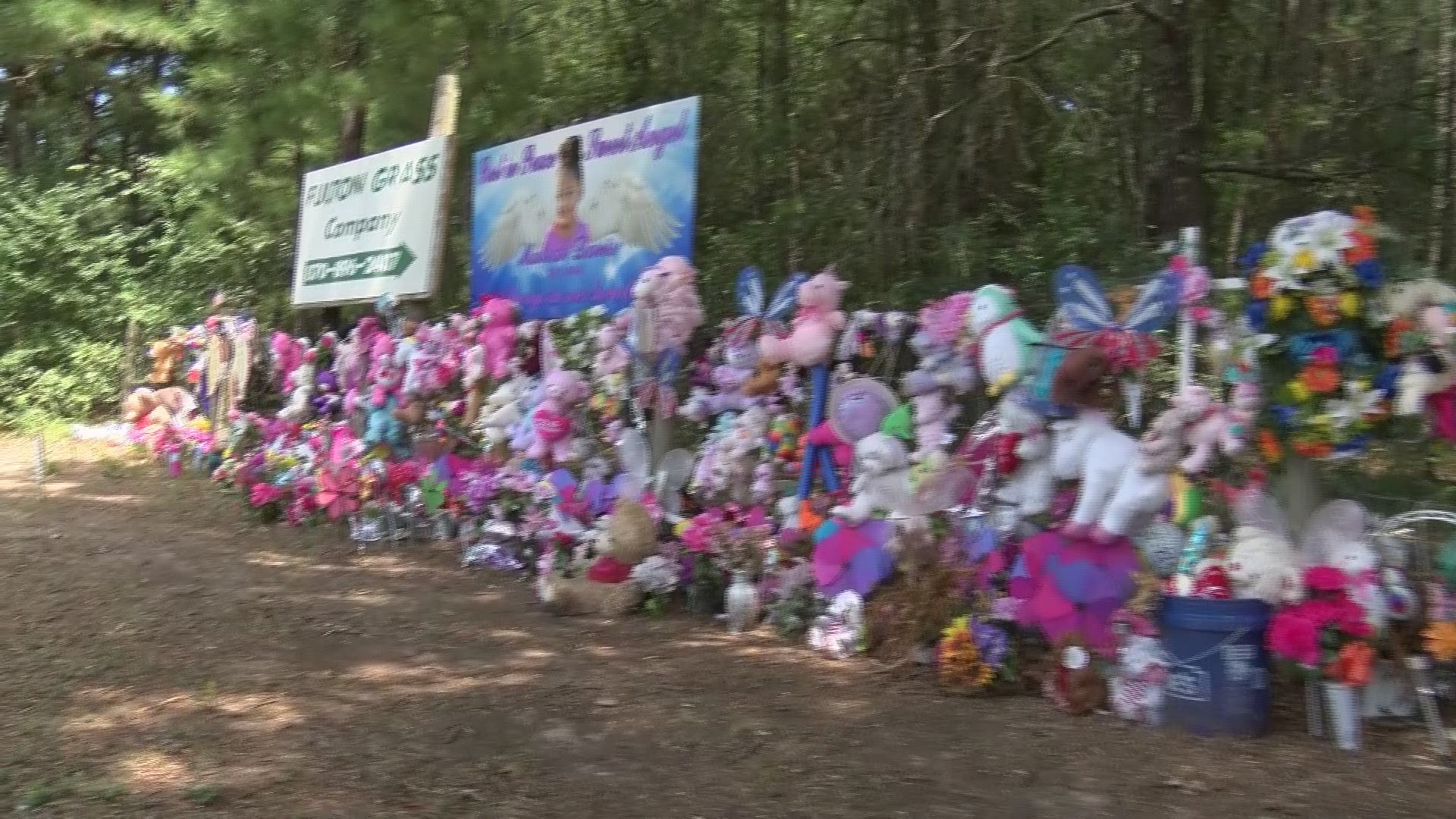 On Saturday, Nov. 9 at 10 a.m. a ceremony will be held to unveil the signs designating Red Lake Road Overpass at Exit 18 as Maleah Davis Memorial Bridge.

Maleah Davis a 4-year-old from Houston, who was reported missing in early May of this year. A massive search was started in Houston for Maleah on or about May 4.

The initial search was at exit 30 in Hope, Ark. As the search continued, officers received information from a contract road crew who were mowing in the area of the on ramp at exit 18, that they had discovered a black trash bag that was emitting a foul odor and had what looked like blood on it.

Investigators arrived and discovered that the trash bag contained the remains of a small child. The remains were released to Houston homicide detectives who were also on scene after the discovery and were flown back to Houston to be examined to determine if these remains were that of 4-year-old Maleah.

RELATED: Arkansas bridge to be renamed in honor of Maleah Davis

RELATED: County in Arkansas wants to honor Maleah Davis by renaming bridge near where her body was found

On June 4, Hempstead County Sheriff James Singleton requested a permit for a roadside sign from the Arkansas Transportation Department in honor and memory of Maleah Davis and other missing and exploited children throughout the nation.

The Quorum Court of Hempstead County voted unanimously to support the re-naming of the Red Lake Road Overpass at Exit 18.

Funds for the sign were donated by a resident of Hempstead County who wishes to remain anonymous.

“As Sheriff of Hempstead County, I would like to invite all who would like to show support or participated in the search for Maleah, Her Family, the Officers who had to work the scene and anyone who may way want to let the world know that we The Law Enforcement Officers of Hempstead County will never forget May 31, 2019 and will always think of Maleah as Our Little Angel,” Singleton wrote.