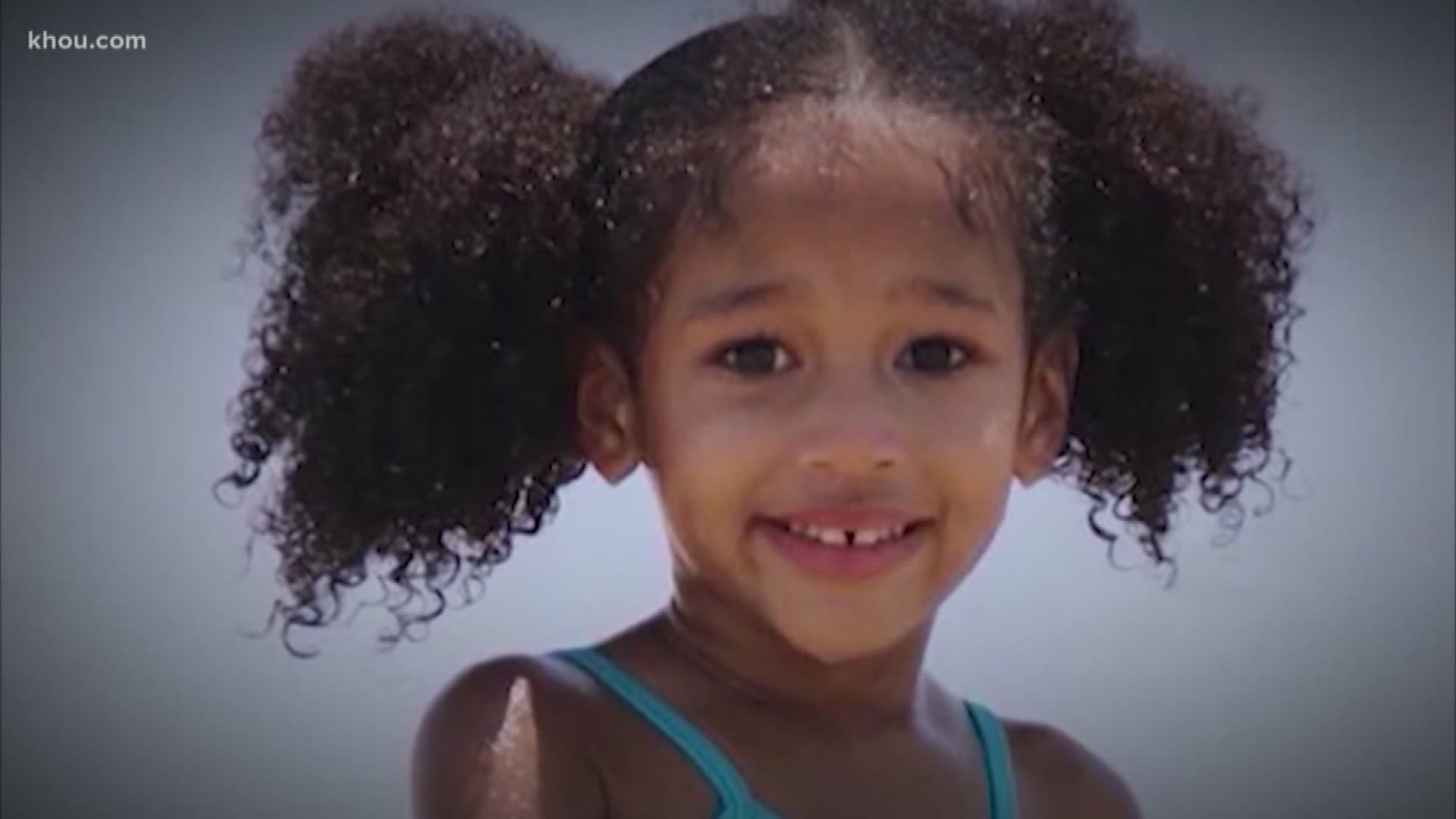 KHOU 11 is checking court records and at this time we can confirm Derion Vence is still in jail and his charges have not been upgraded.

The District Attorney's Office emailed a statement saying, "Our investigation continues. All evidence will ultimately be presented to a grand jury to determine what charges are appropriate."

During a press conference, Houston Police Chief Art Acevedo said investigators are still interviewing doctors, witnesses and other experts to find out what exactly happened to Maleah.

"Everyone is working full speed ahead with no stone unturned to bring justice to Maleah,” Chief Acevedo said.

KHOU Legal Analyst Gerald Treece said he thinks the district attorney's office is handling the case correctly and he believes there will be an indictment for murder.

The body was discovered after suspect Derion Vence reportedly shared its location to community activist Quanell X in a jailhouse meeting.

“We are responsible for making sure a situation of this kind never happens again in this city, this state or in this country," Mayor Turner said.

“She had a beautiful, wonderful sendoff,” said Gracie McGhee, a staff member at The Crossing Community Church, where her service was held . “You would have thought that Maleah was an elderly lady for all of the wonderful things that was said about her.”

Her father shared the photos of her custom casket with KHOU 11.

KHOU 11 spoke to Quanell X after learning Maleah;s cause of death. He believes Maleah's mother, Brittany Bowens, also needs to be held accountable for her death.

"She has to be because she could’ve did a much better job in protecting that beautiful young baby,” said Quanell.

Check back with KHOU 11 throughout the day for any updates on this story.