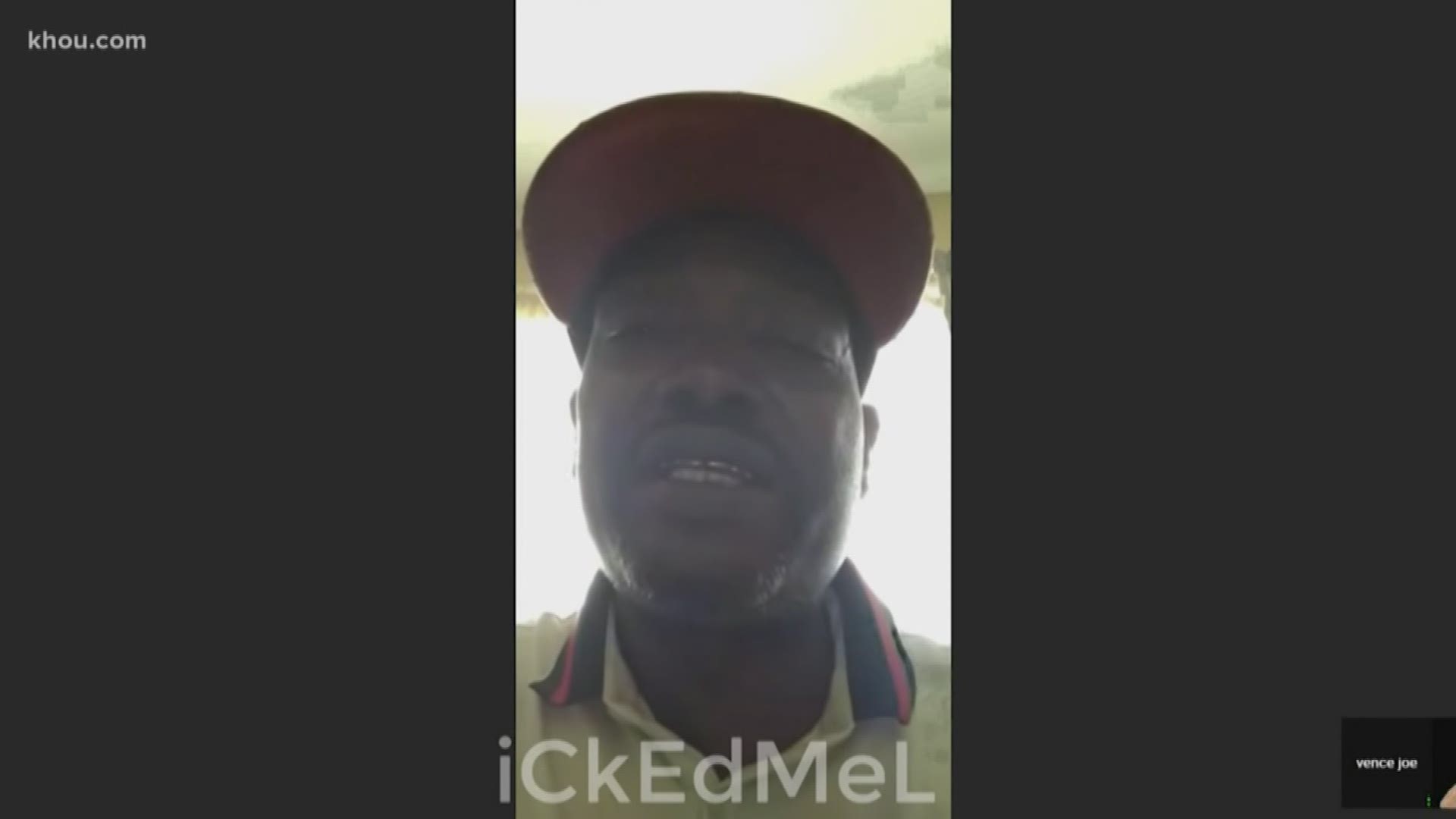 HOUSTON — Derion Vence remains locked up at the Harris County jail for allegedly tampering with a human corpse in connection to Maleah Davis' disappearance.

It's been nearly three weeks since the 4-year-old was last seen with her stepfather. Now Vence's father, Joe D. Vence, is speaking out, vehemently defending his son.

“(Derion) loved that family,” Joe D. Vence said. “He did everything to stay with the girl when we was trying to tell him no she’s not right.”

“There were a few things that didn’t kind of align with what we’ve been told,” Cedeno told KHOU 11 News. "I just feel they set him up some sort of way," Joe Vence said. "I know he didn't do anything to her. He loves her. He's been taking care of her since she was 1 years old."

"She told my son the night of the disappearance, I'm about to get a Lifetime movie out of this," Joe D. Vence said.

“When he went out that first night to find Maleah he got mobbed,” Joe D. Vence said. “Then he didn’t understand. He didn’t trust her or her baby’s father because they came at him real crazy.”

RELATED: 'I have my fears' | EquuSearch founder says hope is dwindling in search for Maleah Davis

Joe D. Vence also claimed blood tied to Maleah found in his son’s apartment hallway and bathroom by police came from another child.

When Cedeno asked for clarification, Vence explained, “…that’s why it says traces of blood related to Maleah because it’s her brother’s. It’s like the (district attorney) was really pressing to get something going on this case because of the publicity.”

Detectives insist they tested for family DNA and stand by their warrant. They also stand by last week’s search of a field along Derion Vence’s old post office route.

“My son never worked on a post route ever in his life,” Joe D. Vence told Cedeno.

He says claims that Derion Vence was abusive to Maleah and Bowens just aren't true.

"He's not a violent person," Joe D. Vence said."He has no violent past at all. Why would you leave your children at home with him if he's doing all these things?"

HPD found blood linked to Maleah in the family home and signs Derion Vence tried to clean it up. Surveillance photos show Derion Vence walking in the house with bleach and walking out with a large black trash bag. Cadaver dogs were also triggered by the scent of decomposition in the trunk of his car.

"He was actually doing laundry," Joe D. Vence said. "He cleans the house. He cooks. He takes the kids to daycare. He does all of those things."

"I believe my son is innocent and I believe his story," Joe D. Vence said.

Melvin Cedeno said he did the interview to hear Derion Vence’s side. Hundreds of viewers did, too.

More than anything, though, Cedeno hopes all the chatter helps find Maleah.

You ask, we answer: Why was bond reduced for Maleah Davis' stepfather? Will there be more charges?

Did Maleah Davis' mother attend her father's funeral in Massachusetts?