HPD: Child remains, clothes found in Arkansas 'lead us to believe it is Maleah'

“It was a sight you wouldn’t want anybody to see." - Texas Equusearch founder Tim Miller 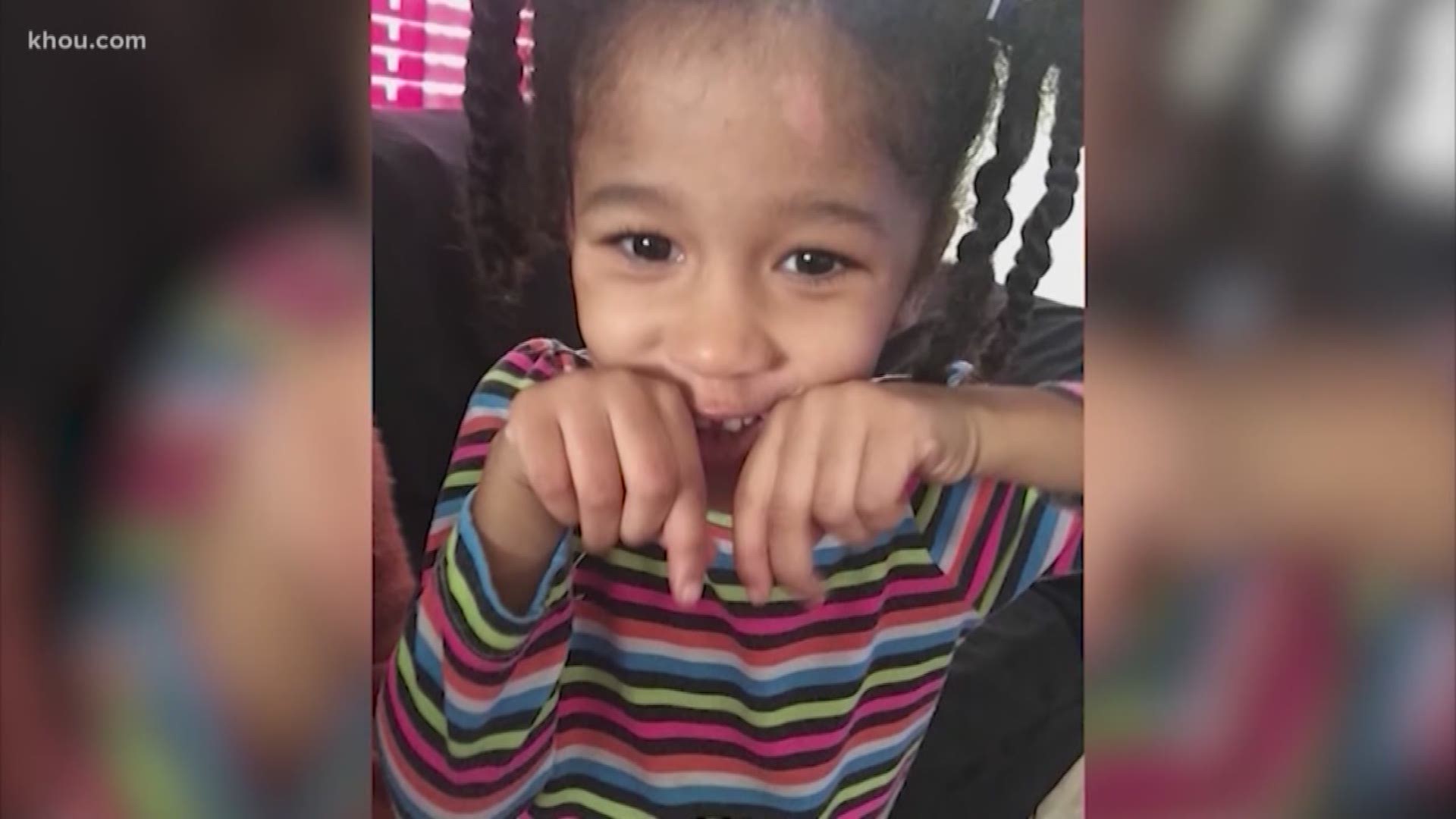 However, DNA tests are needed to confirm that suspicion.

“It was a sight you wouldn’t want anybody to see,” Miller said.

In a garbage bag tossed and run over by lawnmowers along a lonely curve of Interstate 30 in Fulton, Arkansas, what’s left of someone’s child rattled searchers, shook a sheriff and pulled Houstonian Jimmy Davis -- en route to Memphis -- off the road.

“As soon as (the officer) said (it was a) four-year-old, as soon as she said four-year-old little girl I was like 'is it Maleah?'” Jimmy Davis said.

HPD detectives flew in based on a tip.

“There are some personal effects that lead us to believe it is Maleah,” Sgt. Mark Holbrook, an HPD detective, told KHOU 11 News.

Activist Quanell X told authorities he spoke with the missing girl’s stepfather, Derion Vence, who is a suspect in jail and accused of foul play in the case.

Quanell X claimed Vence told him Maleah died by accident which caused him to panic, drive north, then dump the body in a trash bag along I-30 near exit 30 in Hope, Arkansas.

“I have grandbabies,” he said.  “I know what child clothes look like.  We just showed up and tried to put an end to this search.”

After an hour of searching, Hempstead County deputies, Arkansas State Police and Arkansas Game and Fish officers got word that a crew picking up litter found a garbage bag covered in blood and worms 12 miles south.  The crew found it three days ago, reported it to a supervisor but left it, according to Sheriff Singleton.

Before investigators found it, a separate crew mowing tall grass in the area ran over the bag.

HPD detectives know that the remains belong to a child.  However, they could not confirm that it is Maleah until Harris County medical examiners run DNA tests.

The clothes, jewelry and clues around the bag were enough, though, for Hempstead County’s coroner to allow the remains to be flown back to Houston.

Miller, who paid for the plane that carried authorities and the remains, has no doubts it is Maleah.

“Unfortunately she was found in the condition she was found,” he said.  “But she’s found.  So the community knows.  Family knows.  We can put this behind us.”

Vence has a new lawyer and is not cooperating with detectives, investigators said.

Watch: Quanell X details conversation that may have led to Maleah Davis' body