People filled Brewster Park to pay tribute to Maleah Davis. It's now been two weeks since an Amber Alert went out for the 4-year-old. 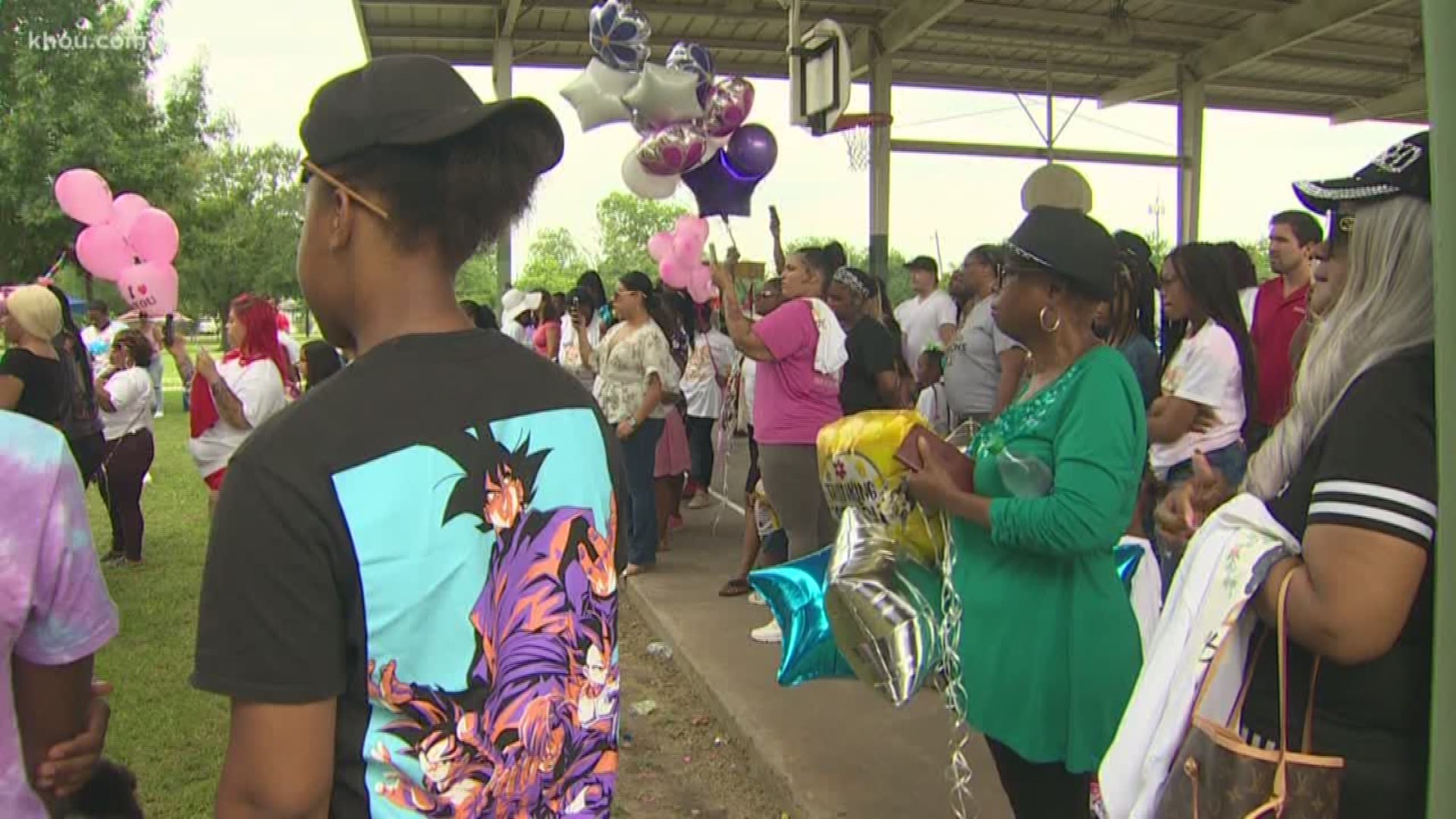 HOUSTON — Two weeks since an Amber Alert was issued for 4-year-old Maleah Davis, the community came together for another vigil and balloon release for the little girl that remains missing.

"It could have been my grandbaby," said Kokea Jackson.

Parents brought their daughters. Every face and every smile somehow a vivid reminder that Maleah could've been their own.

"This baby will never get to go to pre-k," said Jackson.

It's why Jackson decided to organize this vigil for Maleah.

"It's a pain I just can't get away," said Jackson.

For more than two weeks now, Maleah's been missing.

"I came here to show support for Maleah," said Vanessa Garcia. "She didn't deserve what got done to her."

In that time, her stepfather Derion Vence has been arrested for tampering with a human corpse in connection to Maleah's disappearance. Texas Equusearch has temporarily suspended the search for the 4 year old until more information surfaces.

RELATED: 'I have my fears' | EquuSearch founder says hope is dwindling in search for Maleah Davis

"We're parents, we have kids and it hurts our hearts to know that something like this could happen to children in our community," said Garcia. "The system failed her."

"We know she's in heaven's playground," said Garcia. "But we want to find her so she can rest in peace."

So with handwritten messages from children etched in chalk and dozens of balloons, they sent their prayers flying high holding on to faith she'll be found. And they're hoping wherever she is Maleah can feel a community's love.

"Even though your stepfather, mother, the system failed you, we love you as a community," said Garcia. "Houston loves Maleah."