Maleah Davis is one of 58 Houston children still missing

Maleah is one of 58 missing children in the Houston area. 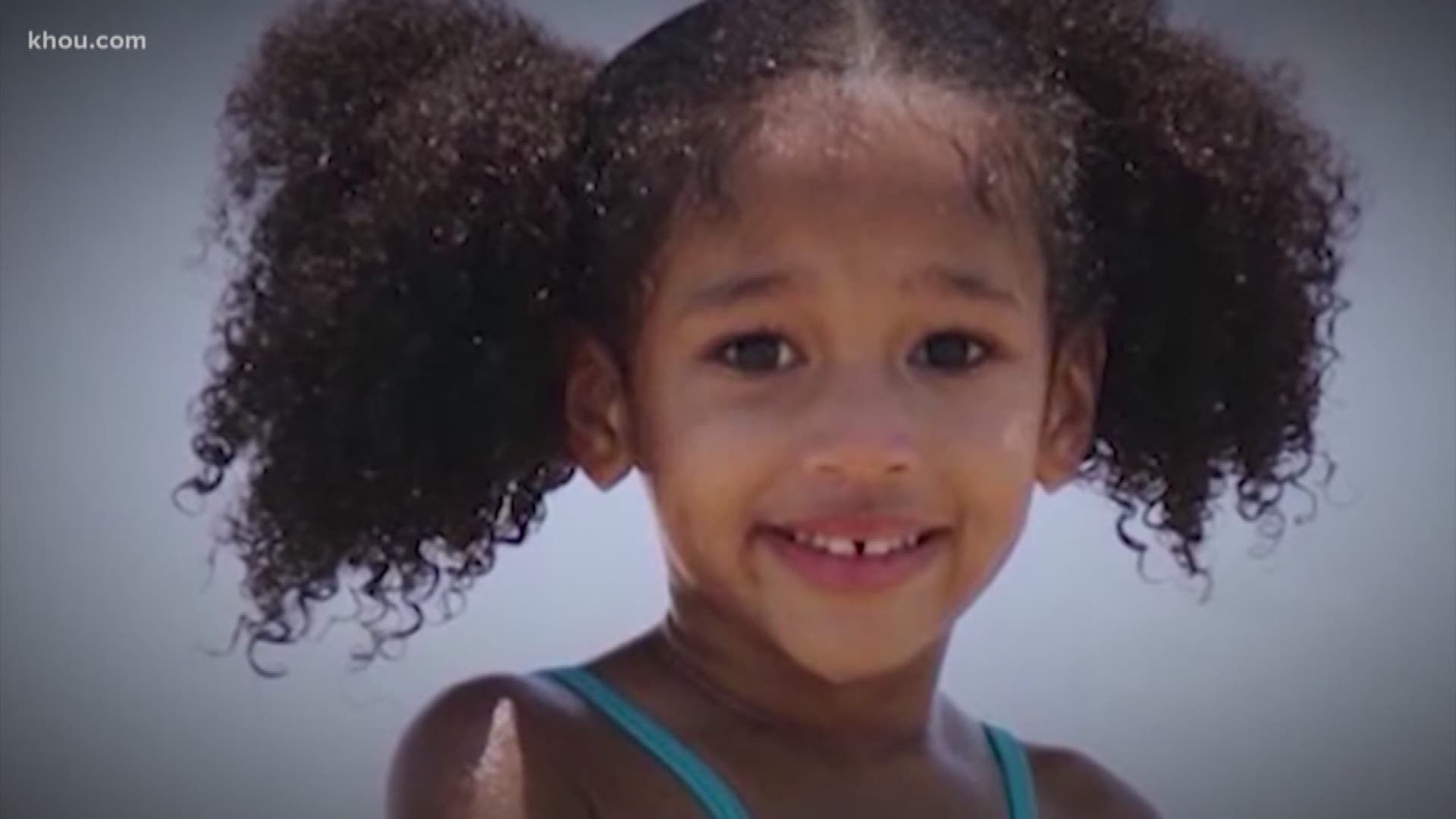 But as the search for Maleah slows and the public spotlight fades, there's real concern growing that the little girl will become another one of Houston's missing children that never came home.

"People's memories fade and we move on to other cases," said Kahan. "We're going on a month, three weeks now, so we have to keep this going while we can. This story takes more twists than I have seen in 27 years."

The search for Maleah's been suspended. Her stepfather Derion Vence is in jail on charges of tampering with a human corpse, and he remains the main suspect in her disappearance.

Strangers have done all they can to keep to her name in the headlines.

"It's galvanized not just the city but the entire country and all over the world people want to know what happened to her," said Kahan.

The sad truth is Maleah is one of 58. The National Center for Missing and Exploited Children reports there are currently 58 missing children in the Houston area. Some have been missing for decades.

"National Missing Person Day is May 25, so in just a few days you're going to have a spotlight on all these missing people, especially children," said Kahan.

Those tips are trickling in, but nothing has led to Maleah yet. With a $5,000 reward still on the table and the possibility that it could still be increased, there's still hope.

"All it takes is one right tip," said Kahan. "One right tip can lead us to answering those questions we all have right now."

If you have any information that can help investigators solve Maleah's disappearance, call Crime Stoppers at 713-222-TIPS.

You ask, we answer: Why was bond reduced for Maleah Davis' stepfather? Will there be more charges?