St. Louis boy comes home after almost a year in the NICU

Kash Costello was born at just 27 weeks and there were times it didn't look like he'd make it. 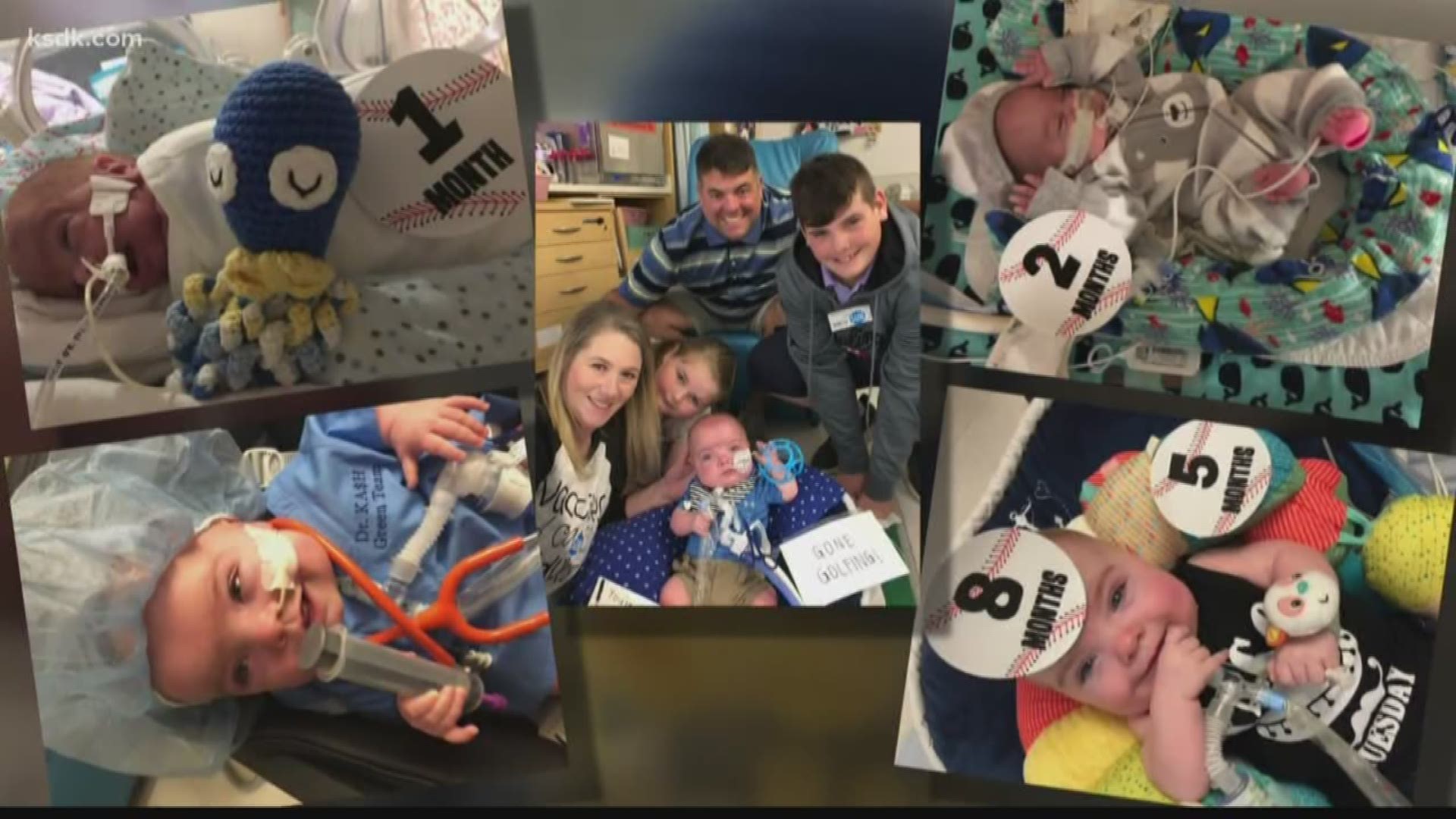 And the Costello family feels very much at home on the 5th floor of St. Louis Children's Hospital. Over the last year, they've spent more time here than the doctors and nurses.

"We couldn't have asked for better care," Ashlie Ott said.

Kash Costello's first nine months have been tough but not nearly as tough as he is.

He was born pre-mature after his mom was hospitalized with a life-threatening liver disorder.

"That feeling of imminent death that they always tell you about is real," said Ott, Kash's mom, "and I knew I wasn't going to make it much longer."

Weighing just two pounds, he could fit in the palm of your hand. But being small is not the only complication when you're born at 27 weeks.

As the days in the NICU turned into weeks and the weeks turned into months, Ashlie started documenting Kash's journey by dressing him up to mark holidays and milestones.

"Just because it's something we could do to take us out of the NICU for a few minutes. And we were there for so many holidays," Ott said.

Kash celebrating the Blues Stanley Cup victory was the most liked Facebook photo ever posted on the hospital's Facebook page. Now, the family has finally turned the page.

After 276 days in the NICU, Kash has finally left the hospital, though he brought some of it with him including a home ventilator. His parents have been trained to use the machines and to be cautious.

"We're going to limit things just because on the safe side of things we don't want him to get sick but other than that we're going to make it as normal as possible," Kash's dad Kent Costello said.

And the Costellos can finally start thinking about the future.

Kash Costello. A little miracle who was made to feel at home until he got there.

RELATED: Cedric the Entertainer gets serious about women's health