Matt Neil has been fixing and maintaining medical equipment for years. It turns out, he repaired the machine helped save his son's life. 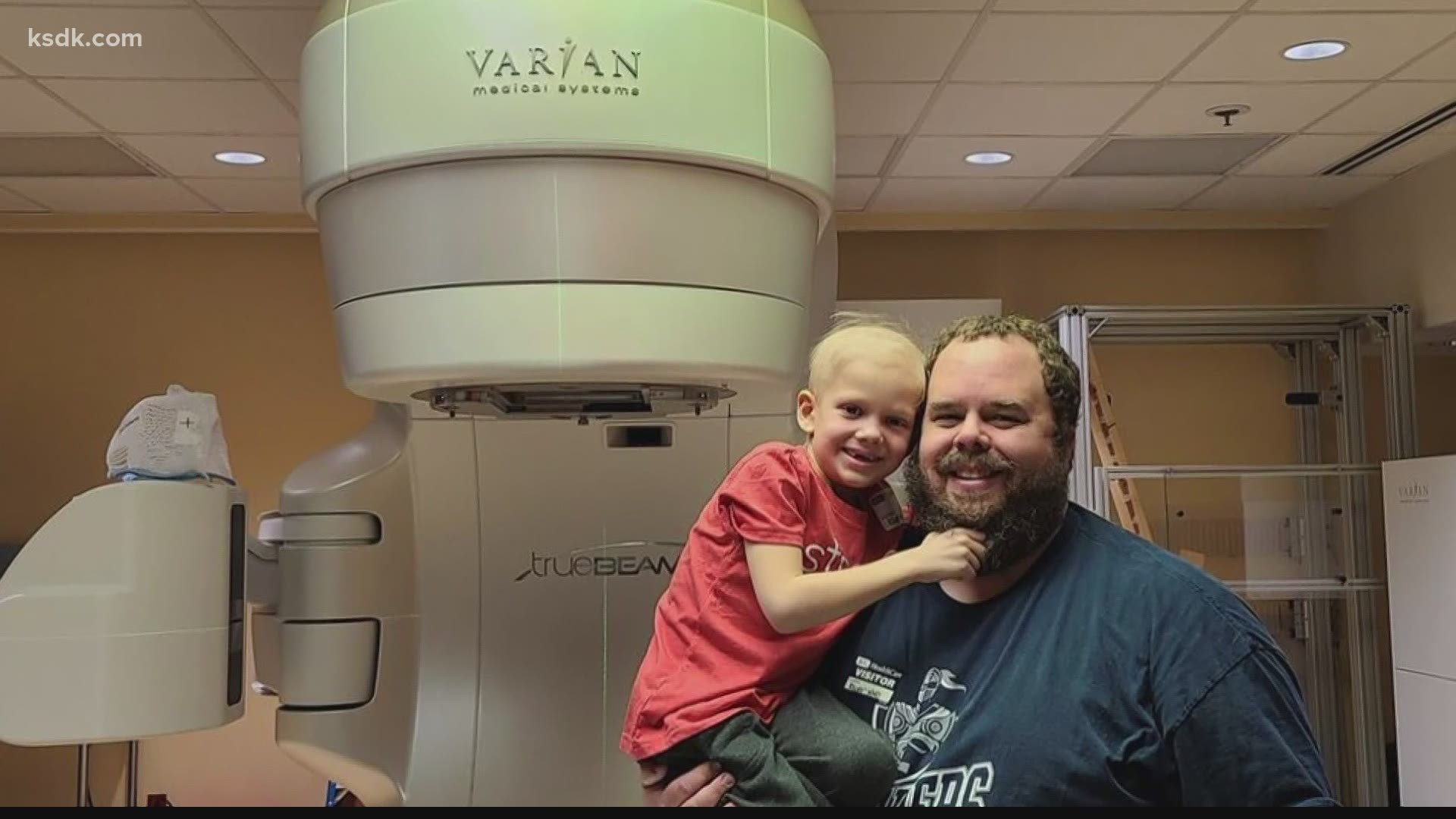 It's Matt Neil's job to service and repair these complicated machines.

"I started in the Navy and I learned electronics," he said. "While I was serving onboard a submarine."

And when he's on the job, a machine on the fritz is not an option.

"From from the beginning, I always said I'm going to treat these machines as if someone I love is going to be treated on it," Neil said.

Turns out that attitude was both compassionate and prescient.

A battery of tests revealed mom was right. The next thing she knew, Isaiah was being airlifted from his home in Springfield, Missouri, to St. Louis Children's Hospital.

"The next day, we got a diagnosis of rhabdomyolysis sarcoma," she said.

RMS is the most common soft tissue cancer in children with about 350 new cases every year in the United States.

"So this is a cancer that can occur in many areas of the body. For Isaiah, it started in his nasal cavity," Dr. Perkins said.

"There were a few times when I would go in and do maintenance and repairs on his machine," Matt said, "and so knowing that the next morning my little boy is going to be laying on that table getting radiation just made what I'd always said just even that much more real."

Through it all, Isaiah was a superhero. Keep in mind, he's the kind of kid who doesn't even like taking Tylenol.

"I'll take gummy vitamins but that's about it," he said with a smile.

Just months after the diagnosis, the Neil family went from heartache to hope.

"We just cried when Dr. Perkins showed us the scans," Amber said.

The radiation therapy did its job and shrunk the tumor. And though Isaiah will still have to undergo weeks of chemotherapy, he got to celebrate by ringing the bell.

"We anticipate he's going to have scans and visits with us here at Children's in the years ahead," Dr. Perkins said, "but he'll be starting school and getting back to normal activities in the next few months."

These machines that help save lives are a masterpiece of engineering.  And for at least one family, maintaining them is a work of heart.

"I hope we can inspire other people that have to be on those scary machines that it doesn't have to be big and scary," Matt said.