Grant's case is before the Texas Court of Criminal Appeals, which will decide his actual innocence of a 2010 Montrose murder. 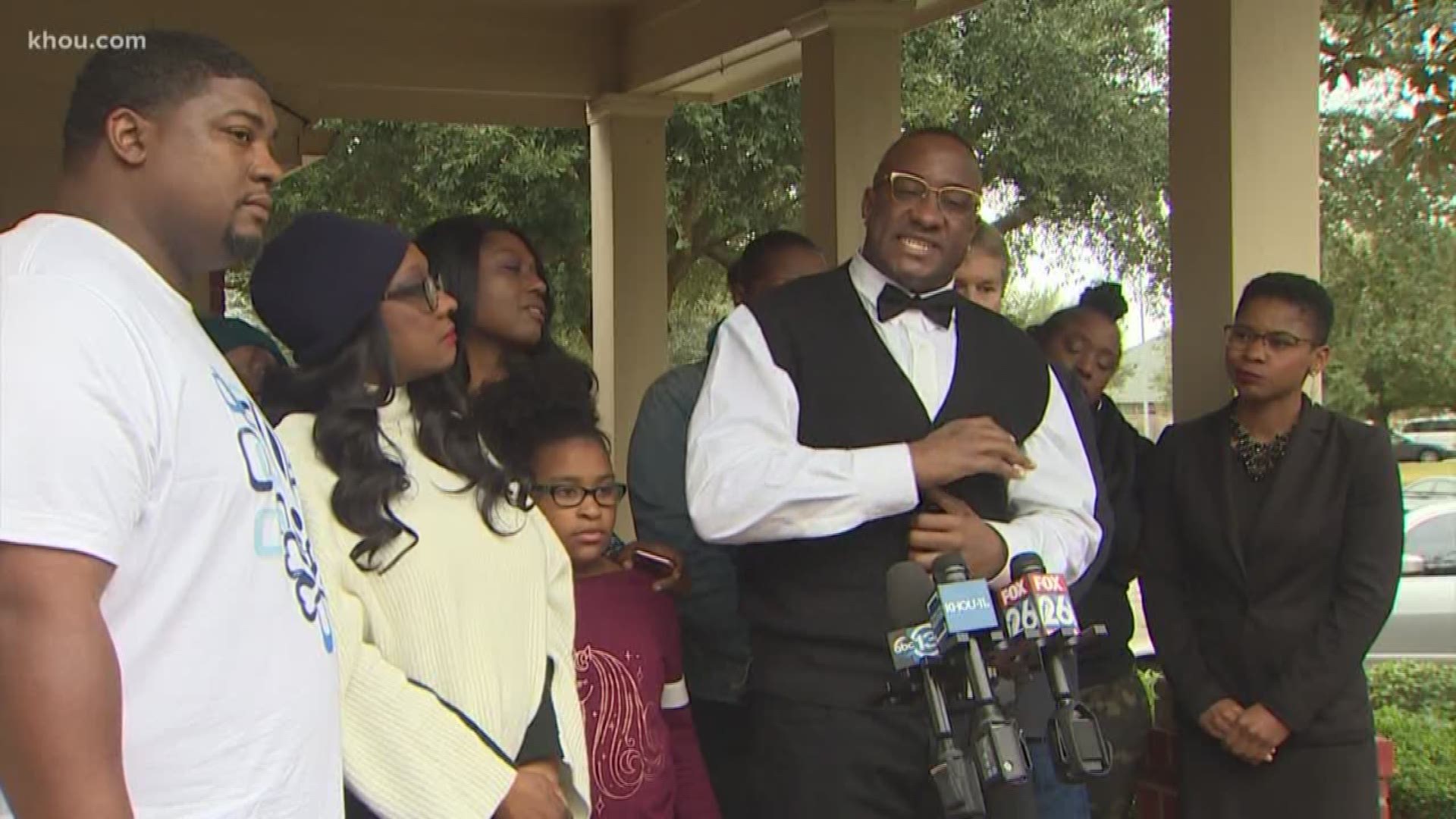 But for Lydell Grant, a man who spent seven years in prison for a crime he said he didn’t commit, his path to a freedom is on a fast track.

Grant, 42, was convicted of murder and sentenced to life in prison for the 2010 stabbing death of Aaron Scheerhoorn. Six eyewitnesses pointed Grant out of a photo lineup, claiming he was the man they saw brutally attack the 28-year-old outside Blur Bar in Houston’s Montrose neighborhood.

But a new analysis of DNA evidence done this summer points to a different suspect, a man the Harris County District Attorney’s Office has charged with Scheerhoorn’s murder—paving the way for Grant’s exoneration.

“It is our belief that the evidence does support (Grant’s) actual innocence,” said Gerald Doyle, assistant district attorney and chief of the conviction integrity unit for the DA’s office. “We’re confident that’s what the court of criminal appeals will find as well.”

State District Judge George Powell issued a recommendation on Dec. 26, just a month after Grant was freed on bond, to the Texas Court of Criminal Appeals that Grant’s conviction be vacated. The appeals court will make the final ruling on Grant’s actual innocence.

Grant was freed from jail two days before Thanksgiving after an investigation by the Houston Police Department found the man whose DNA was discovered under one of Scheerhoorn’s fingernails.

Jermarico Carter was arrested in Atlanta, Georgia, and confessed to the murder to HPD detectives, according to the district attorney’s office. Information gathered by the FBI also placed Carter in Houston near the crime scene the night of the murder. Carter, 43, had fled to Atlanta shortly after the murder, the DA’s office said, and later went on to stab a roommate.

Carter has a lengthy criminal history in Harris County, including burglary, possession and evading arrest. He was charged with Scheerhoorn’s murder on Dec. 21. He’s currently in jail in Atlanta as the district attorney’s office works on extraditing him back to Houston.

A month after his release on bond—and four days before Christmas—Grant had his ankle monitor and bond restrictions removed thanks to Carter’s murder charge.

The day after Christmas, Powell made his recommendation to the court of criminal appeals.

Anthony Graves spent 12 years on death row and nearly two decades locked up for murdering six people in Somerville, Texas, a small town an hour-and-a-half northwest of Houston. Twice he received an execution date. He was exonerated in 2010.

Timothy Cole died in prison in 1999 as an innocent man. Cole was sentenced to 25 years in prison for raping a woman while a student at Texas Tech University in March 1985. Cole was posthumously exonerated in April 2009. A year later, then-Texas Gov. Rick Perry pardoned him.

Doyle with the district attorney’s office said that Grant’s case is moving so quickly because of the support of the Houston Police Department, the Harris County District Attorney’s Office, and the work done by the Innocence Project of Texas.

“We worked together as a team to reinvestigate this quickly, frankly because we didn’t want to see an innocent person or someone we thought could be innocent in prison,” Doyle said. “Everyone moved quickly to make it happen.”

Credit: Matt Keyser / KHOU.com
Mike Ware has been involved in at least 30 exonerations in his career as a lawyer, including the pending case of Lydell Grant (right).

The non-profit Innocence Project of Texas represents Grant and sent the DNA to a lab in Pennsylvania to be analyzed. That analysis determined none of Grant’s DNA was present under Scheerhoorn’s fingernail. The DNA of another man was uploaded to the FBI’s Combined DNA Index System database, also known as CODIS, which provided a match to Carter.

“Thank goodness this is a case in which there was DNA that we could test, that we could re-analyze, and put in the CODIS database,” said Mike Ware, executive director of the Innocence Project of Texas and Grant’s lead attorney.

Ware has overseen at least 30 exonerations, which included other cases of mistaken eyewitness testimony.

Doyle said he’s happy for Grant as he begins his new life.

As for Grant himself, he stood outside his mom’s house four days before Christmas and was all smiles as he spoke about moving forward with his life. He wore a black vest, a white-buttoned-down shirt, a black bowtie and gold-rimmed glasses. He spoke with a passion and energy that made it feel as if anything was possible for him. He eagerly showed off his ankle, which was no longer burdened by a GPS monitor.

“As y’all can see, things are starting to progress and move forward,” he told a crowd of reporters. “Therefore, I can move forward with my life.”

Credit: Matt Keyser / KHOU.com
Lydell Grant kept the Bible he received when he first arrived in prison. "I just thank God for being the light in the dark hole that I was put in, I was placed in, and had to endure in," he said.

He said he holds no hard feelings towards the district attorney’s office. Instead, he said he’s focusing on his next steps—a focus he kept throughout his time locked up. He thanked God and said his faith is what helped him believe he’d one day be free.

He said he looks forward to getting back to work as a pipefitter at a refinery in Baytown, but he needs a car to get to and from work every day. Until then, he’s focusing on the New Year and his new life.

MORE ON THIS CASE