Jessica Chavez spoke Tuesday, expressing her deep disappointment that Houston police officers will not be charged in connection with her husband's death. 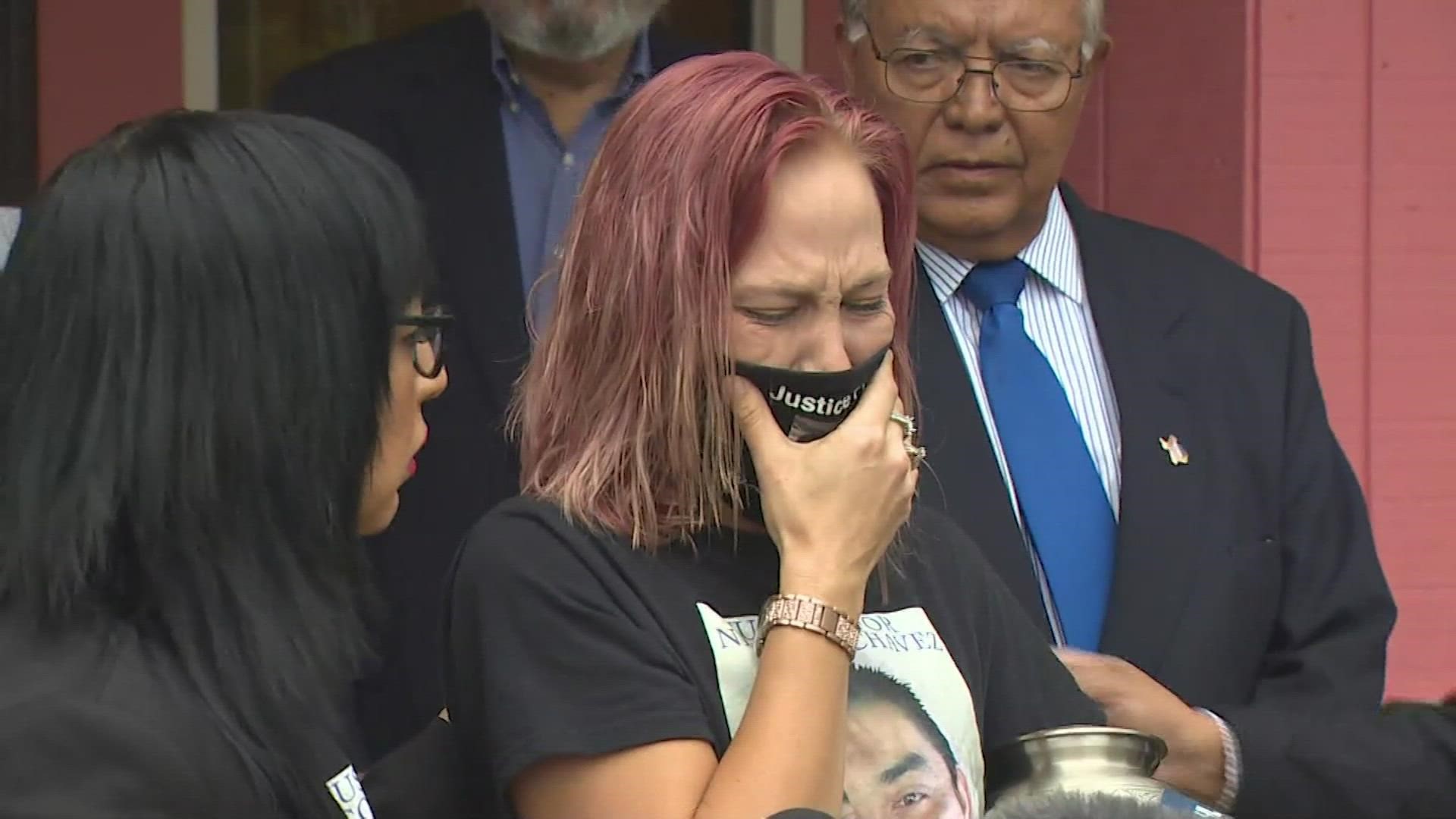 HOUSTON — The family of Nicholas Chavez believes a Harris County grand jury failed them in their pursuit of justice.

Jessica Chavez cradled the ashes of her late husband, Nicolas Chavez, as she expressed her deep disappointment in the grand jury's decision that criminal charges were not needed in his death.

“It’s been very difficult for me but I’ve been pushing, pushing through doing what I can do for me and his stepchildren,” Chavez said.

She and leaders with the League of United Latin American Citizens held a press conference Tuesday about the ruling. Houston police shot and killed Nicolas Chavez during a mental distress call in April 2020.

According to the Harris County District Attorney's Office, prosecutors spent four days presenting evidence to a grand jury that determined there was no probable cause to charge anyone with a crime.

While heartbroken, they're hoping his death will continue to inspire calls for better police response in mental health situations. LULAC said it's not about race, but protecting vulnerable members of the community.

"I am his voice, and I will continue being his voice," Jessica Chavez said. “He might not be physically here but he is still here and he will forever be here.”

She said the urn is a reminder that her husband was still present in spirit, and the fight for justice was not over.

HPD released several videos of the incident and four officers were fired after a decision from the City of Houston Independent Police Oversight Board. The family later sued the officers, the Houston Police Department and the city, but that lawsuit was dismissed.

LULAC expected jurors would follow the lead of the city and former Houston Police Chief Art Acevedo. The chief said he agreed the officers' actions, especially shooting Nicolas Chavez more than 21 times while he was on his knees, was unnecessary.

"HPD needs more training — it's not enough," a LULUC representative spoke on behalf of the group. "You need to have a mental health specialist when you know there is someone out there that is having mental issues."

“Chief Acevedo fired them, so they should do something. He found something wrong so why don’t they do more?" Chavez said.

Chavez said she plans on refiling a lawsuit against HPD. A previous lawsuit was dismissed.

Director of LULAC, Agustin Pinedo, said it hopes HPD will prioritize mental health resources and training so something like this never happens again.

“When he got hold of the Taser that was useless, it was discharged, they shot him execution-style,” Pinedo said.