Potholes a problem in Louisville after winter weather 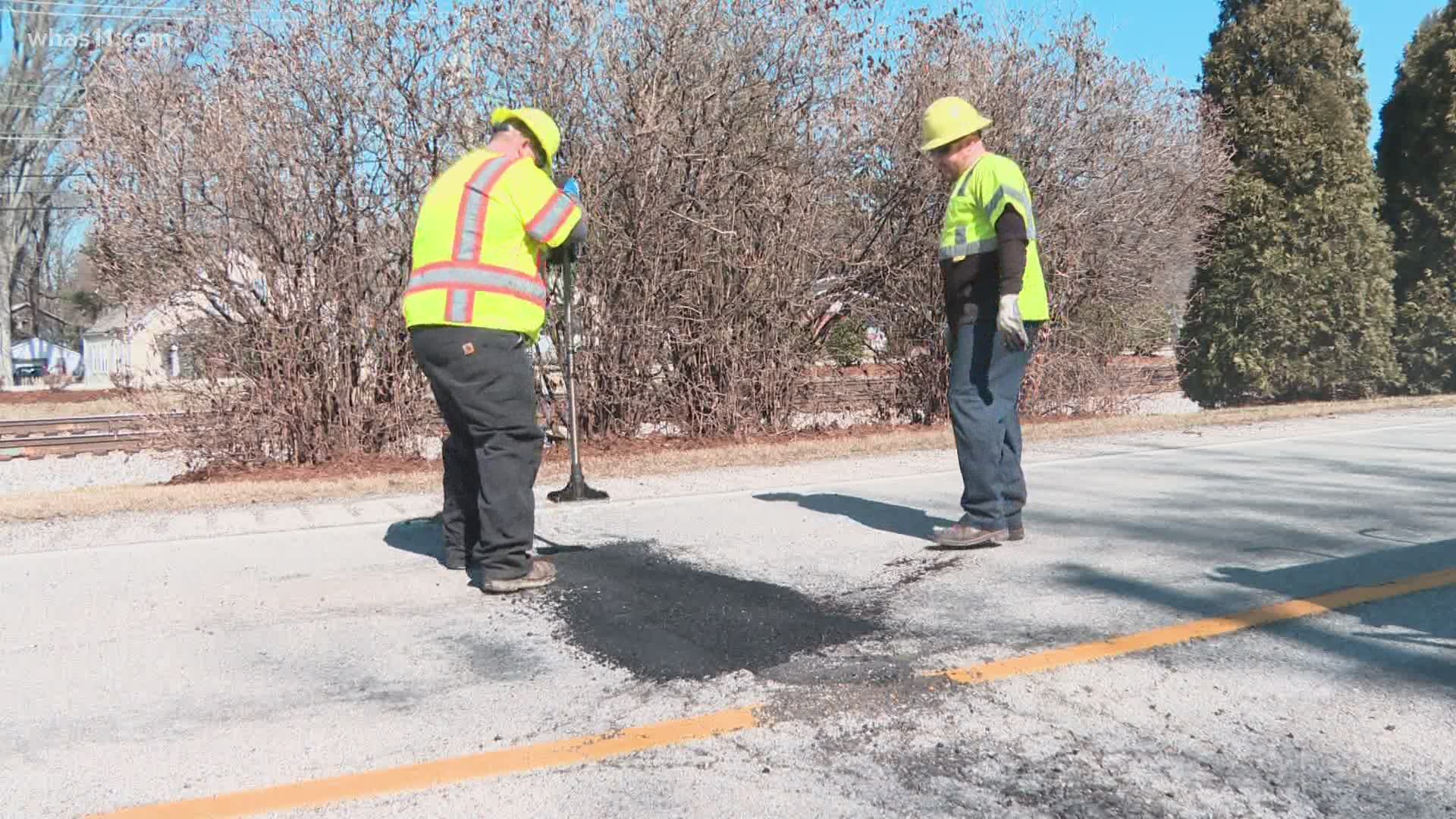 LOUISVILLE, Ky. — After snow and rain in February, potholes are taking over Louisville's roads. Not only can hitting an unexpected pothole cause a gut-clenching feeling, it can cause a lot of damage to your car.

At minimum, it's a nuisance. One that Louisville Metro Public Works has spent the last ten days fixing.

"Well, you know, after the snow, it's onto potholes," said Salvador Melendez with Louisville Metro Public Works.

Melendez said the weather has to be right to fix the roads, with crews needing warm and dry conditions. Eight teams have been out every day, each with four to six member crews, working to fill what they can.

Crews respond to between 60 and 80 calls a day, but it's hard to say exactly how many have been filled. One call may have two to three potholes at a time.

While potholes are not uncommon at this time, if you feel like there are more this spring than normal, you might be onto something.

"This year has been a bit different...because of the snowfall that we had, the snow season and the amount of material, snow treating material that we applied," Melendez said.

The salt and chemicals deteriorate the roads faster, water also exacerbates the problem. Melendez said it is not unusual to see the amount of potholes that we're experiencing now with winter weather.

Crews work all year filling potholes, but they do need to stop working when the weather is bad, so the transition from winter to spring is often the worse.

The good news, though not so great news for commuting time, is that this week is also the start of paving season.

If you have a pothole you need filled, the easiest way is to call 311 where you can report it. You can also go to louisvilleky.gov and fill out a report.