Unlike FEMA, Flood Factor's makers say it considers current and future impacts when determining if a property will likely flood or not. 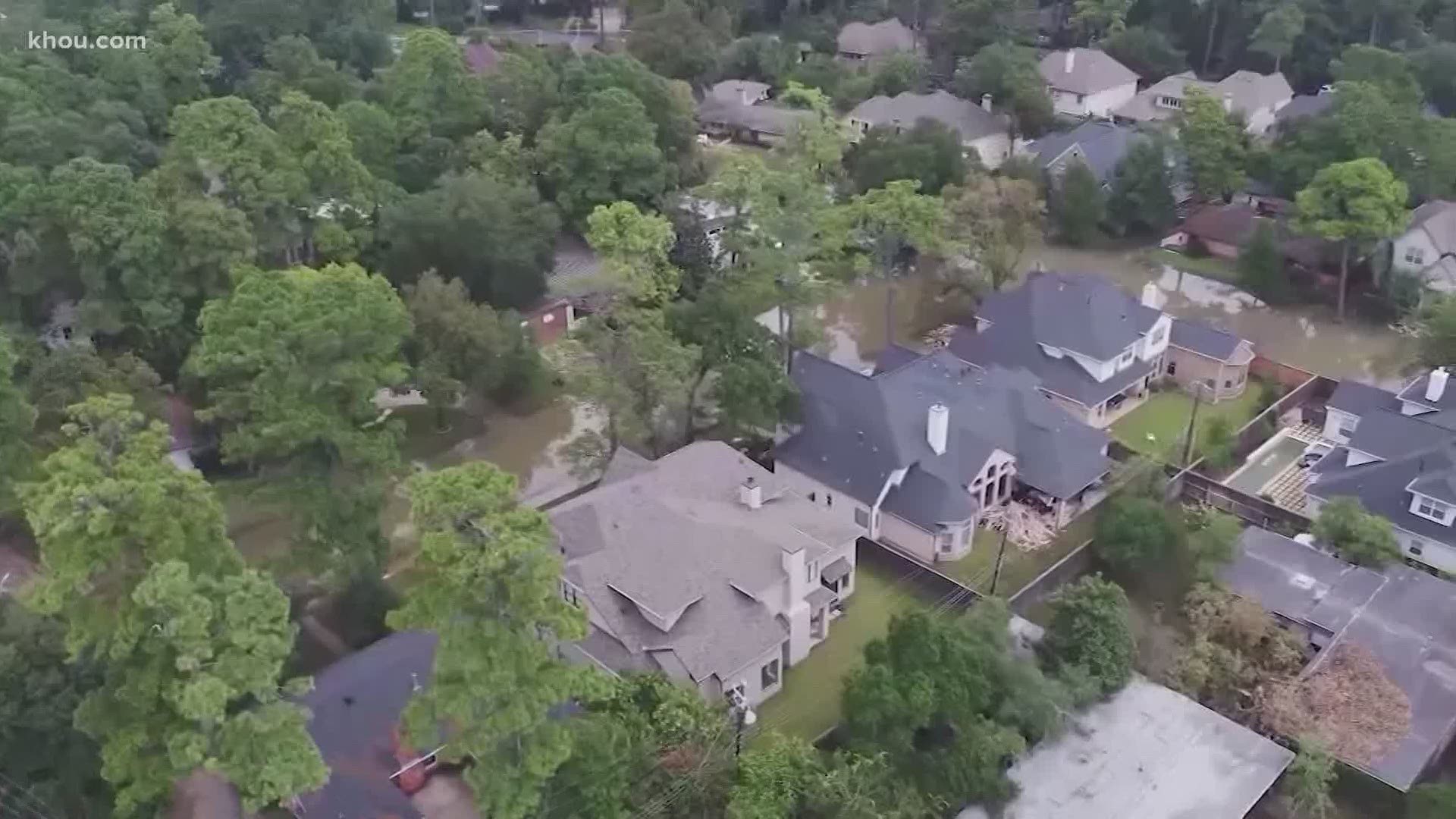 HOUSTON — A new website launched Monday that ranks the flood risk for every property in the United States.

“Flood Factor” considers the impacts of rain, storms, rivers and rising seas to offer information on the current and future flood risk on a 1-to-10 scale.

The website shows 30% of Houston properties are at risk: "Flood risk is increasing for Houston. As sea levels rise and weather patterns change, flood risks will increase. Approximately 186,484 properties are already at risk in Houston, and within 30 years, about 202,320 will be at risk."

There are also 30% of the homes at risk in Beaumont. According to the site: "Flood risk is increasing for Beaumont. As sea levels rise and weather patterns change, flood risks will increase. Approximately 15,794 properties are already at risk in Beaumont, and within 30 years, about 16,438 will be at risk."

New Orleans is in worse shape with 98% of properties at risk: "Flood risk is increasing for New Orleans. As sea levels rise and weather patterns change, flood risks will increase. Approximately 148,197 properties are already at risk in New Orleans, and within 30 years, about 148,232 will be at risk."

The nonprofit research and technology group First Street Foundation is behind the data on more than 142 million homes and properties across the country.

"The higher the number on that 1-to-10 scale, the better chance a property has of flooding over a 30-year mortgage. People can look up a property’s Flood Factor and learn more about its past, present, and future flood risk at FloodFactor.com."

Look up your address here: https://floodfactor.com/

According to the group, FEMA classifies 8.7 million properties as having a “substantial risk” of flooding.

“The First Street Foundation Flood Model identifies nearly 70% more or 14.6 million properties with the same level of risk. This means nearly 6 million households and property owners have underestimated or been unaware of their current risk. This discrepancy exists because the Foundation uses current climate data, maps precipitation as a stand-alone risk, and includes areas that FEMA has not mapped.”

After adjusting for environmental factors, the risk grows to 16.2 million properties by the year 2050, according to the group, which states “FEMA’s method assumes stationarity, First Street’s does not.”

FEMA told Reuters, that First Street's maps 'build on those created by the agency and the two are not incompatible'... and the agency told CNN that it's 'constantly working to improve the production of the Flood Insurance Rate Maps within the context of changing conditions.'

From First Street | The model was developed by more than 80 of the world’s leading hydrologists, researchers and data scientists from First Street Foundation; Columbia University; Fathom; George Mason University; Massachusetts Institute of Technology; Rhodium Group; Rutgers University; The University of California, Berkeley; and the University of Bristol. Building upon their decades of peer-reviewed research and model outputs, as well as data from FEMA, the USGS, NOAA, and other government agencies, the collaborators were able to create the country’s first publicly available comprehensive flood risk model.

RELATED: Hurricane preparation tips for insurance: Before, during and after the storm

RELATED: Hurricane season: What are the dangers?