Longtime Stafford mayor, in office since 1969, plans to run again

Stafford Mayor Leonard Scarcella first took office in 1969. He's planning on seeking another two-year term in 2019. The 78 year-old credits jogging and staying engaged for his longevity. 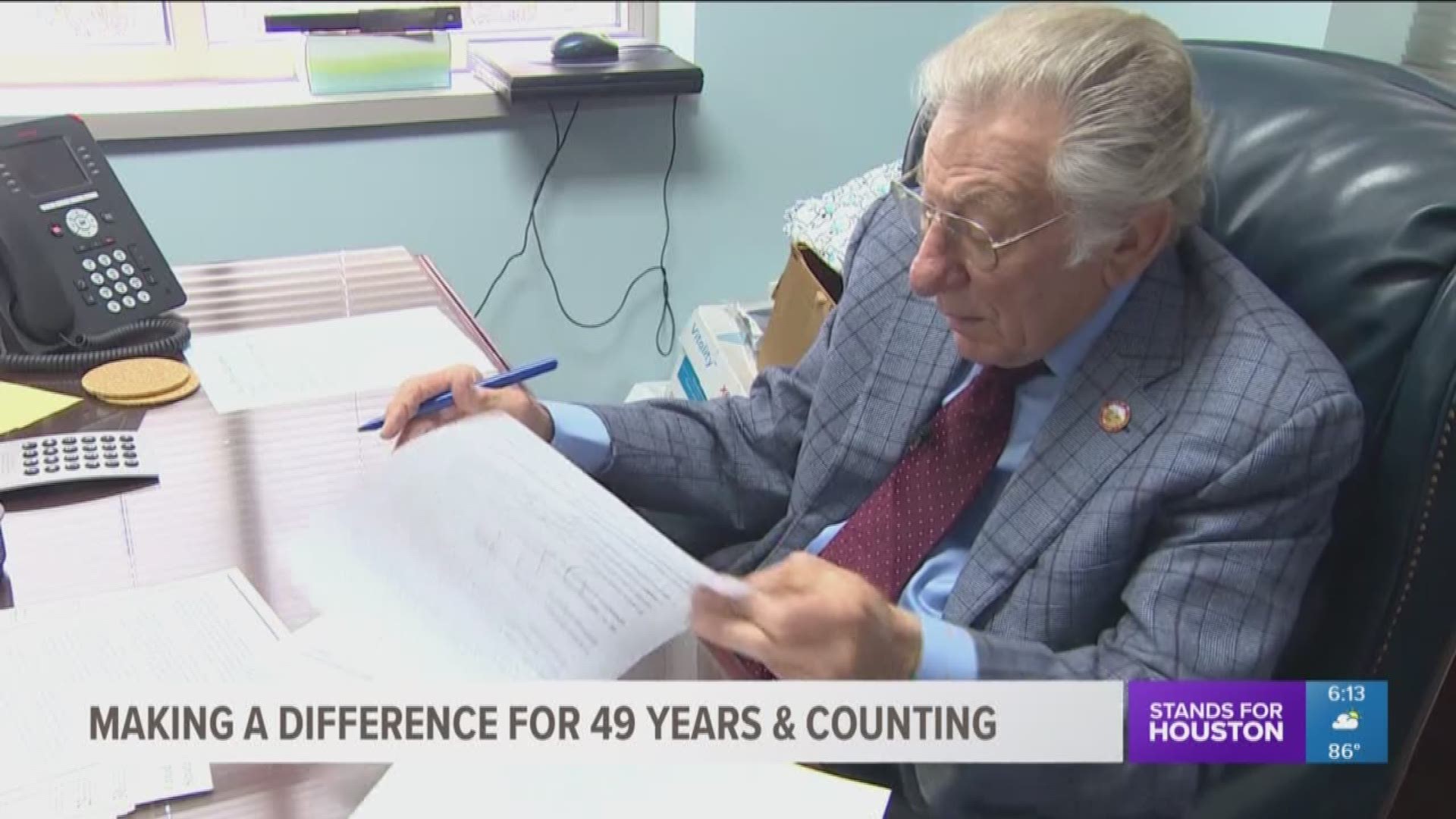 Leonard Scarcella of Stafford has already been in office 49 years this month, but he still has some big ideas for the Houston suburb.

“I became mayor when Richard Nixon was in the first year of his first term,” said Scarcella. “Man had just landed on the moon.”

Unlike Nixon, Scarcella never left office. He’s been re-elected every two years since 1969. He’s gotten no less than 6 percent of the vote and as much as 85 percent. He has continuously worked the part-time job with what he calls full-time focus.

“Recognizing that the people want you to spend their money widely, take care of them, and make sure that you don’t do anything that they think is inappropriate,” said Scarcella. “And that you have their best interest at heart.”

The 78-year-old Scarcella was born in nearby Missouri City. Stafford was only incorporated 13 years before his first election. The population has sextupled since then.

“Houston stopped at Sharpstown and there wasn’t anything else,” said Scarcella.

Scarcella helped establish Texas’s only municipal school district in the 70s, instituted zoning laws in the 80s, and got city property taxes abolished in the 90s. He credits aggressive infrastructure improvements for helping Stafford escape catastrophic flooding during Harvey. He helped celebrate plans for a massive new development on the old Texas Instruments property just this week.

“We’ve got a lot of old buildings in the city that really need to be renovated and rejuvenated,” said Scarcella.

That’s one of the things on Scarcella’s to-do list. He’d also like to extend rapid transit from Houston to the Southwest suburbs, beginning with his.

“We’d like to get it all the way out to Rosenberg,” said Scarcella.

The lifelong bachelor and practicing attorney has no intention of slowing down himself. He jogs three miles every morning before getting back to the job he still loves to do.

Mayor Scarcella has had challengers over the years and said a current council member may run against him next year. Voters will also be deciding on term limits which Scarcella opposes.