The near four-decade-old costume rental shop is shuttering its doors for good this December. 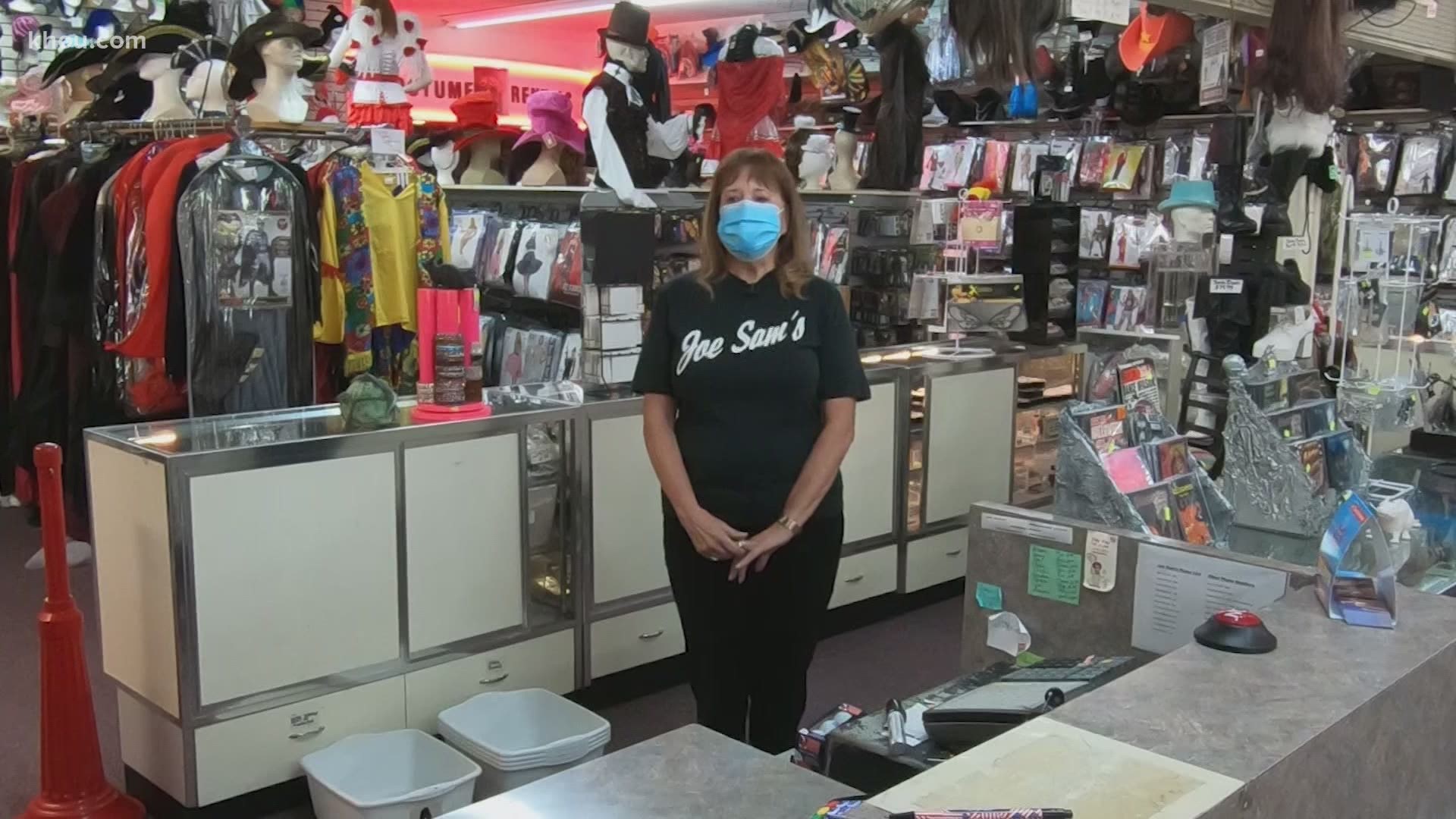 PASADENA, Texas — Over the last 38 years, Joe Sam's Fun Shop in Pasadena has held its fair share of sales, but a closeout sale is one owners Sharon and Jerry Wiess never imagined they’d be holding so soon.

"You know, it's really sad. It's one of those things. We really weren't going to retire for a couple more years, because we just kept loving the building and loving the people,” Sharon Wiess said.

The near-four-decade-old costume rental shop is shuttering its doors for good this December. Like so many other small businesses, they’ve been struggling to survive during the pandemic.

"It was pretty much a done deal for us, you know. We didn't have a choice,” Sharon Wiess said.

Sharing a common love for Halloween, Sharon Wiess started Joe Sam's Fun Shop in 1982 with her dad, whom the store is named after.

Since then, it's grown to become what it is now: a 5,500-square foot shop of fantasy and wonder. Sharon Wiess and her husband eventually took over, renting out elaborate costumes and even built custom mechanical props for clients, including once for world-famous fashion designer Marc Jacobs.

As you might imagine, every inch of the business is a touching memory for Sharon Wiess. However, she said it’s truly the people she's met through the years that's made her shop what it is.

After making the closing announcement, Sharon Wiess said she’s received an outpouring of support from the community.

"It really makes us feel special. I want to thank them, because if it wasn't for them, we wouldn't have made it for 38 years,” Sharon Wiess said.

Customers said the closing of this community staple is truly an end of an era.

If you’d like to support Joe Sam’s Fun Shop, they’re having a closeout sale with everything 50 percent off. They're open from 10 a.m. to 5 p.m. Tuesday to Saturday.