He's in critical condition on a ventilator, and the family is looking for answers. 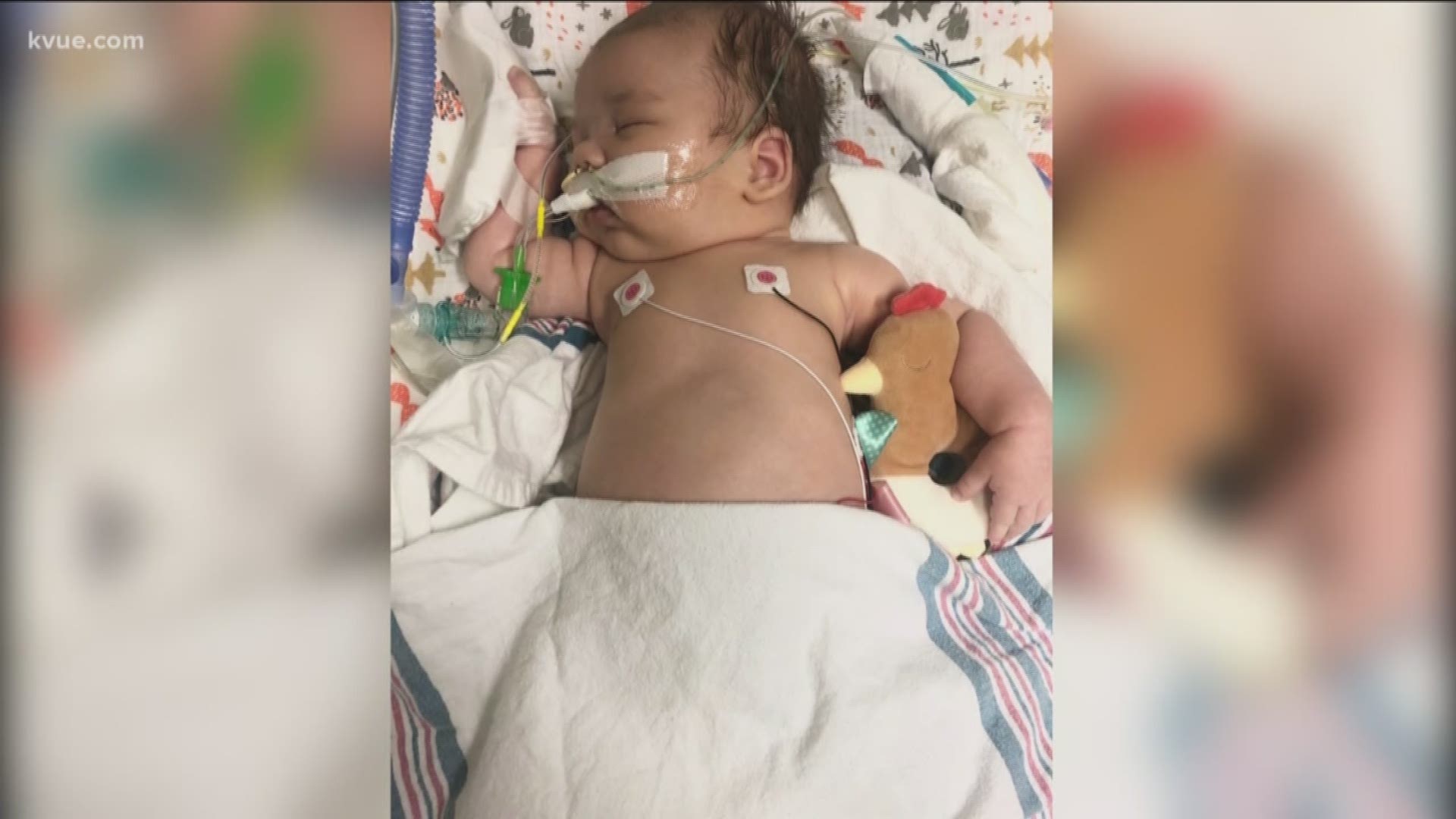 AUSTIN, Texas — For days, a Lockhart family has watched their baby boy in a hospital bed, hardly able to move at all.

He's in critical condition on a ventilator, and the family is trying to figure out why. Doctors believe he could have a rare illness that's left him paralyzed.

For the first six weeks of his life, things seemed to be going well, but things quickly took a turn for the once-healthy baby boy.

“To see your baby just laying there like, I can't even describe that it's terrifying," said Amanda Schafer, mother of Lincoln James.

James is now lying in a hospital bed in ICU at Dell Children's Medical Center in Austin after his family noticed a change in his movement.

“He was not moving his arm much anymore. His head was very wobbly. He was having a hard time eating and he was kind of gagging on breast milk when he was trying to nurse,” Schafer explained.

His mom said doctors believe he could have a rare illness called infant botulism.

“In a year, we may have one or two children,” said Dr. Sarmistha Hauger with Dell Children’s.

Hauger is a doctor who treats this type of illness. She said infant botulism starts off as a germ that creates a toxin in the body. It ultimately affects your nerves, causing paralysis.

“You have paralysis and you may not be able to eat properly, breathe properly, eliminate properly – those things you have to get supported through," said Dr. Hauger.

But, the question is how could something like this even happen?

“The way that mostly this infection shows itself is it is a germ that's in soil, vegetables, vegetation materials, plants – it's everywhere,” said Dr. Hauger.

She said most of the time the germ has to be ingested through food.

“Babies are being fed and so it's got to be some kind of contamination in their food or water," said Dr. Hauger.

RELATED: This 9-year-old is raising money for rare diseases one cookie at a time

The good news is that she said the potentially deadly illness is treatable. Doctors fly in medicine from California and the paralysis will wear off as long as doctors catch it early. That's what Lincoln’s family is hoping for as they watch their little boy fight for his life.

“I'm hopeful that everything will get back to a healthy, happy baby,” said Schafer.

Doctors want to caution parents to not feed their baby any damaged canned goods or honey. In this case, the family tells us they've only fed their child breast milk and formula.

The family is still waiting on test results to come back, but since treatment started, we’re told Lincoln has made some improvement.

You can support the family through their GoFundMe page.

Neighbors spring into action when coyote carries off dog