A drumline comprised of UNA students and alumni performs outside of Toyota Field before Tuesday home games. 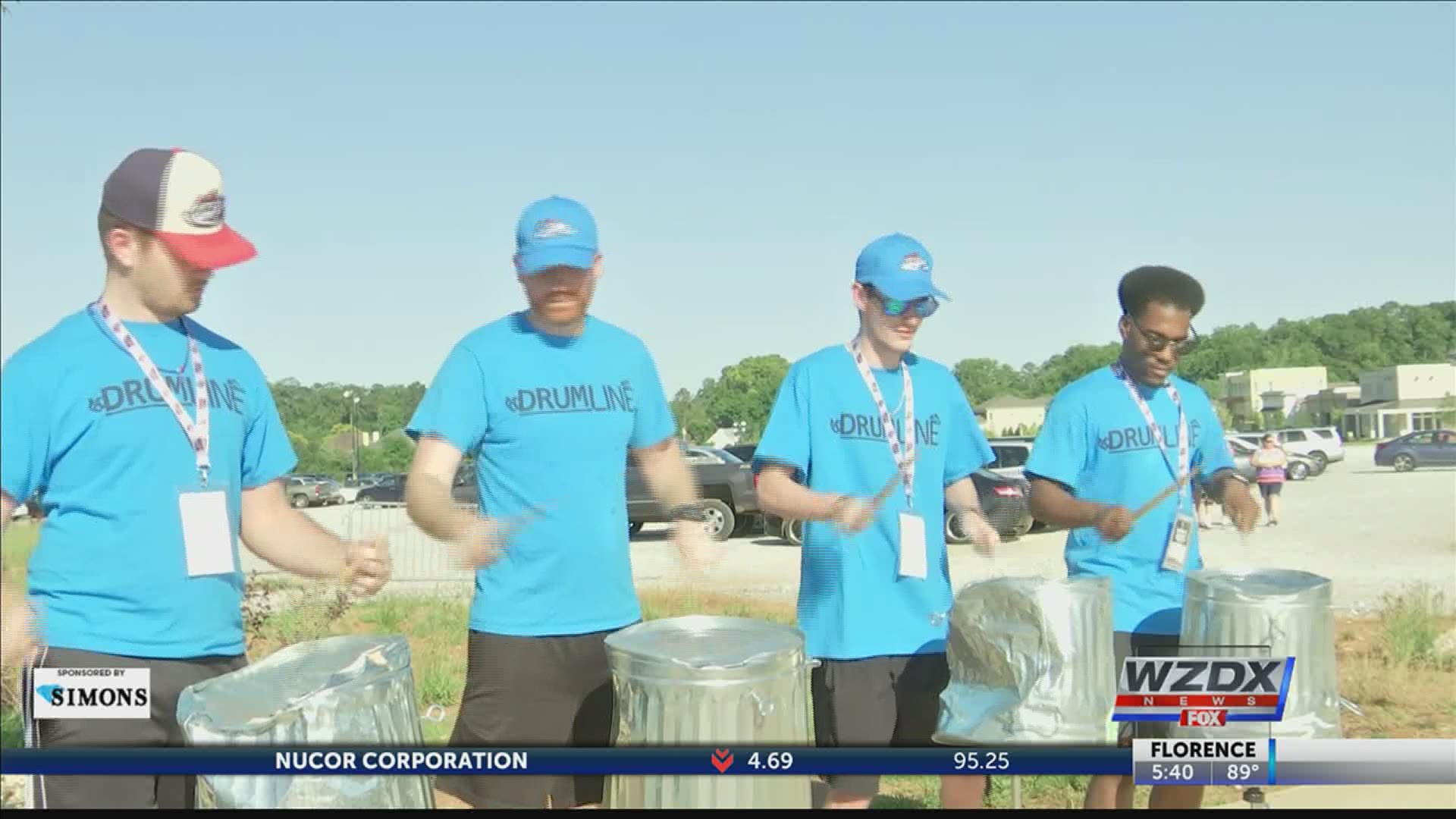 MADISON, Ala. — Standing in a line is boring. Group-waiting can quickly mount to a palpable sense of anticipation...and irritation. Need a distraction? How about a different kind of line? A drumline…like the one that plays outside Toyota Field before Tuesday home games for the Trash Pandas.

“They announced that the team was coming, and I knew that a lot of teams like the Braves have the heavy hitters and things like that,” said Tracy Wiggins, the Assistant Director of Bands and the Director of Percussion at UNA. “And I thought that a drumline would be a really cool thing to have at the baseball games. So, I contacted Ricky Fernandez and offered to put a group together if they were interested. Came up and met with them and they thought that it would be a really cool idea.”

Once given the green light, Dr. Wiggins reached out to students and alumni of the University of North Alabama, asking if they'd be interested in laying down a funky beat for patient baseball fans to enjoy.

“So, around last January or February, we kind of all got a message from Dr. Wiggins who was like ‘Hey, the Trash Pandas, I’ve talked to them and we’ve talked about having a drumline. Are you guys interested?’” said Caleb Tonini, a fifth-year senior at UNA. And immediately like almost half the drumline, about 30 of us were like ‘yeah, of course. We’ll do this every time.’ We got a schedule built and then, obviously, the pandemic happened so that kind of got put on hold. And when they announced the season back, we all jumped right back on board.”

So, if you’re at a Tuesday home game…you may not dread the line after all. Because these repurposed trash cans may give you another reason to be on your phone - filming - or get some cardio in - dancing.