HOUSTON – The funeral services for 7-year-old Jazmine Barnes is expected to be well-attended by loved ones, friends and strangers whose hearts have been captivated by the little girl at the center of the heartbreaking story.

The 7-year-old’s services start at 10 a.m. with a public viewing then the homegoing at noon.

The services will be held at Community of Faith Church, located at 1024 Pinemont Drive, Houston. They were originally to be held at Green House International Church. 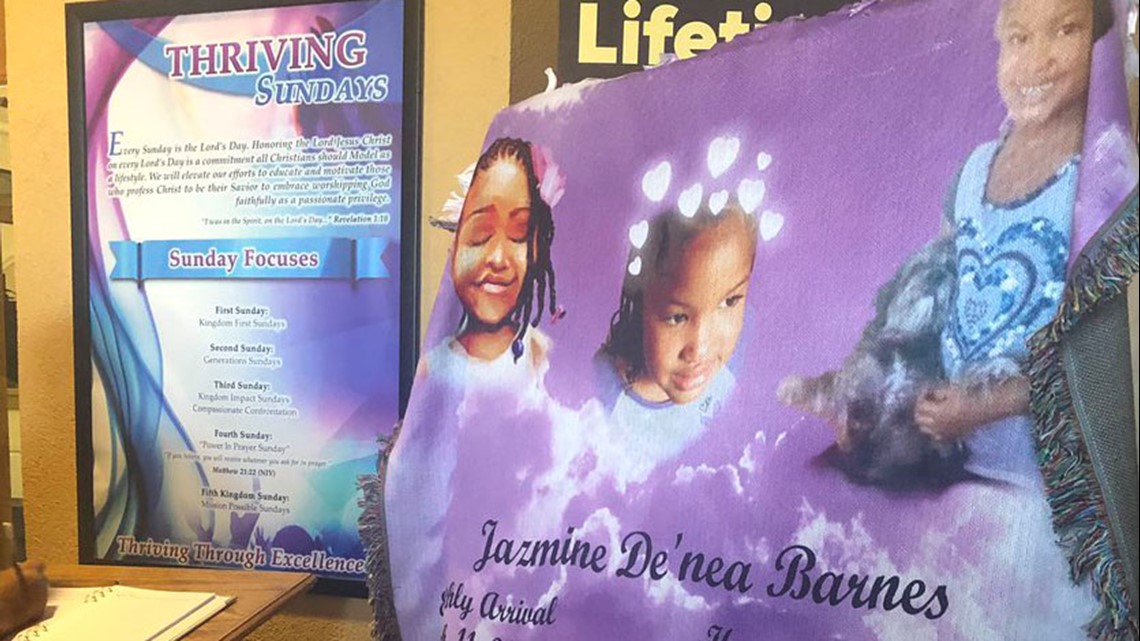 11:25 a.m. - Harris County Sheriff Ed Gonzalez arrived at Community of Faith Church for the funeral. He vowed that he would not rest until her killers were found.

11:15 a.m. - In the program for Jazmine Barnes' funeral service, it lists "Create a Safer Place for Me" and Oh How Precious" as two of the songs that will be sung.

9:40 a.m. - A beautiful purple custom blanket with some of the photos of Jazmine Barnes is on display as members of the community sign the guest book for the funeral.

9:10 a.m. - The Houston Texans sent one of the two arrangements on display at Community of Faith for the funeral of Jazmine Barnes.