For her Gold Award project, Jillian Hamrick wanted to give back to her local police department, which was in need of a K9 unit. 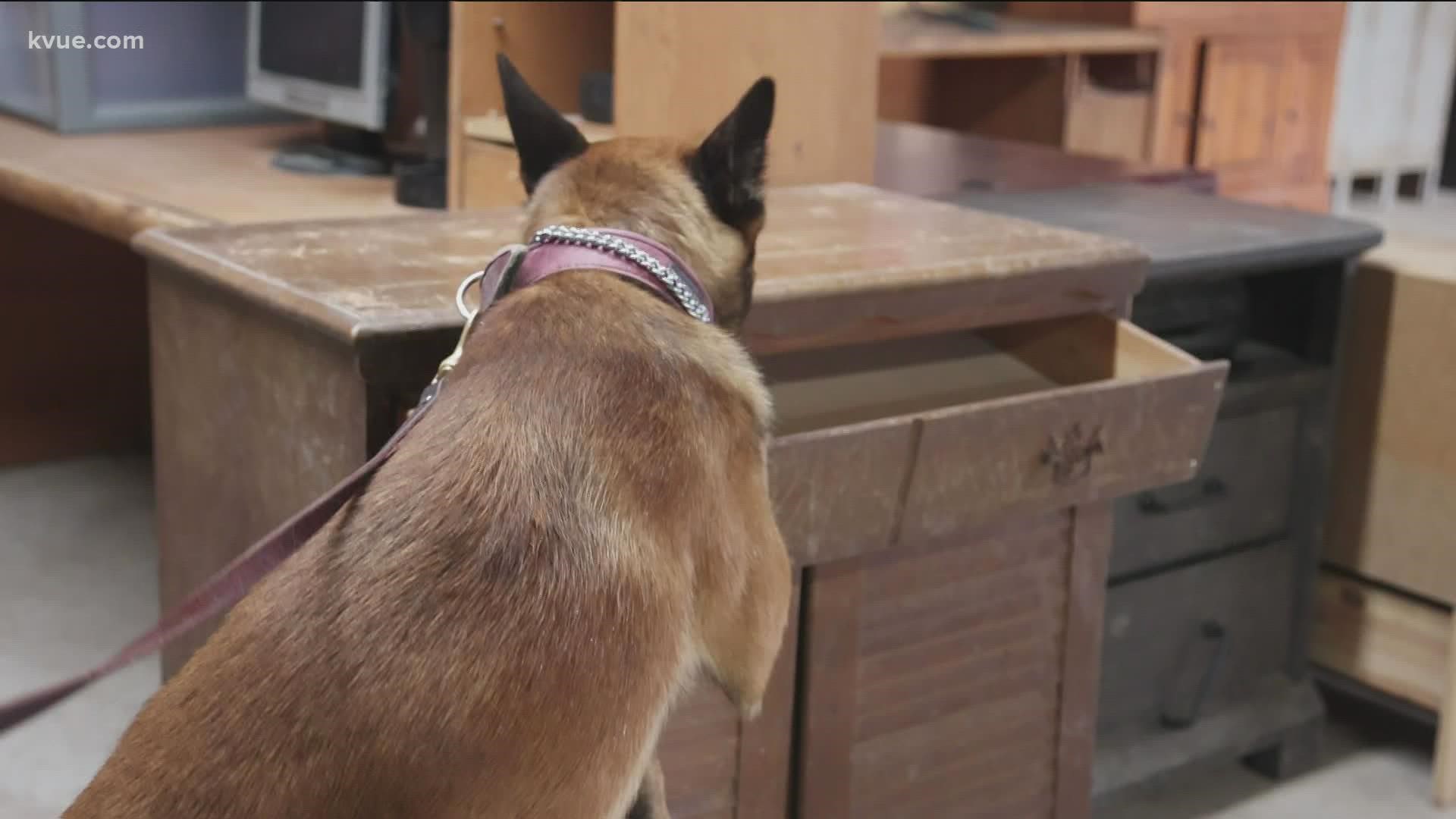 LIBERTY HILL, Texas — Training a police dog to track the scent of drugs or explosives takes months and thousands of dollars. It's part of what makes it difficult for police departments to get a K9 unit.

At Pacesetter K9 in Liberty Hill, however, dogs are getting trained to be working K9 units.

Jillian Hamrick is one of the people assisting in the training with Pacesetter's owner, Brad Langham.

"I've never seen a high schooler that wanted to come out here and do this," said Langham. "She's been here every day [this summer] working dogs with us. We send her down to the kennels and some of it's not pretty – cleaning kennels."

Langham is donating thousands of dollars worth of training to Hamrick for her project.

"Yes, so she's put in a lot of work, so it's super cool to see someone so young, so motivated to be able to do all that kind of stuff," he said.

After completing the course, Hamrick plans to raise more than $4,000 to buy the Liberty Hill Police Department its own K9. She will handpick the animal in Poland with the help of Langham. Then the actual training of the K9 unit begins – a process that takes about 3 months and isn't a small task.

"Not at all, and I only know the basics, so I only know how to search for narcotics," she said.

It's something the police department is ready to have as well.

"It's growing so fast. It's unreal around here, so getting started with the K9 program right now is great," said Chief Royce Graeter. "She's doing something great for the community long term."

It's just the beginning of her project, but it could help Liberty Hill for years.

Hamrick said the best way to donate is through Venmo at @Gina-Giachetti-1, or checks can be made out to Troop 40101 and mailed to 215 Sundance Trail, Liberty Hill, TX, 78642.

VERIFY: Here’s why Ivermectin is not authorized to treat COVID-19 right now

Mom shares final wish of daughter who died of COVID complications days after giving birth: 'Beg them to get vaccinated'