A manhunt for the suspect lasted several hours. He shot and killed himself as deputies moved in to make an arrest. 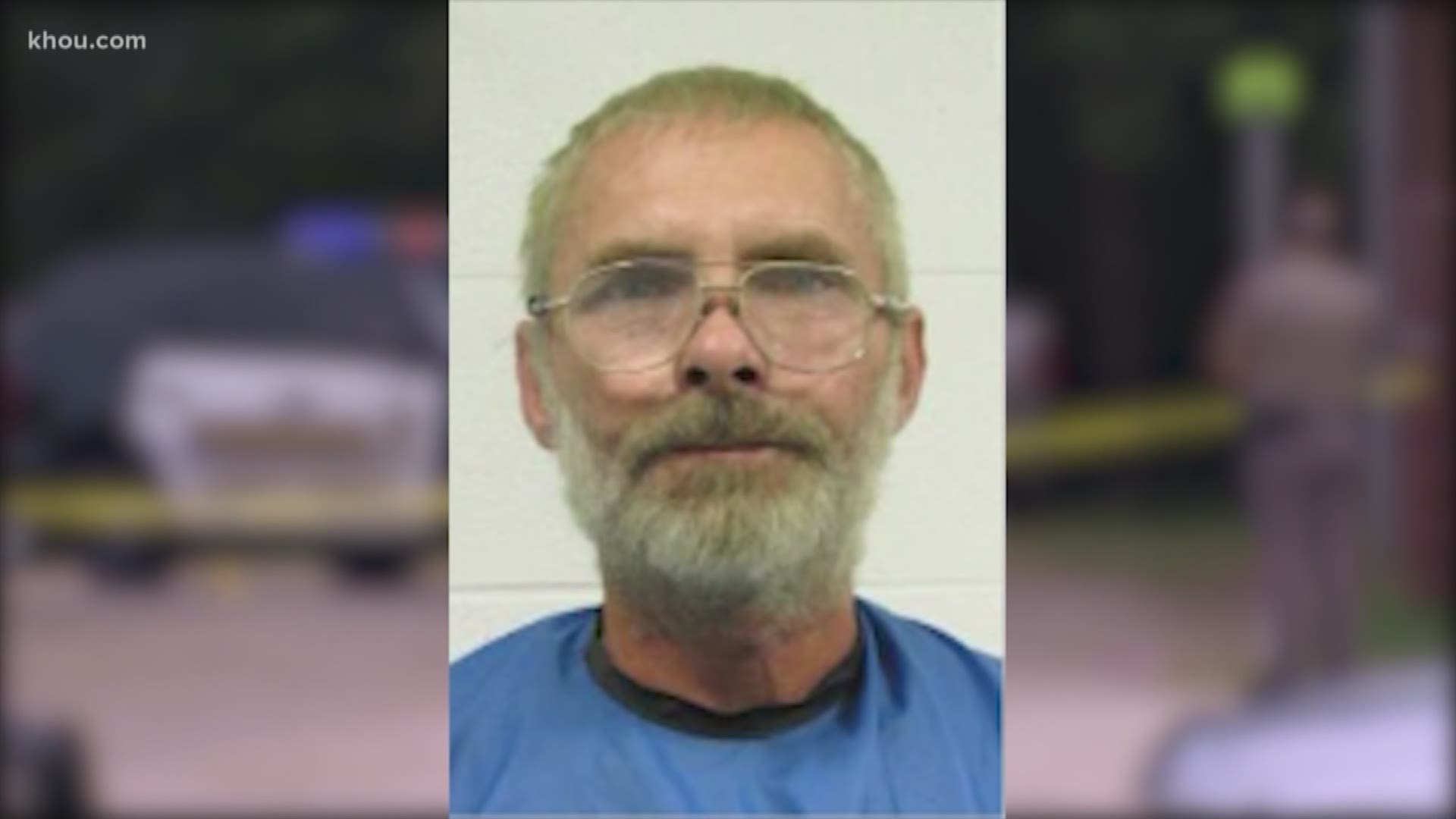 LIBERTY COUNTY, Texas — The manhunt for a shooter in Liberty County ended Wednesday afternoon after Pavol Vido shot and killed himself as deputies confronted him, according to the Texas Department of Criminal Justice.

Raider, a bloodhound from TDCJ, led deputies to Vido, 65.

He was hiding under a boat outside the Cleveland, Texas-area house they had surrounded hours earlier. The house wasn't far from the businesses where four people were shot earlier in the morning.

RELATED: Pavol Vido: Here's what we know about the suspect in Liberty County mass shooting

RELATED: Liberty County mass shooting witness: 'He was set to hurt somebody'

Deputies say Vido shot and killed a woman at B Dependable Plumbing in the 26300 block of Highway 321/E. Houston Street. Two men walked in, and Vido shot them as well before fleeing the scene. Both survived. 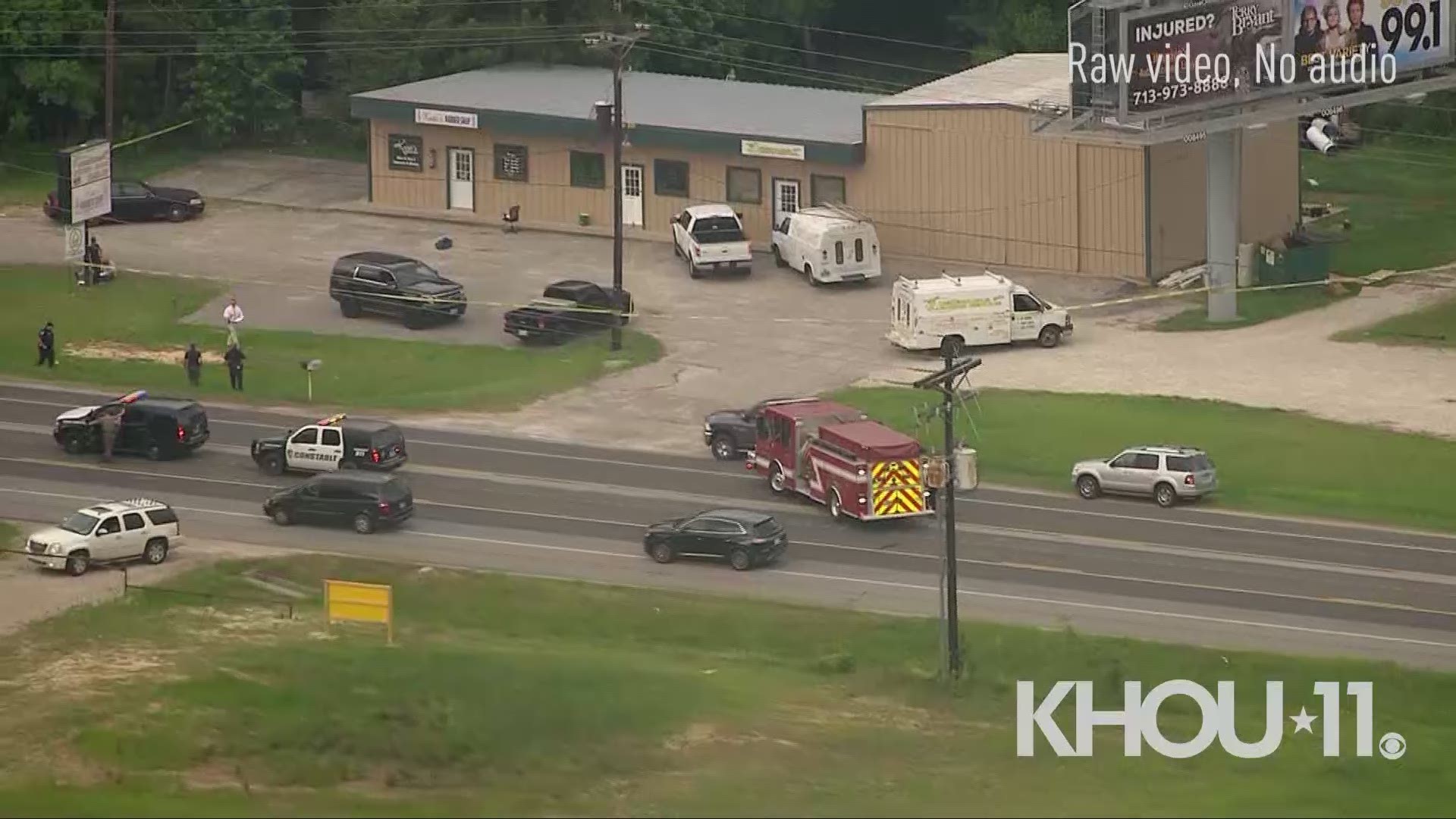 “One of our deputies jumped the vehicle as it was leaving the scene,” said Captain Ken DeFoor with the Liberty County Sheriff's Office. “The suspect jumped out of his car, started shooting at the deputy, the deputy returned fire. The deputy was shot one time in the throat.”

That second shooting happened outside of an animal clinic not far from the plumbing business.

The wounded sheriff's deputy, identified as Richard Whitten, was airlifted to Memorial Hermann Hospital in the Texas Medical Center. He is a 4-year veteran of the force. He's in critical condition but was stable at the hospital as of Wednesday evening.

The two men wounded at the plumbing business were taken to the hospital in Conroe.

All Cleveland ISD and Tarkington ISD schools spent the day on "lock-in" status,  as a precaution. The lock-ins were lifted around 2:30 p.m.

“Like all other mass shootings, it’s regrettable, it’s something you see no logic in and there’s no justifiable reason for something like this," said DeFoor.

Deputies are still investigating the events leading up to the shooting, but they believe he was being evicted. They say the suspect lived behind the plumbing company, and all three of the victims he shot there were employees.

There could have been more victims if Deputy Whitten hadn't intervened.

An employee of B Dependable Plumbing, who has been with the company for 14 years, told KHOU 11 all three victims are related, and he was the first on scene Wednesday morning after the shooting.

Although KHOU 11 has learned the names of the victims, we are not releasing them out of respect for their families.

The employee said he arrived Wednesday morning and saw his boss, who had been shot, running away from the building pointing back at the car Vido was leaving in.

A deputy arrived, and the employee warned him the man driving away was the gunman.

The employee said he went back inside and saw a male employee with a gunshot wound to the head and the female victim dead in a back office. He believes she was killed at some point on Tuesday afternoon or evening.

The employee helped his male colleague until paramedics arrived. He said the victim was talking.

The employee described the owners as kind people who go above and beyond to help their friends and customers. He said they often helped Vido, allowing him to live on their property and would provide him with food and water.

Lisa Bettilyon is the manager of the animal clinic where the deputy was shot. She tells KHOU 11 she is still in shock over what happened. She says the gunman could have easily turned his weapon on her and her employees.

“I just heard all the commotion and walked out the back door. I saw him standing there with a gun pointed towards the policeman," Bettilyon said. 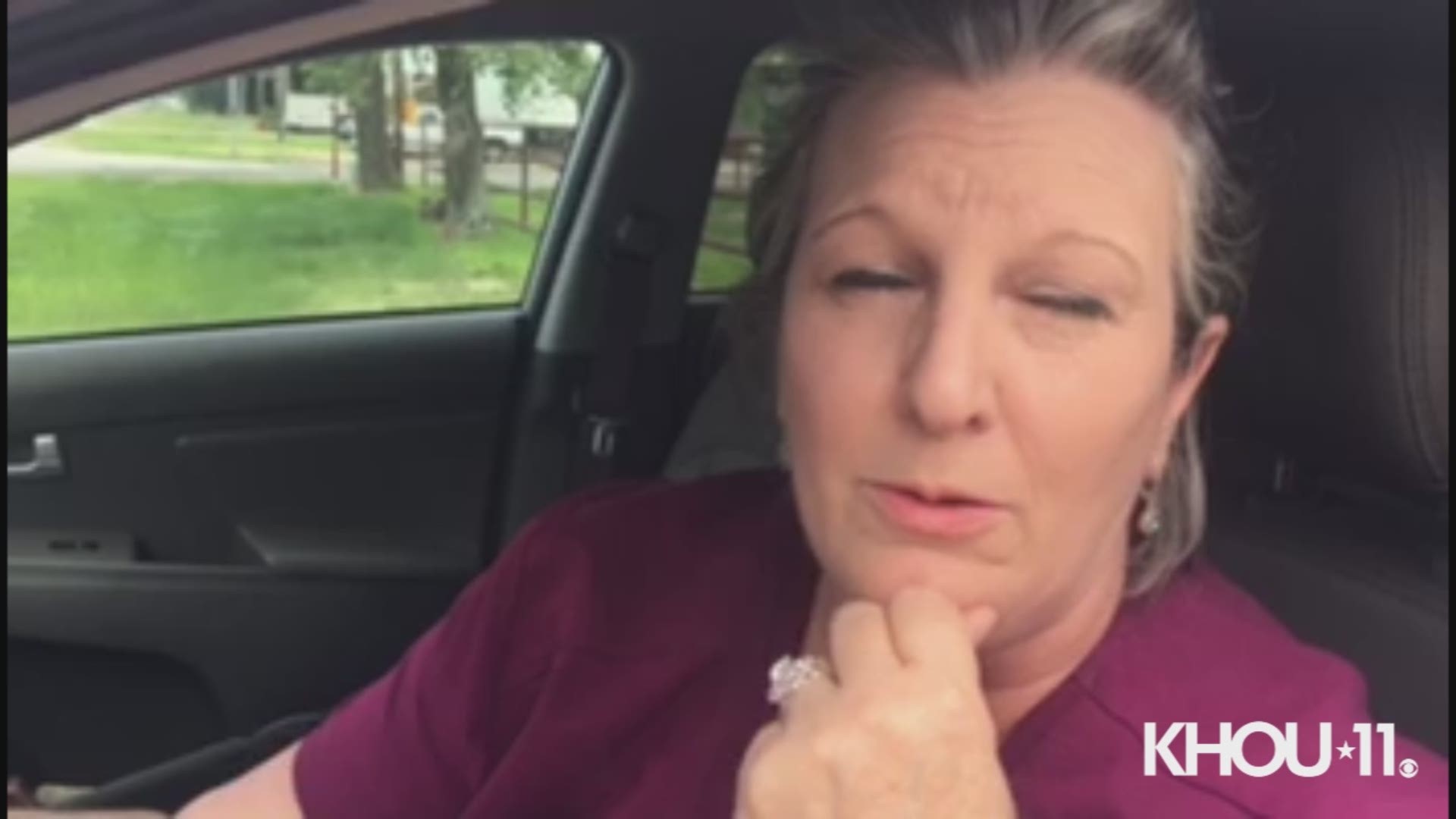 The clinic manager ran back inside and told three employees to hide.

“He was standing there, pointing the gun towards the cops. Very scary. Very very scary," said Bettilyon. “He was just determined, he had a gun pointed straight at them. He was set to hurt somebody, absolutely."

She also says she knows the deputy who was shot, saying he is a "sweet gentleman" who would bring his rescue kitty in.