Nathan Heathco was involved in a crash Jan. 15 along Highway 1409 before he was reported missing. 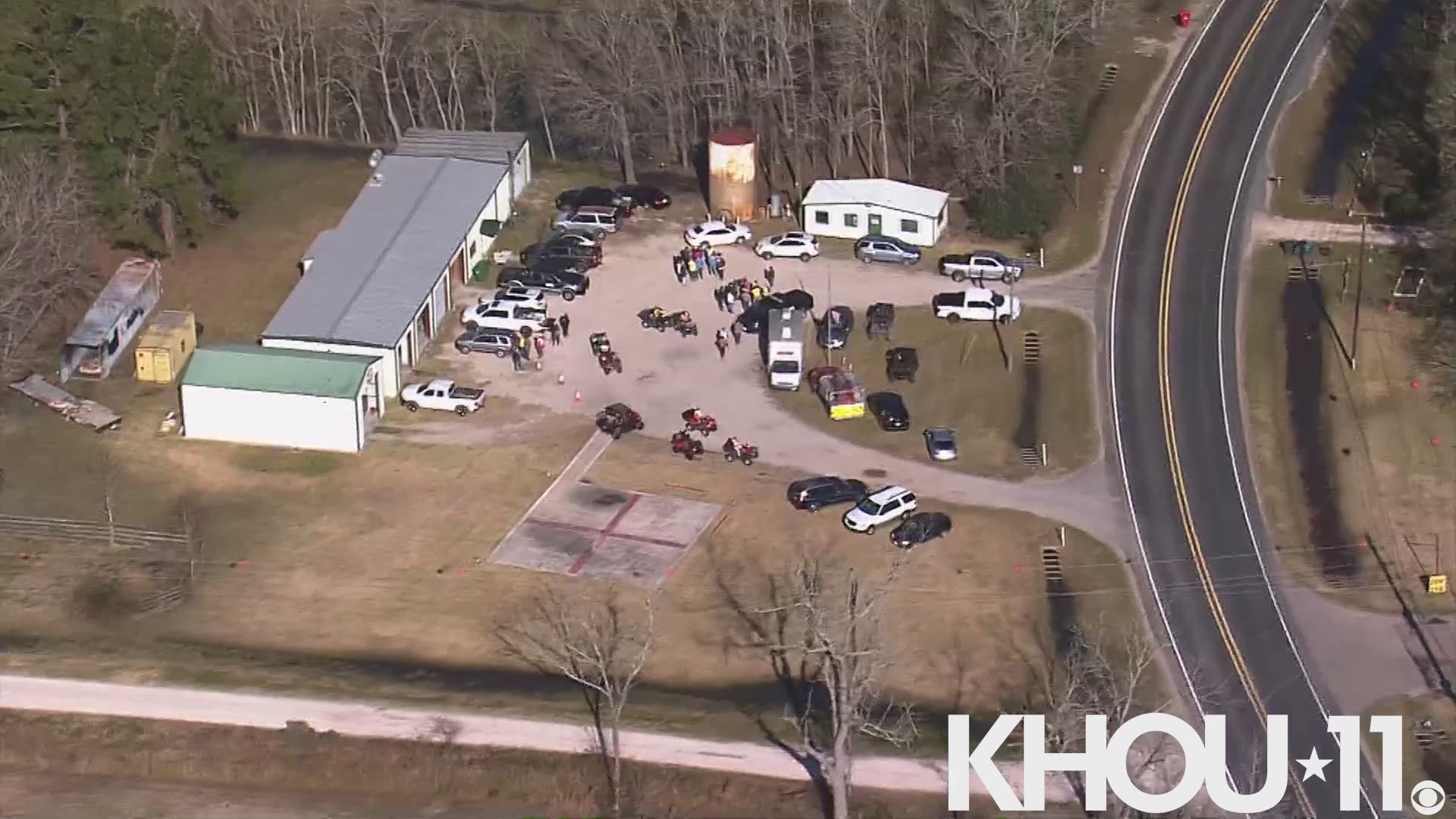 LIBERTY COUNTY, Texas — The Liberty County Sheriff's Office is trying to determine whether a body found near a fishing spot Sunday is that of Nathan Heathco, who was reported missing after a highway crash earlier in the week.

A fisherman was searching for a place to set up along a tributary that leads into the Trinity River when he found a body fitting Heathco's description, the sheriff's office said.

Investigators are currently awaiting autopsy results to determine a cause of death and to confirm the man's identity.

Editor's Note: Above video was published Jan. 16, 2021 when Texas Equusearch crews were searching for Nathan Heathco.

The body was on the bank of a wooded area near a small body of water and behind a private residence, according to deputies.

LCSO said the area is outside the search perimeter Texas EquuSearch set up Friday.

Heathco, who is 22 years old, disappeared Jan. 12 after  his vehicle went off road and crashed into a ditch along Highway 1409. He was on his way to visit a friend, deputies said.

Heathco was caught on surveillance walking past the fire station where search crews were staged and then walking to a nearby store. Officers said he then continued south on the highway and was never seen again.