The Montrose Center said before Law Harrington, many LGBTQ seniors in Montrose and Third Ward feared discrimination and were forced back in the closet. 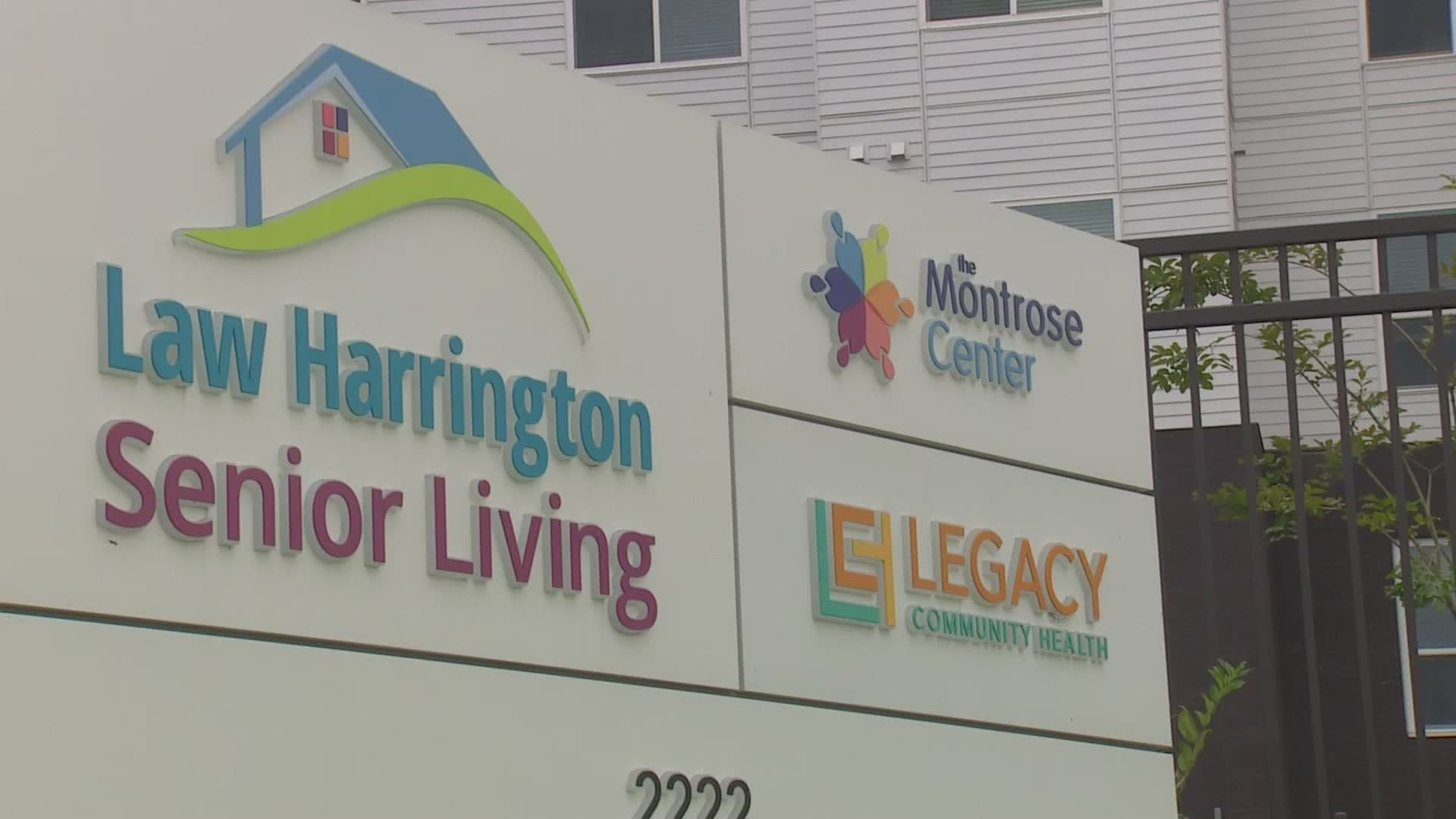 HOUSTON — We continue to celebrate Pride month by going inside a first-of-its-kind senior living center in Texas.

The center gives the first generation of out LGBTQ seniors a place to be themselves.

“The biggest thing for me is that this is my space and it’s home,” Bell said.

The 71-year-old has spent most of her life living with family or renting a room in someone’s home, not being able to be her true self.

“There was a lot of uncertainty,” Bell said. “Was I going to be able to stay there? Was there circumstances going to change? Where would I find somewhere else?”

Bell is a proud member of the "Alphabet Mafia," better known as the LGBTQ community.

It’s a community that until now didn’t have a safe space for seniors in Texas to live out their golden years.

“It’s really hard for them to live in communities where no one else is like them, no one understands them, the staff may not want them there or people don’t feel like they belong," said Kennedy Loftin, chief development officer for the Montrose Center, which runs Law Harrington.

Loftin said before Law Harrington many LGBTQ seniors in Montrose and Third Ward feared discrimination and were forced back in the closet.

“So being able to keep these seniors close to what they built, it’s at least what they deserve,” Loftin said.

The affordable housing complex is open to all, but residents must meet income requirements and be 62 or older.

Behind the rainbow-colored stained glass, residents like Bell feel pride living somewhere that accepts them for who they are.

“I hadn’t realized how much I didn’t have the sense of home until I now have one,” Bell said.

The Law Harrington Senior Living Center will hosted a grand opening on June 24.