HPD: Boyfriend killed in head-on crash after he hit girlfriend's car to try to stop her from leaving 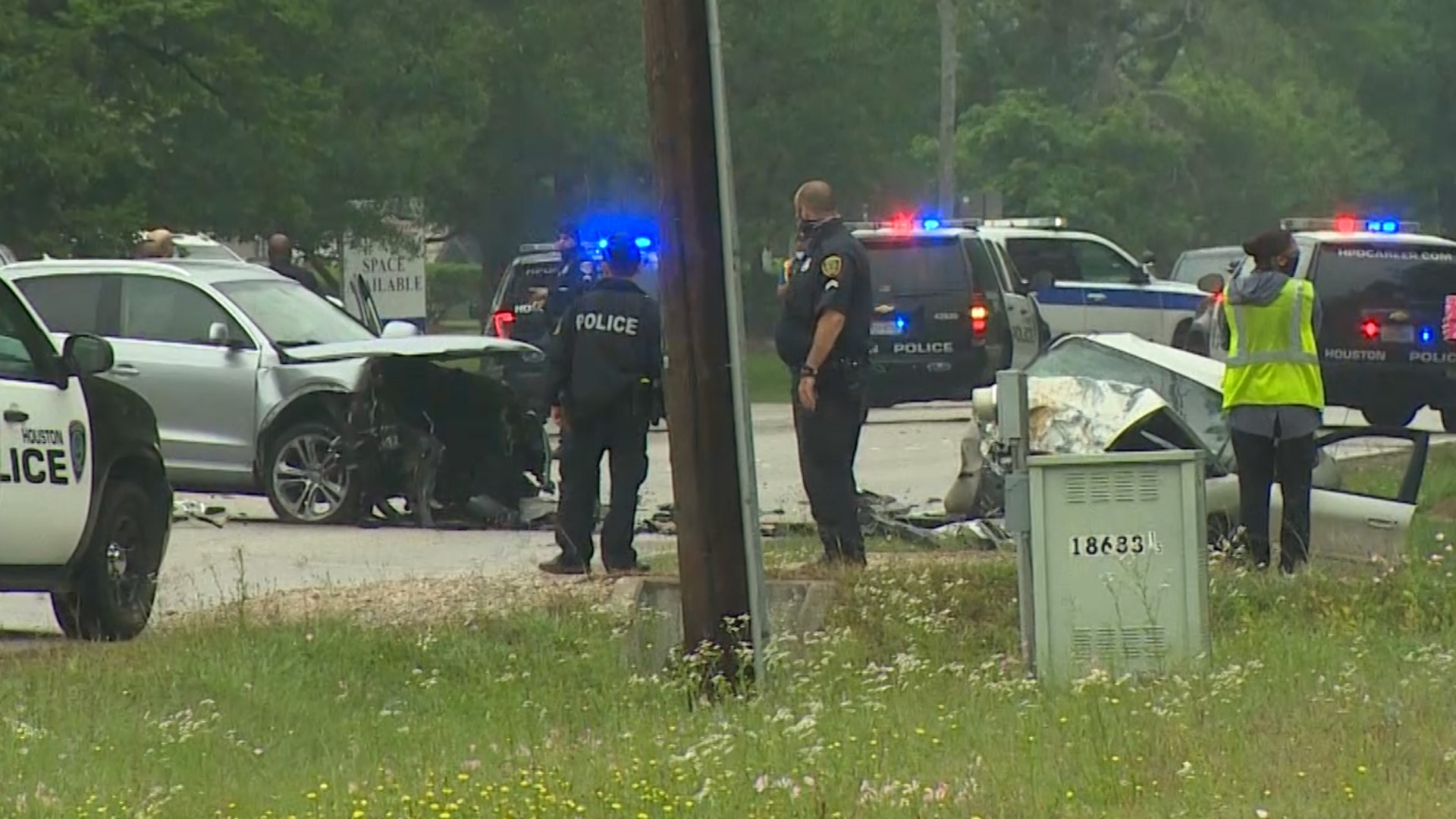 HOUSTON — A deadly crash that shut down roads near Bush Intercontinental Airport early Friday was the result of a domestic dispute that led to a chase, Houston police tell KHOU 11 News.

Note: the video in this story is raw scene video with no audio

The incident happened shortly after 8 a.m. in the 18700 block of Lee Road. A total of five vehicles were involved, according to preliminary information from the Houston Police Department.

Police at the scene told KHOU 11 the wreck happened during a chase involving a girlfriend and boyfriend. The woman left her boyfriend in her car, but he followed her in his vehicle.

The suspect was allegedly weaving down Lee Road to try and stop her. He crashed his car into hers and then bounced off, going into oncoming traffic and causing a head-on collision with another vehicle.

The boyfriend died at the scene, police said. The person he struck survived, and no other serious injuries were immediately reported.

The scene was just south of FM 1960 at the northeast corner of the airport. At the time, drivers were warned to avoid the area, but the road has since reopened.

As per standard procedure, HPD’s vehicular crimes investigators are on the scene.