School principal was the victim in an apparent murder-suicide at her League City home, Texas City ISD confirms

Children were home at the time of the shootings, but they were not physically hurt, police said. 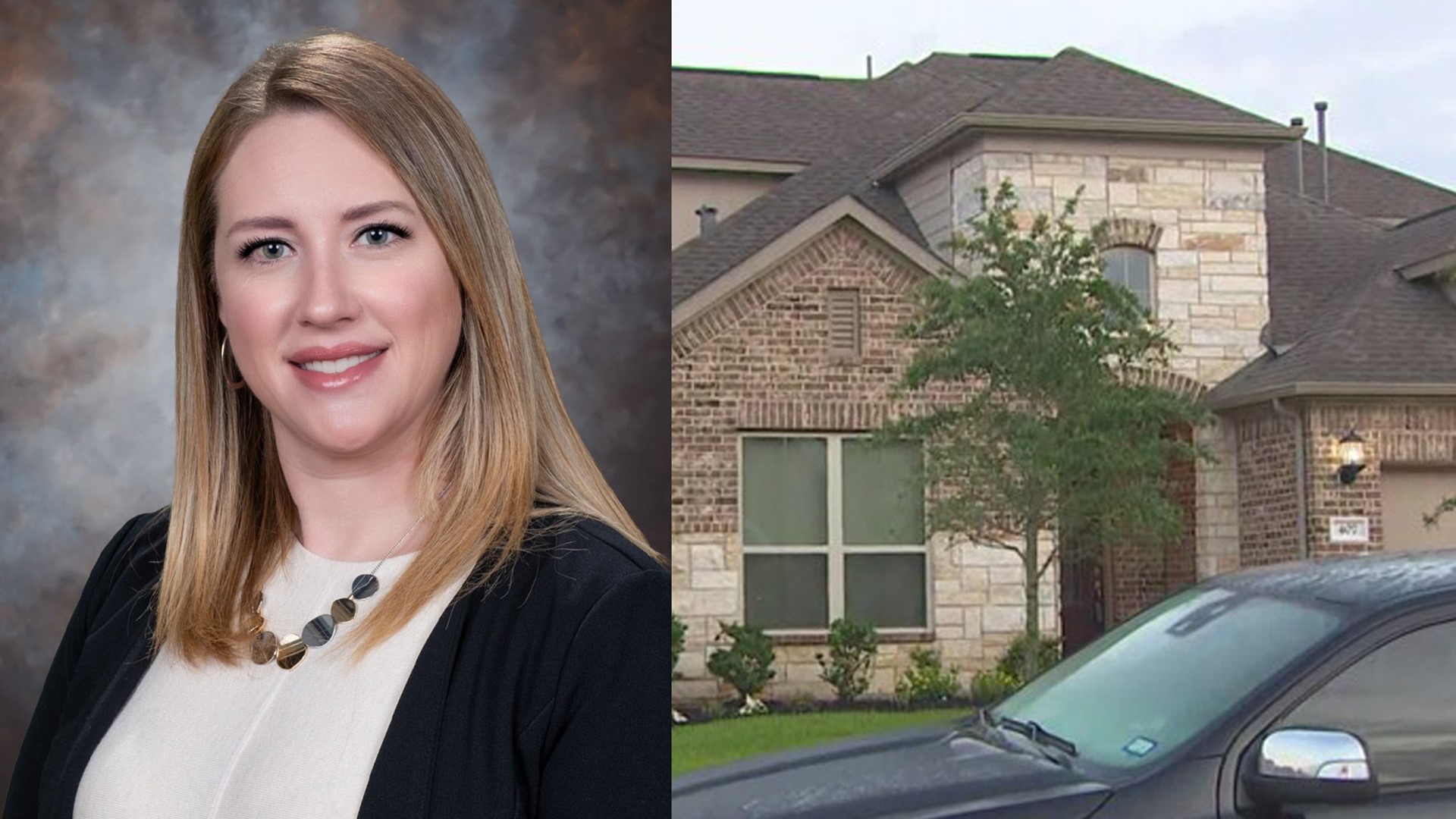 LEAGUE CITY, Texas — A husband and wife are dead after an apparent murder-suicide at their League City home where their children were nearby, police confirmed early Thursday.

Texas City ISD later confirmed the victim was an elementary school principal, and Spring ISD said her husband was an assistant principal there.

Police said they were first called to what was reported as a home invasion in the 400 block of Westwood at about 10 p.m. Wednesday.

“To lose her in such a tragic way is hard to handle.” @TexasCityISD is mourning principal Erica Allen after a suspected murder-suicidealso involving her husband, Nicholas Allen.. An asst principal for @SpringISD. I’m following the story for @KHOU: https://t.co/CWsfLG07tn #khou11 pic.twitter.com/Qkn9ZasAj6

Witnesses told police they saw Erica’s husband, 40-year-old Nicholas Allen, shoot her and then go back into the home.

Officers established contact with the husband and secured the property as a tactical team was called in.

Police said it was about 1:33 a.m. when the team went into the home and found the couple’s children, ages 7 and 2. They were not physically harmed.

The husband was found dead from an apparent self-inflicted wound.

“The investigation determined that the initial call of a home invasion was untruthful, and the incident stemmed from a domestic problem. Investigators are still on the scene at this time,” police stated in a press release.

Police said Nicholas Allen made that initial report of a home invasion.

Texas City ISD later confirmed Erica was a principal at Heights Elementary School. Spring ISD confirmed her husband, Nicholas, was an assistant principal within its school district. Both districts released the following statements.

Records show that Erica Allen previously filed for divorce and a temporary restraining order. The family home was recently sold.

"The cliché ... you don’t expect it to happen in your neighborhood, but it did," Brian Schilter said.

Schilter helped clean up his neighbor’s yard on Thursday. It was the yard where police found Erica Allen’s body

“I feel sorry for the kids, they’re the ones who are going to suffer ... from this happening,” neighbor Ann Flores said.

It is with great sadness that I am reaching out to inform you that our principal, Erica Allen, was killed tragically Wednesday night. Mrs. Allen will be deeply missed and our thoughts are with her family and friends as they grieve this heartbreaking loss.

Our plan is to not make the announcement of Mrs. Allen’s death at school. We want you as parents to be able to do that. We encourage you to be especially sensitive and prepared to offer support to your child during this time. Unexpected deaths like this impact children in different ways.

Over the next few days, encourage your child to express his/her feelings and listen attentively.  Counselors will be available to students and staff, and additional grief counselors will be on hand to support our students and staff through the remaining days of school. Former Heights principal and current central office administrator Nathan Jackson will be at the Heights campus until the end of the school year to provide support and leadership.

If you are concerned about your child or any child in our school community, please reach out to the school counselor by calling 409-916-0500.

Our school community is built on caring relationships.  Please know that my top priority has and continues to be the care and support of every student. It's important that we help support each other in the coming days. Please keep Mrs. Allen’s family and friends in your thoughts.

"Our entire Spring ISD community is devastated and shocked to hear about the passing of Nicholas Allen, who had served as an assistant principal at Wells Middle School since joining the district in July 2020. Our thoughts are with the couple’s children and extended family as they face overwhelming grief and sorrow in the days ahead."

Resources for domestic violence victims in the Houston area

There are always discreet resources available for victims of domestic violence and they should never be ashamed to reach out when they need it most.

BREAKING OVERNIGHT:
JUST AWFUL. A couple is now dead after an apparent murder-suicide. @LeagueCityPD say the husband shot & killed his wife, then himself while locked up inside a home here on Westwood Dr. w/ their 2 kids (7 & 2 YO).
Fortunately, children weren’t hurt. @KHOU pic.twitter.com/zDQEnSYnjZ