These are your stories of hope in a difficult time 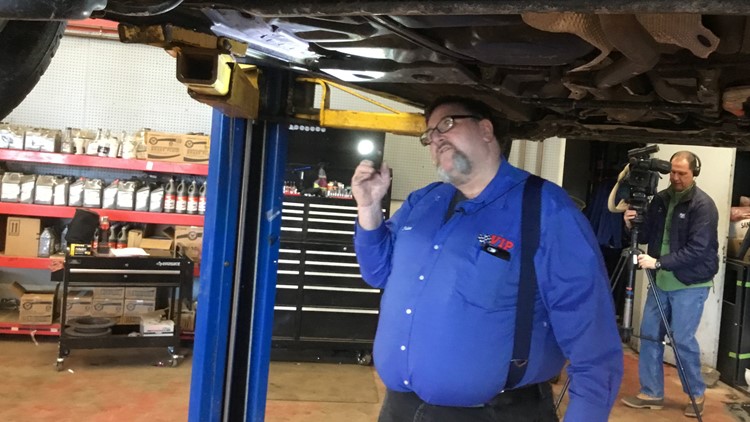 AUGUSTA, Maine — Maine drivers have to get their cars inspected once a year. But is that too much?

A state legislator wants to change the inspection cycle to once every two years -- and eventually eliminate it.

Rep. Rich Cebra (R-Naples) has tried to repeal or extend inspections several times before. He argues that 34 other states have now eliminated inspection requirements because modern cars and trucks are better built.

"I like for us to take a look at policies we’ve had for a long time and make sure we’re doing things at an optimal level," Cebra told reporters Tuesday. "And since there are so many states that have gone from an inspection to no inspection, there must be something there for us to look at."

"Anecdotally, we see about 25 percent of all vehicles failing inspections, and looking around the country, 3.2 percent of brand new vehicles will fail inspection in the first year," Scott said, adding that State Police believe annual inspections keep roads safer.

There were four bills submitted to the Legislature to change or eliminate the inspection system, three of them from Rep. Cebra.

On Tuesday, Cebra asked the Transportation Committee to eliminate those three bills, saying he will now work with Democratic Sen. David Miramant, who is sponsoring the remaining bill. Miramant’s bill as written would eliminate most inspections, but it isn’t known how it may be changed as hydro-process moves forward.

People in the car repair business, who also perform inspections, say that the current system should remain.

Brian Ryder of VIP in Topsham told NEWS CENTER Maine that virtually every day, they have vehicles that fail to pass inspections. Ryder said with the amount of salt and calcium chloride used in Maine roads, even recent model cars are damaged by rust, and that can damage brake components and other parts -- most of which will be caught by the annual inspection.